WWALS will present its activities at the Tourism Authority for the most populous city and county in WWALS’ watersheds. 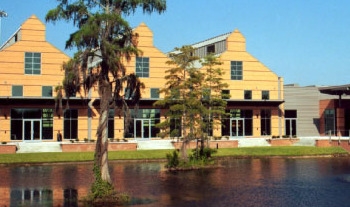 What: He will give the Tourism Authority Board a brief summary of what’s transpired in the WWALS world in the way of positive developments since November with this non-profit entity in its work that also benefits quality of life and tourism, including: END_OF_DOCUMENT_TOKEN_TO_BE_REPLACED

Orlando is just as affected as the Suwannee River by risks of the Sabal Trail fracked methane pipeline proposed by Spectra Energy of Houston, Texas. You can protest to FL-DEP, FERC, and your local, state, and federal elected and appointed officials, and to the news media. The Sabal Trail Pipeline has drawn opposition from a Florida group affiliated with WWALS Watershed Coalition Inc., which is based in Georgia. A chief concern is that the pipeline could impact Florida waterways and the drinking-water supply, said John S. Quarterman, director of the Florida and Georgia WWALS groups.

This is according to evidence FL-DEP itself sent to FERC in March 2014, showing the proposed pipeline path going through the most vulnerable area of the Floridan Aquifer, which as you can see on the map they included continues down to Orlando. END_OF_DOCUMENT_TOKEN_TO_BE_REPLACED