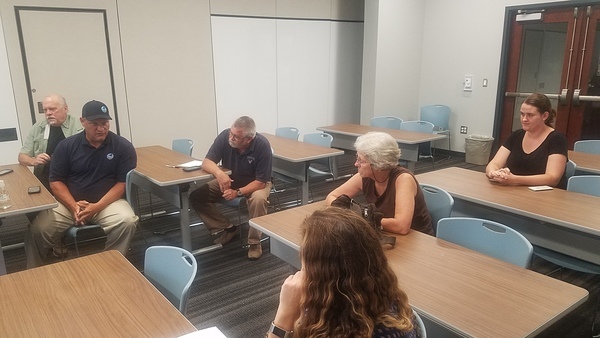 He apologized profusely several times for the spill. 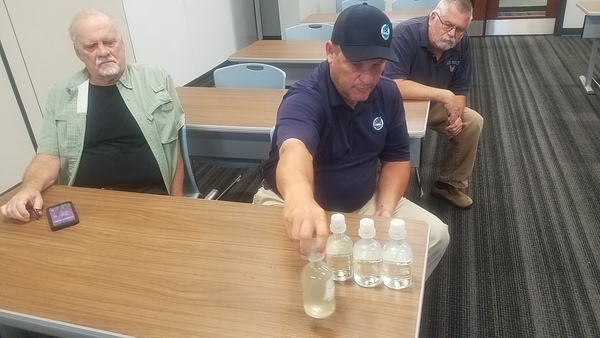 He also wanted everyone to be clear it was not raw sewage that spilled; it was clarifier effluent, which is one of the last stages before normal disinfected water release. Apparently some news story had misunderstood. 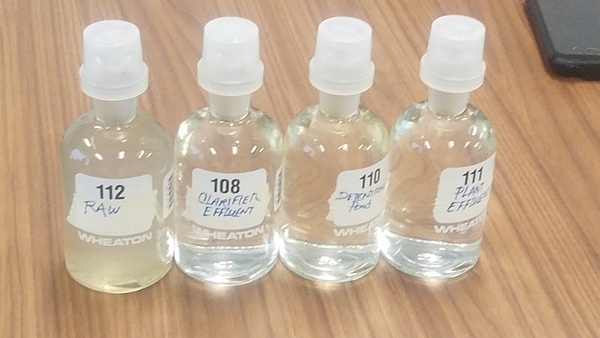 While Ken Lowe was careful to stick to talking about the Mud Creek WTP where he works, he did reiterate an offer from Valdosta Utilities Director Darryl Muse for us to take a tour of either facility. I assured him we would do that. Stay tuned for one or more outings being posted. 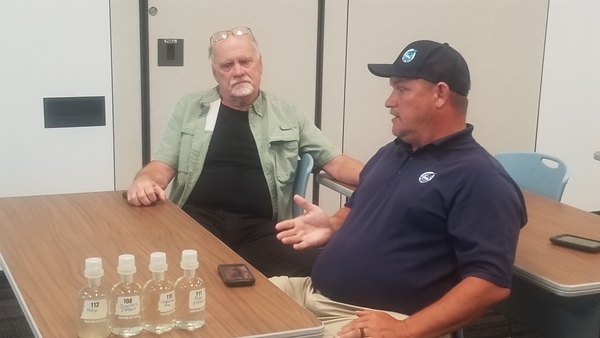 I asked Lowe for Valdosta’s water quality data from upstream and downstream of the Mud Creek WTP after this recent spill. He said he would ask Director Muse. 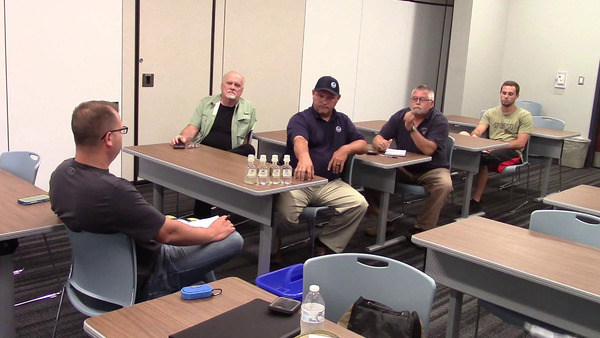 I videoed much of what he said, after asking Lowe if he minded (he did not). Apparently there was some camera failure, because I don’t have as much video as I thought I did. Here is what I’ve got, with some notes.

We can’t possibly take a sample fifty miles downstream at any time and say this is Valdosta’s fault.

Everyone agreed with that.

However, as I noted at least twice, due to previous sewage spills from Valdosta, people downstream have built-up negative expectations. Finding out what actually is in the water and where it is coming from is why we have started the WWALS Water Quality Testing Program.

Sean asked whether a newly-built WTP would have to remove more than 85%. Answer: no, and you can pull up all the permits and see for over 90% of plants, it’s 85% removal.

If you did a poll on NPDES permits, and looked as a whole for the facilities that dumped into the Suwannee River Basin, I would be willing to say that over 90% of them have only 85% removal in their permit.

We may take him up on that suggestion.

…as the guidelines are improved, then we adhere to those guidelines. But again, like I’m saying, we’re already going above and beyond what we’re required. We’re doing the best we can do at this time.

After about an hour, I thanked Ken Lowe for the presentation, and asked him to thank Darryl Muse and Scott Fowler.

We moved on with the testing committee meeting. 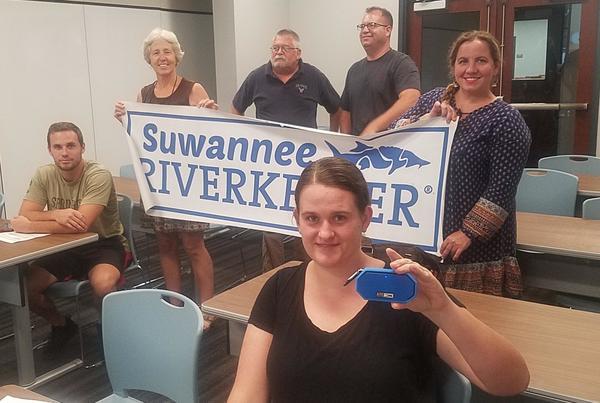 More about that later.