Crystal River, Florida, October 18, 2018 — Strom, Inc. now proposes exporting liquid natural gas (LNG) by tanker ship through the port of Tampa. That explosive cargo would get there by land from Crystal River through densely populated areas. LNG tanker ships would go out right by downtown Tampa and St. Petersburg, and under the I-275 bridge. Strom has always said some of this fracked methane would likely come from the Sabal Trail pipeline. Getting on with solar power for the Sunshine state makes a lot more sense than shipping gas under our rivers, through private property, and by major cities for corporate export profit. Clean energy for Florida and beyond is an issue in this election year. 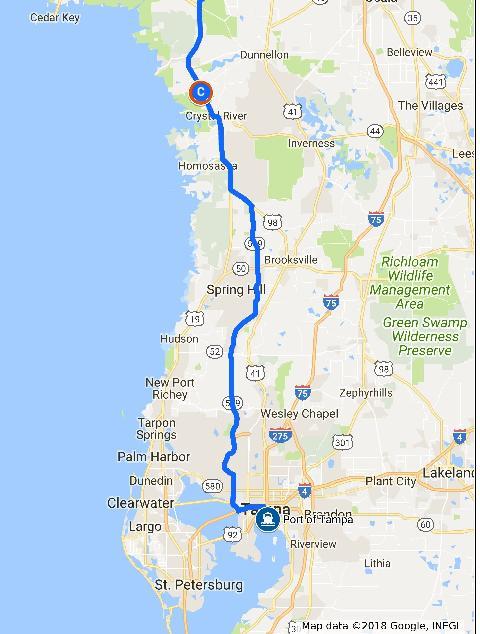 Strom “may elect to file an amendment to our application to allow transportation of LNG by LNG tanker,” according to its latest semi-annual report to the U.S. Department of Energy (DoE) Office of Fossil Energy (FE) (see http://wwals.net/?p=46497), According to Strom’s website it means LNG tanker ships, like this one: 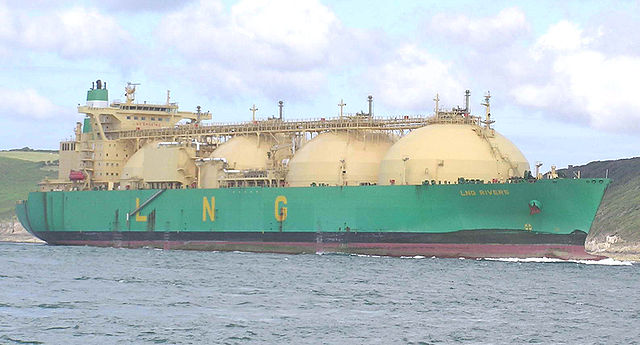 This is despite Strom’s insistence on liquid natural gas (LNG) in shipping containers since 2014, back when it tried to get the Federal Energy Regulatory Commission (FERC) to state it wasn’t overseeing small-export LNG. Strom still aims to export through the Port of Tampa, and maybe other ports, such as Jacksonville. 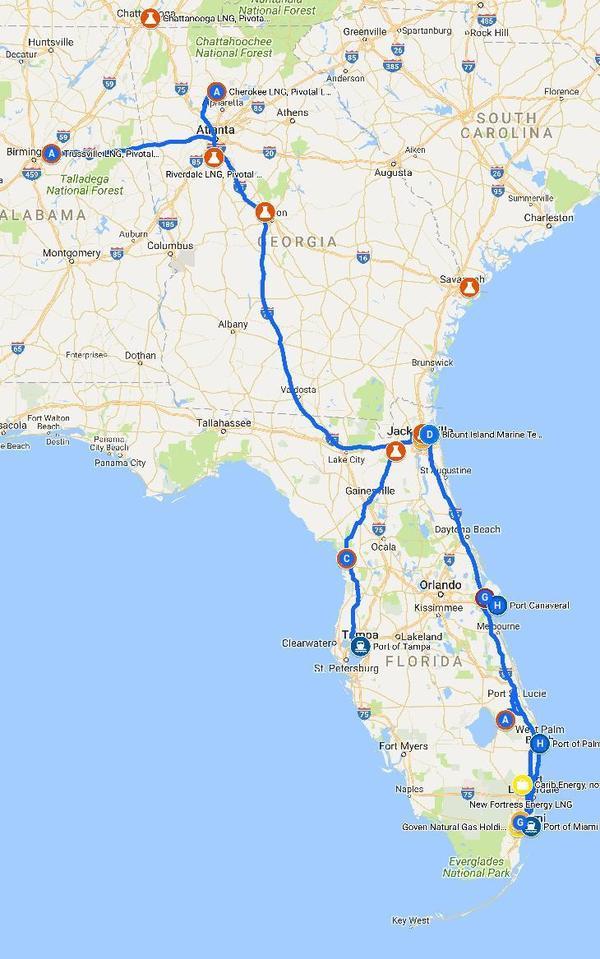 “Is this what landowners in Florida and Georgia gave up easements for? Strom’s intended location is at the end of Sabal Trail’s Citrus County Pipeline that feeds the fracked methane power plant Duke Energy is building in Crystal River, and from the beginning Strom has said Sabal Trail will be one of its sources of gas. Was it right for Sabal Trail to use federal eminent domain to easements under our rivers and through our lands so Strom could export to these likely destinations it lists in its latest report: China, Bahamas, Belize, Panama, Mexico, Dominican Republic, and Honduras? Is it right for our rivers, wildlife, and safety to be risked for private profit through LNG export, now that even Sabal Trail partners Duke and FPL are finally building solar farms all over Florida?”

The LNG industry claims tanker ships have a great safety record, just like the pipeline industry claims for pipelines, despite their many leaks and explosions, such as recently in Homerville, Georgia and in Massachusetts.

“FERC has abdicated jurisdictional authority over a new breed of small-scale inland LNG export plants, while unscrupulous developers thumb their noses at the federal laws that were designed to protect us in the event of an accidental or intentional release of LNG. After the LNG explosion and fire at Port of Skikda, Algeria, in 2004, the United States developed a comprehensive regulatory framework that focused on safety, environmental, and economic factors when reviewing applications for new LNG terminals. Under a Memorandum of Understanding, FERC and the Pipeline and Hazardous Materials Safety Administration (PHMSA) are responsible for exercising regulatory authority over the siting, design, construction, operation, maintenance, and expansion of Liquefied Natural Gas (LNG) facilities.”

“Meanwhile, who ever heard of a solar panel leak or explosion?”

“To exacerbate the problem, 40-foot, 10,000-gallon thermos bottles loaded with LNG are being transported through densely populated neighborhoods to the ports of Miami and Everglades, and rail is becoming a virtual rolling natural gas pipeline on wheels.”

And that rolling natural gas pipeline may now lead to LNG tanker ships going out through Port of Tampa.

Founded in June 2012, WWALS has supported solar power and has opposed the Sabal Trail fracked methane pipeline since 2013, including its associated LNG export terminals. WWALS Watershed Coalition, Inc. is an IRS 501(c)(3) educational charity, with members in Florida, Georgia, and beyond.

WWALS is fundraising to sue FERC for shirking its LNG export duty: wwals.net/issues/lng.