Update 2021-12-18: A new Florida Right to Clean Water statewide petition will be available February 2, 2022, with the aim of getting the amendment on the November 2024 ballot.

Update 2021-02: New York State Environmental Rights Amendment for November 2021 ballot: “Each person shall have a right to clean air and water, and a healthful environment.” 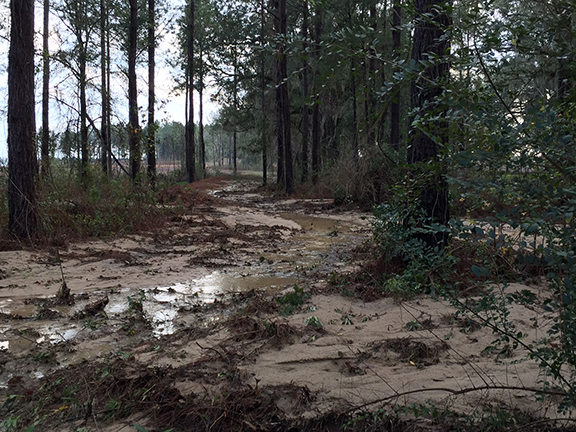 Two years of protests, lawsuits, and hundreds of thousands of comments against, and the final meeting was run by attorneys. The Suwannee River Water Management District (SRWMD) board could have voted to deny anyway, but they unanimously approved the permit as fast as the roll could be called. See The regulatory trap at SRWMD: 30 speakers, yet unanimous Nestlé permit 2021-02-23.

In more regulatory theater, the attorneys and the board promised recovery rulemaking and oversight, like that’s ever worked for water withdrawals in Florida.

It’s no use complaining about the SRWMD board members, or even replacing the governor who appointed them, without changing the regulatory system that produces these results over and over. Rights of Nature are needed.

Method 1: Personhood for a Waterbody

Method 2: A Bill of Rights for Nature

In the Suwannee River Basin, right now [in early 2020] a group called Santa Fe Bill of Rights (SaFEBOR) is rustling up signatures to get a referendum on the November ballot to change the corporate charter of Alachua County, Florida, to add a Bill of Rights for the Santa Fe River. Alachua County is home of Gainesville, Florida and the University of Florida; the Santa Fe River is its northern and western border.

Update 2021-01-22: SAFEBOR did not get enough petition signatures to get on the ballot, but another one did. Orange County, Florida (home of Orlando), passed a Rights of Nature Charter amendment by 89% in November 2020, becoming the largest local government population in the U.S. to do so. A county commission candidate running on Rights of Nature also won with 57% of the vote. Here is what was on the ballot and what changes in the county charter.

The Florida Rights of Nature Network, formed in February, 2020, was already suing the state against the self-proclaimed “Clean Waterways Act”, Florida SB 712, which was signed by the governor on June 30, 2020, still including a paragraph of pre-emption of local Bills of Rights of Nature, and still opposed by Waterkeepers Florida.

Suwannee Riverkeeper supports Delaware Riverkeeper Network’s movement for a Green Amendment like Pennsylvania already has. Pennsylvania has rights to clean air and water right next to freedom of speech in its Constitution, Article 1, Section 27:

The people have a right to clean air, pure water, and to the preservation of the natural, scenic, historic and esthetic values of the environment. Pennsylvania’s public natural resources are the common property of all the people, including generations yet to come. As trustee of these resources, the Commonwealth shall conserve and maintain them for the benefit of all the people.

A recent court case by Delaware Riverkeeper Network established that that section is self-enforcing. People can sue based on the Constitution alone: no further enabling legislation is required. We’re all for that. Clean air and water rights for people is opposite and complementary to rights for rivers and aquifers. And why not both?

We need something to get mass support. People who want to swim, boat, fish, and hunt often already realize their rivers are bigger than just them.

In order for the New York State Constitution to be amended, this bill must be passed again in next year’s legislative session, and then it must pass a statewide voter referendum.

(a) The General Assembly recognizes that hunting and fishing and the taking of wildlife are a valued part of the cultural heritage of the State of Georgia. The General Assembly further recognizes that such activities play an essential role in the state’s economy and in funding the state’s management programs for game and nongame species alike, and that such activities have also come to play an important and sometimes critical role in the biological management of certain natural communities within this state. In recognition of this cultural heritage and the tradition of stewardship it embodies, and of the important role that hunting and fishing and the taking of wildlife play in the state’s economy and in the preservation and management of the state’s natural communities, the General Assembly declares that Georgia citizens have the right to take fish and wildlife, subject to the laws and regulations adopted by the board for the public good and general welfare, which laws and regulations should be vigorously enforced. The General Assembly further declares that the state’s wildlife resources should be managed in accordance with sound principles of wildlife management, using all appropriate tools, including hunting, fishing, and the taking of wildlife.

(b) The ownership of, jurisdiction over, and control of all wildlife, as defined in this title, are declared to be in the State of Georgia, in its sovereign capacity, to be controlled, regulated, and disposed of in accordance with this title. Wildlife is held in trust by the state for the benefit of its citizens and shall not be reduced to private ownership except as specifically provided for in this title. All wildlife of the State of Georgia is declared to be within the custody of the department for purposes of management and regulation in accordance with this title. However, the State of Georgia, the department, and the board shall be immune from suit and shall not be liable for any damage to life, person, or property caused directly or indirectly by any wildlife.

That section of Georgia Code goes on to spell out protections for landowners, as well as authority for hunting seasons and other details.

There’s no hunting or fishing without clean air and water. A Bill of Rights for Nature could get the support of hunters and fishers. SaFEBOR is demonstrating it can get support from students and even business people: what fishing or tourism is left if a mine destroys the river?