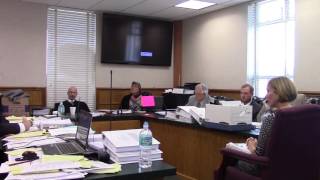 The transcript questions quoted below are by WWALS attorneys William R. Wohlsifer and Leighanne Boone, whom we highly recommend.

Filed with FERC 28 November 2016 as Accession Number: 20161128-5230, “WWALS Watershed Coalition, Inc. comments on the Sabal Trail violations FDEP assured us would not happen are happening under CP15-17.”

Re: Sabal Trail violations FDEP assured us would not happen are happening

What we were assured in sworn testimony by Florida DEP would not happen in the Outstanding Florida Waters of the Suwannee, Santa Fe, and Withlacoochee (south) Rivers in Florida has happened under the Suwannee River tributary Withlacoochee River in Georgia: a Sabal Trail horizontal directional drilling (HDD) pilot hole blew drilling mud up through a frac-out in the same kind of karst limestone geology into the river bottom. Sabal Trail has also been caught withdrawing water from the Santa Fe River, and now possibly also from the Suwannee River, with associated petroleum sheen.

I ask your prompt investigation of these anomalies and responses to the included questions.

Sabal Trail in at least one previous filing with FERC has claimed all issues WWALS raised were thoroughly litigated in WWALS v Sabal Trail & FDEP.1 Yet Sabal Trail is now causing effects we were assured by FDEP and by Sabal Trail in that hearing would not occur.

The one witness for FDEP, Lisa Prather, says it outright at Transcript III pages 348 and 349, also in the WWALS videos: 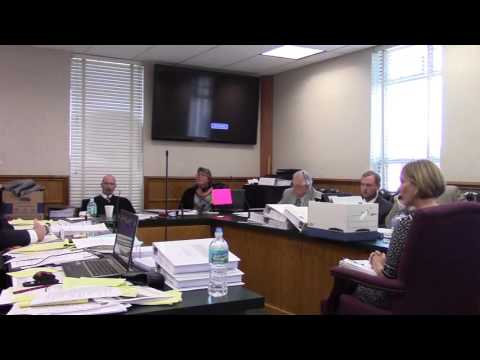 I have added boldface emphasis to the transcript extracts below. The full transcripts are online here:

The WWALS video of this part of Ms. Prather’s testimony is here: 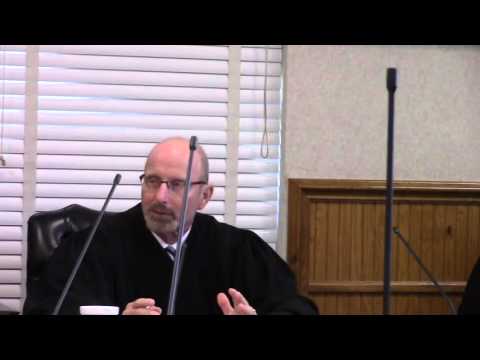 Not minimal, not a small leak, “no impacts” and “no degradation” of the Suwannee River.

FDEP’s one witness, Lisa Prather, also acknowledged that Sabal Trail moved off the Withlacoochee River in Florida due to karst geology concerns. This is the same river Sabal Trail bored under in Georgia and blew drilling mud up from a pilot hole into the river bottom. See Transcript III, pages 226-227,
/2015/10/22/videos-sabal-trails-case-in-wwals-v-sabal-trail-fdep-2015-10-19/#LisaPrather-DEP-Witness-Testimony-DOAH-Hearing-15-004975

Ms. Prather testified she was not familiar with the geophysical report by David Brown, P.G.,2 that was filed with FERC by the Hamilton County, Florida, Board of County Commissioners in their request to move off the Withlacoochee River in Florida, but it cautioned about exactly the kind of problems that have occurred upstream on the same Withlacoochee River in Georgia.

Cross-section of the proposed HDD crossing of the Withlacoochee River and hypothetical karst features that could result in a hydrofracture (frac-out).

Sabal Trail called as a witness contractor Greg Jones, who first denied there could be any leakage up into a river from a bore hole, and then admitted there could be. See Transcript VI, page 688:
/2015/10/27/videos-more-wwals-witnesses-rebuttal-spectra-speaks-and-w wals-counsel-summation-in-day-3-wwals-v-sabal-trail-fdep-2015-10-21/#Greg-Jones-Sabal-Trail-Rebuttal-DOAH-Hearing-15-004975-Day-3-2015-10-21

A third independent practicing geologist, Peter J. Schreuder, later also wrote a report indicating that there was more than just a possibility that there would be leaks through the karst geology. WWALS filed this third report with FERC,4 so FERC knows about this further evidence that leaks are likely to occur, as they have in fact done. 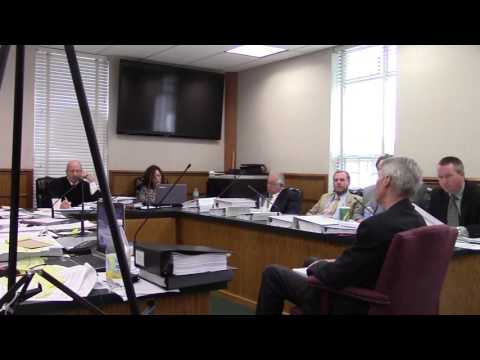 Actually, Sabal Trail’s own test drilling reports said drilling mud was lost at both the Withlacoochee and Suwannee RIvers.

FDEP previously mapped Sabal Trail’s route through the most vulnerable area of the Floridan Aquifer.5

Finally, see the re-rebuttal testimony of WWALS expert witness Dennis Price P.G., pointing out that Sabal Trail’s Karst Mitigation Plan would, in the case of a leak into Falmouth Cathedral Cave System, require filling the cave to the top. See Transcript VI, pages 747 and 748:
/2015/10/27/videos-more-wwals-witnesses-rebuttal-spectra-speaks-and-wwals-counsel-summation-in-day-3-wwals-v-sabal-trail-fdep-2015-10-21/#Dennis-Price-WWALSRebuttal-to-Rebuttal-DOAH-Hearing-15-004975-Day-3-2015-10-21 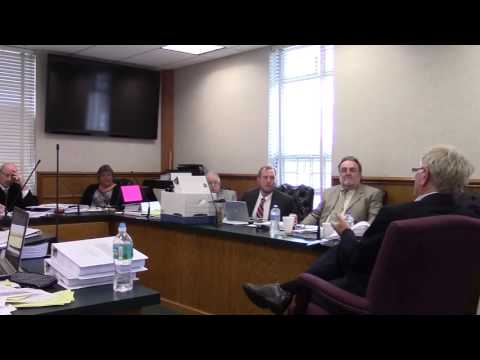 .1. occurring on that trace.
.2. . . . . .Falmouth itself is a sinkhole.. There’s
.3. limestone exposed — I’ve been there many times.
.4. There’s limestone exposed in that sinkhole.. So that
.5. limestone is not 100 feet down from the surrounding
.6. elevations.. And so the closer that limestone is to
.7. the surface, the easier it is to have a sinkhole
.8. occur.. And there are many, many stormwater ponds that
.9. are only dug four, five, six, seven feet deep that
10. cause changes to occur and sinkholes to occur.
11. . . . . .And if one did fall in, if it did — and I’m
12. not saying it would — if it did fall into that cavern
13. system, their karst mitigation plan couldn’t readily
14. resolve that problem, if their solution is that you’re
15. pumping grout into that cavern, because — you know,
16. that cavern has been dove before.. So it’s fairly
17. large and extensive.. The grout would essentially plug
18. that conduit system.. It is the main conduit system,
19. and it would block the flow.. And yes, it would go out
20. into the surrounding limestone and find its way, but
21. it would be very slow.
22. . . . . .So the actual flow to the spring could
23. definitely slow down because of a blockage of that
24. magnitude, because the only way to actually stop the
25. sinkhole from widening and widening and widening is to

Given that FDEP assured us all in sworn testimony that mud drilling frac-outs and sinkholes would not occur, yet a frac-out did occur in the same type of geology at the Withlacoochee River in Georgia,6 and sinkholes are occurring in Florida, for example in CR 49 in Suwannee County:

Who specifically at FERC has read and reviewed the documents cited herein?

Who specifically at USACE has read and reviewed the documents cited herein?

Who specifically at GA-EPD has read and reviewed the documents cited herein?

Who specifically at FDEP has read and reviewed the documents cited herein?

Who specifically at SRWMD has read and reviewed the documents cited herein?

What is FERC doing to detect such frac-outs, sinkholes, or other violations?

What is USACE doing to detect such frac-outs, sinkholes, or other violations?

What is GA-EPD doing to detect such frac-outs, sinkholes, or other violations?

What is FDEP doing to detect such frac-outs, sinkholes, or other violations?

What is SRWMD doing to detect such frac-outs, sinkholes, or other violations?

What is FERC doing to stop such frac-outs, sinkholes, or other violations?

What is USACE doing to stop such frac-outs, sinkholes, or other violations?

What is GA-EPD doing to stop such frac-outs, sinkholes, or other violations?

What is FDEP doing to stop such frac-outs, sinkholes, or other violations?

What is SRWMD doing to stop such frac-outs, sinkholes, or other violations?

Waiting for Sabal Trail’s next biweekly report is not prompt and is not adequate for a response, because according to Sabal Trail’s schedule it could be finished with the relevant activities, especially at the Suwannee River, before that time.

WWALS requests prompt written responses to all these questions, preferably via email.

Thank you for your attention to these questions. I await your prompt reply.