Here is a column about Lally columns, by Dr. Ken Sulak, USGS, Retired, now researching bridge and history in the Suwannee River Basin.

Some of you may have ideas, comments, speculations on the several enigmas presented by the gone—but not forgotten by me—old Turner Bridge that spanned the upper Suwannee River from ~1900-1951.

Important in its time, seemingly never photographed???, but long forgotten except by a few folks in their 90s-100s. If you know any such North Florida old timers that have stories to tell, memories of any of the old ferries and bridge, and maybe old bridge photos—let me know. Having been on the trail of all the historical fords, ferries, bridges and trestles over the Suwannee River & it major tributaries, 1820-1960, I am now up to 164 individually owned or operated crossings at 64 distinct sites. Many mysteries remain, lots to learn, much has already been lost as the old timers pass along. Got to get the overall story pieced together and written up and documented with photos before I go senile or end my stay on this excellent planet.

My main reason for getting a small group of river rats together last week on the upper Suwannee was to paddle down to Turner Bridge ramp — and continue investigations started during two previous solo visits by road and kayak. Scant historical information has emerged about the old steel bridge. There are no ground or river-level photos that I have found so far. 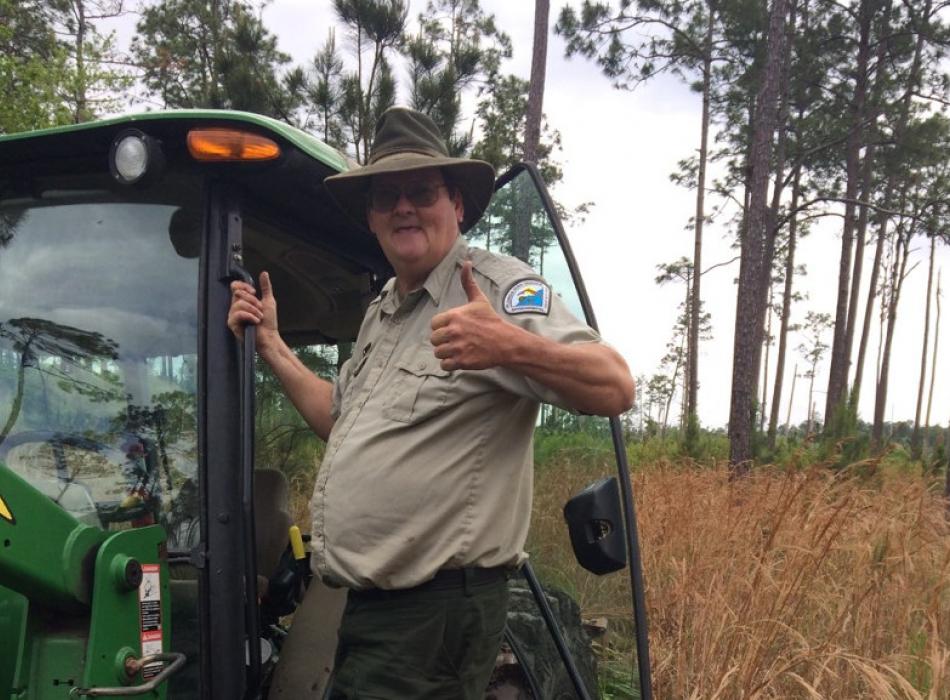 Gary Erixton, Hamilton County unofficial (but very competent) historian has one old photo of a long multiple span steel through truss Parker design bridge over the Suwannee. No place information is given for the photo—other than ‘Suwannee River’. It seems not to match up with any other known early steel truss bridge, almost all of which were single span bridges, with the notable exception of the 1908 County Bridge at Ellaville. So, Gary’s photo may be Turner Bridge. I would cc this email to Gary, but he does not use the internet—will meet up with him in person again soon.

Turner Bridge bears the name of its probable builders, the family of Lt. Jessie Turner Sr. It is situated upon land that came to Lt. Turner, a Confederate veteran. When he married appropriately named ‘Wealthy’ Sanderlin he was 24, she was only 14. They lived in the household of Robert and Zilpha Sanderlin. The Sanderlins were big land owners, so ‘Wealthy’ was a fitting name for their first grandchild. Jessie bought 120 acres, and with Wealthy’s inheritance, eventually owned over 1000 acres of Columbia County farm land. 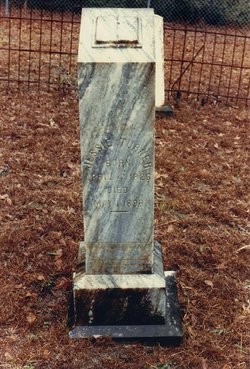 On Aug 10, 1850, Jessie Turner purchased a total of 120 acres of land in Hamilton County Florida. Just two months later on Oct 25, 1850 he married, Wealthy Olivia Sandlin in Columbia County Florida. She was the daughter of, Robert Sandlin (1790-1864) and Zilpha Olivia Hicks (1807-1880). After their marrage Wealthy and her husband, Jessie Turner were living in the household with Wealthy’s parents Robert and Zilpha Sandlin. Wealthy Sandlin was only 14 when she married, Jesse Turner. This was common in those days. Wealthy and her husband Jessie have a total of four children.

That FindaGrave entry has quite a bit more about Lt., later Private, Turner.

Back to Ken Sulak:

The bridge is gone, replaced in 1951 by the SR 6 bridge. From a 1954 USDA aerial image, it appears to have been unpinned and dropped into the river intact between 1951-1954. The still vertical and well-preserved concrete-filled, steel Lally columns — one pair on either shore — date the steel bridge as built after 1898, the year John Lally patented his invention. Paired Lally columns soon became the standard support piers for steel truss bridges, until heavy duty bridges set upon steel and concrete piers replaced the old bridges in the 1920s.

Jessie Turner died in 1898, and his younger son had already died two decades earlier. The older son Nathaniel Elonzo Turner probably built the Turner Bridge. He died in 1901, so the bridge was built some time between 1889-1901. I have found no documentation of a state or county license for the bridge, which was undoubtedly a toll bridge.

Alternately, the bridge could have been built by the Cones and/or the Godwins, noted builders of roads and two other upper Suwannee steel bridges, Cone Bridge and Godwin Bridge. Nathaniel Turner married Mary Catherine Cone Smith in 1880, thus tying the Turners into the bridge-building Cone-Godwin clan. Andrew Cone Godwin was related to the Cone clan somehow; male middle names back then usually took the mother’s or grandmother’s maiden family name.

Update 2022-01-11: John Clay Harris sends a correction (now fixed in the above paragraph): “…the maiden name of Nathaliel[sic] Turners wife. Mary Chatrine[sic] Cone Smith is “Smith” not “Cone” She was the daughter to, Edmund Mathis Smith and Mary Lee daughter of John Lee of Swift Creek. Mary Catherine Cone Smith had two middle names. Cone was an honorary name,Edmund gave his daughter because she was born during the civil war and her father served in Captain Charles Cone’s unit in the war.

Back to Ken Sulak:

In many details, besides knowledge of the actual builders, the absence of a license, or any certain photos, the Turner Bridge is a mystery. I had visited the site twice previously by road, once with my kayak along to cross to the east bank. I took GPS positions, elevations, distances, and some measurements of the Lally columns, but needed our recent re-visit to verify and add to those. Tedd Greenwald and Mary Ellen Flowers took new measurements of east side column height and circumference, distance between those columns, and distance down the boat ramp to the probable location of the surmised cutoff submerged columns.

One problem that immediately emerged from the three visits and measurements in Google Earth via groundtruth GPS fixes is that the distance between the two pairs of still-standing Lally columns on opposite riverbanks is 220 ft (corrected now from earlier measurement of 216 ft). That is way too long of a span for a light-duty, single-span Pratt or Parker style steel truss bridge — with no mid-river supports. So, I assumed that the bridge consisted of two spans, and that there must have been another set of Lally columns that were set in the riverbed, presumably halfway between the others (i.e., ~110 ft from either pair). Typically, when an old steel bridge was abandoned, any piers actually very close to or in the riverbed were cutoff, but usually remained protruding 1-2 ft from the riverbed.

Using a weighted snagline and a fishing magnet, Mike Byerly and I awkwardly maneuvered our two kayaks attempting to snag and verify steel nature of the presumed submerged column. Tough to keep a kayak in one spot while handling a line at the same time.

But, we appeared to have succeeded, snagging an object, Mike pole anchoring on it with his paddle, and me lowering a big magnet that did indeed adhere to a steel object. The spot was in a direct line between the two downstream Lally columns of opposite shores. Distance from the west bank column ~116 ft. My GPS was not getting a good satellite lock — so no GPS data. It seems then that the bridge did consist of two spans, each about 110 ft long, the center supported by that third, now cutoff, set of columns.

A 1946 USDA aerial image, taken fairly high up, resolution not too great, does confirm that this was a single lane bridge — same width at either end. So, why the unusual spacing of the west side supports?? That same aerial shows that the main approach road from the west intersects with the bridge at an abrupt 45 degree angle. Also, a second approach from the north comes in at an abrupt 90 degree angle.

A third mystery comes into play now. The west columns are 18 ft tall, with a base altitude of 92 ft above sealevel = 110 ft elevation. The east columns are only the standard 12 ft tall, with a base elevation of 87 ft = 99 ft elevation. Thus, the west end of the bridge stood 11 ft higher than the east end — again very strange. The east bank is steep, high and dry atop, where ruins of a concrete abutment remain. However, the west approaches run through low, swampy terrain, and that landscape is prone to flashy flooding, with water lines on the trees up about 15 ft from the most recent flooding. A long timber approach ramp would have been necessary to get wagons up to 18 ft above the level terrain at the west entry to the bridge. But, entering the narrow bridge proper from a high elevated ramp and requiring an immediate 45 degree or 90 degree angle turn would have been difficult and dangerous for a team of horses, mules or oxen pulling a wagon. This may explain a double-width entry platform atop the approach ramp. Pure speculation at this point — but only thing that makes sense. Any alternative ideas??

But, back up a bit. Why would the west end of the bridge have stood 11 ft higher than the east end, such that the whole bridge was inclined downhill to the east at a 5% grade? The bridge spans were pinned directly to the tops of the Lally columns — no spacers. The brackets for the pins are still there. Also, considering the 18 ft height of the west side columns, the timber approach ramp would have had to have been ~200 ft long in order for the grade (upward slope) to be manageable for horse-drawn wagons.

Normally, a bridge is constructed so the deck is level—or humped up gradually to the middle, even height on either end. A few were not, such as at Nobles Ferry (where the north and south banks differ substantially in elevation, but typically the difference in bridge support elevation from one side to the other is only a 2-3 feet maximum. Most old Parker or Pratt steel through truss bridges were 100-150 ft in length. For Turner Bridge, the question of why an 11 ft difference arises. I can see elevating the whole structure, given the high water levels that accompany flooding upriver. But then why not elevate both sides the same? Tedd Greenwald and I have exchanged some speculations regarding the enigmas posed by the details of the Turner Bridge. Ditto for discussions between Mike Byerly and I. I welcome any speculations or ideas any of you might advance.

I added a photo of the east bank Lally columns at Turner Bridge landing—so that everyone knows what a Lally column looks like. Almost every steel highway bridge built between 1898 and 1925 was supported by such columns (but not strong enough for RR trestles). Sink a pair into each river bank, fill the steel column full of concrete with limerock, bricks, broken pottery, etc.— then barge a pre-made steel truss bridge up the river, hoist it atop those columns, pin it in place, and add a wooden plank deck. Roads were primitive or nearly non-existent, mostly narrow twisty, rutted wagon trails. So, pretty much all highway bridge components had to be barged to the site, or hauled very tediously and incrementally by mule or ox carts. Exceptions were the sand and limerock filler for making concrete, both abundant all along the river.