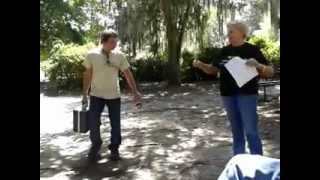 for more water info.. proper testing techniques, what symptoms & diseases are caused by metals in drinking water… how to remove metals safely to possibly reverse damage to cells…. Also Google caring bridge and type in benmcmahan to receive even more info. Thanks!

Yes, that’s really Erin Brockovich standing next to Janet McMahan in that picture. The famous pollution fighter came to Georgia to look at Ogeechee River problems and Janet told her about our more local problems with metals in the drinking water.