Lowndes County (not Valdosta) spilled sewage Saturday that may have reached the Withlacoochee River. The county also had “several” lift station spills during Tropical Storm Irma. 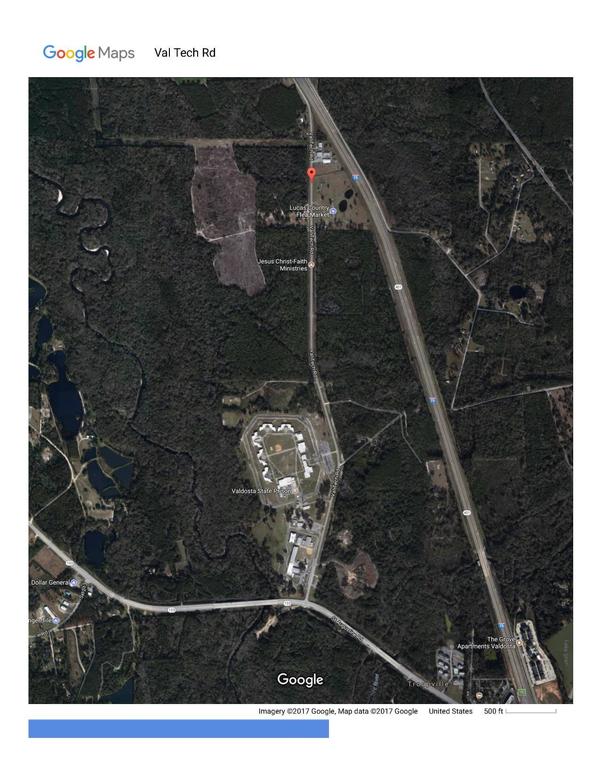 After tonight’s Lowndes County Commission Regular Session, I asked Utilities Director Steve Stalvey whether the county had spilled any sewage this month. He said yes, Saturday (September 23, 2017), about 25,000 gallons from the force main on Val Tech Road. He said it was due to heavy rainfall, which he said was about 1.5 inches in a brief period.

The location he said was near Lucas Flea Market, in the corner where Val Tech Road angles up to I-75. 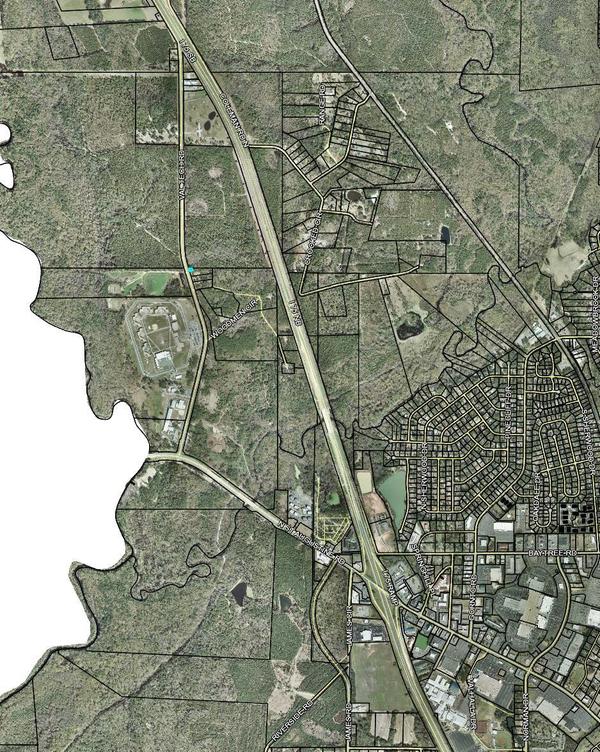 The only county parcel on Val Tech Road shown by the Lowndes County Tax Assessors is half way down the road (the little blue spec on the above map).

However, the Lowndes County Utilities web page refers for “Sewer & Water Line Locations” to VALORGIS, which shows a Lowndes County sewer line running along Val Tech Road down to St Augustine Road (GA 133) and across the Withlacoochee River. 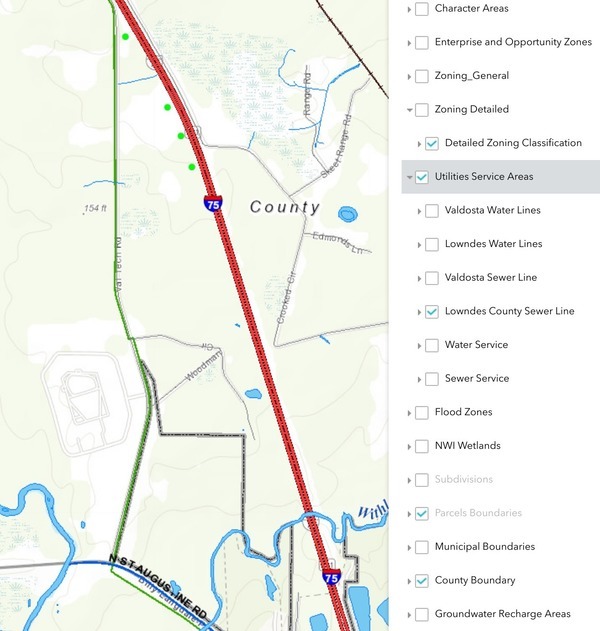 Utilities Director Stalvey said the county has started testing for fecal coliform, which so far has tested cleaner at GA 133 than farther north. This could mean the sewage just hasn’t gotten that far yet, or it could mean it was diluted by the rains.

I asked him whether he had reported this spill to Florida, for example to the Florida Department of Health. He said no. I suppose Lowndes County is not under a GA-EPD consent order like Valdosta is, and even Valdosta is not required to report to Florida.

I asked Steve Stalvey whether that was the only spill in September. He said there were also “several” lift station spills during Irma, but no more than 1500 gallons. I pointed out that was more than the 900 gallon Cherry Creek lift station spill Valdosta reported. He said he had called those spills in to Georgia EPD. I asked whether he kept a list. He said yes, and if I sent him an open records request he would get that to me tomorrow. So I will do that.

Evidently WWALS needs to keep a list of all the utilities managers in the watersheds and poll them after each rain.

A Valdosta Daily Times reporter was at the same meeting, and said there will be a VDT story tomorrow morning. Thomas Lynn, VDT, 26 September 2017, Sewage spills near Wiregrass.