Spied this notice attached to a lamppost in Tunja, Colombia. It is inviting people to protest a fracking bill in Colombia’s congress. The message is simple. “NO Fracking. Why? Because you can’t drink money.” Also says that “Without water your children have no future.” 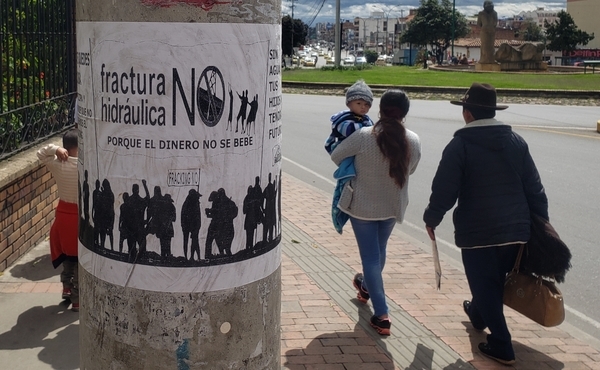 Here’s a very similar graphic with further explanation in Spanish.

This one is apparently from Spain, not Colombia, but the issues are the same.

As the pull quote on the front page says:

Translation: “Fracking is a nonsense that I do not even know how someone thinks to defend it.”

Different wording, but a very similar sentiment to: “Anyone who understands fracking is opposed to it,” by Jim Tatum and Merrillee Malwitz-Jipson, Pensacola News-Journal, online 11 May 2015.

Fracking is bad in any language.