The Public Hearing was so packed more people were standing outside. There was a decision, finally, but first…. The speakers against were eloquent and numerous, despite the initial confusion about could they give their 5 minutes to opposition attorney Jonathan P. Waters. 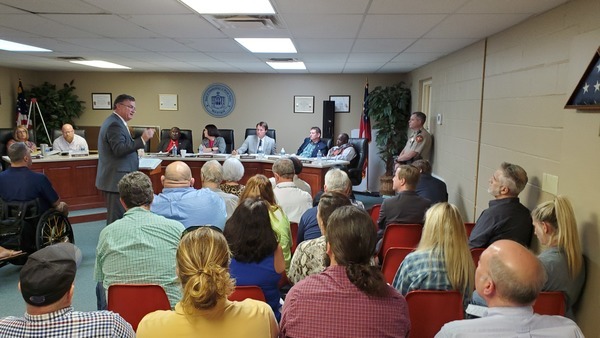 Answer: no, but the Chairman let several opposition speakers have the attorney speak for them anyway. 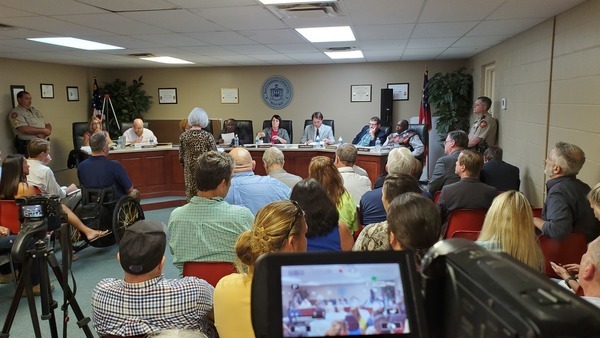 Then the Brooks County Commission made the still-overpacked house wait through their regular agenda. Finally, Patrick Folsom moved to approve with various conditions discussed during the meeting; not clear what those were. Long pause. Rhett Rhowe seconded. Commissioner Myra Exum said there was need for discussion.

County Attorney James Burchett said they had reached agreement with NextEra on most everything except NextEra refused to change the prohibition against a jury trial in case of default. He opined that there still could be a trial before a judge in Brooks County, and that was just a second recourse anyway. He thought the first recourse was repossession for nonpayment of taxes and sale on the courthouse steps. He said somebody would find it a good business deal to buy the land, already cleared and with 26 pounds of recoverable metal per solar panel. 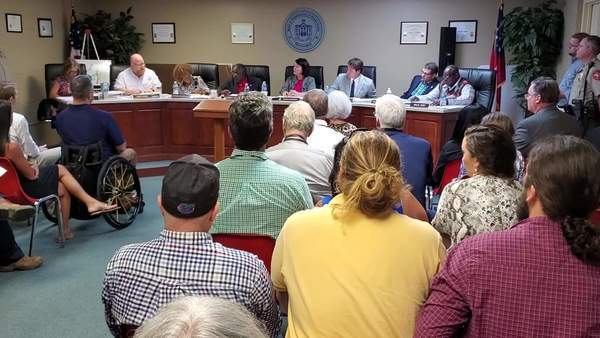 Here is the WWALS video of the decision:

There will be an appeal.

I will post more videos of yesterday’s Public Hearing in a WWALS video playlist as time allows.

You may also see video and other reports from Emma Wheeler of WCTV (already on the WCTV website) and George Boston Rhynes on YouTube. 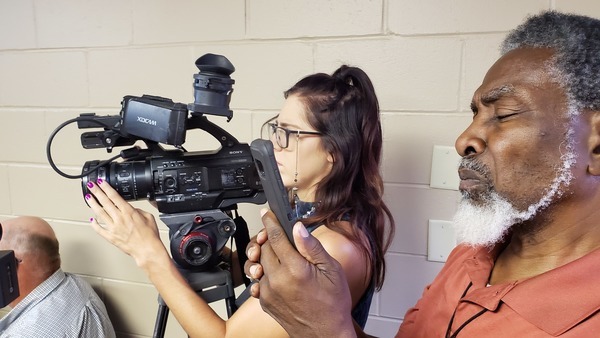