Does this sound familiar? “DuPont planned to separate the mineral sands from the rest and then truck that to its facility in Starke for final processing.” 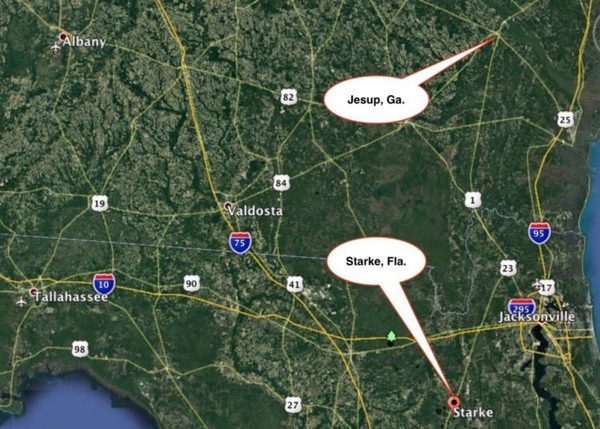 Chemours plans to haul the extracted ore from a mine near Jesup, in Wayne County, to a Chemours facility near Starke, Fla. The material could be hauled by truck or by CSX Corp., which provides service between the two cities, according to the company’s map. Credit: Google Earth, David Pendered, Saporta Report

Multiple organizations also said Twin Pines Minerals (TPM) told them TPM planned to haul ore to Starke to process from TPM’s proposed mine in Charlton County, Georgia, but this was DuPont, in 2014, in Wayne County. And Chemours, starting about 2016, also in Wayne County.