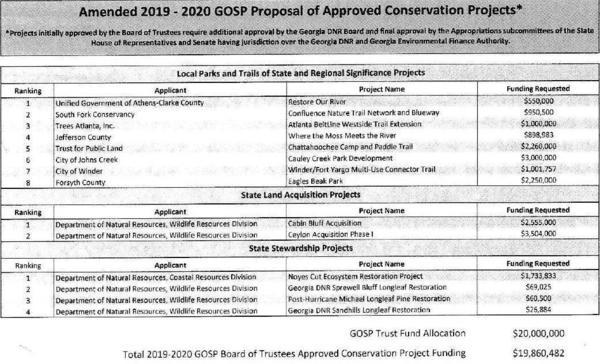 Funding set aside for conservation projects across the state evaporated unexpectedly after state budget writers dramatically reduced their revenue projection constitutionally set aside for the program.

An oversight board approved a tentative list of projects earlier this month that divvied up the nearly $33.4 million thought to be available next year for the grants, signing off on funding for trails, land buys, forest restoration initiatives and other conservation projects.

On Tuesday, the board was called back in to whittle the proposed list down after the revenue projection was reduced to $20 million — a difference of more than $13 million. Instead of skimming funding across all projects, the board chopped seven from the ranked list of projects to the dismay of those now left off the list.

There’s no reason to believe Troupville River Camp was on the list even before the big budget cut. Why? Because nobody told us we were, and the projects on the list were notified.

Also, we knew there was a big lack in our application: no source of cash match.

Troupville River Camp at the center of the Withlacoochee and Little River Water Trail (WLRWT), downstream from Tift, Colquitt, Cook, and Berrien Counties, Georgia, between Brooks and Lowndes Counties, and upstream from Madison, Hamilton, and Suwannee Counties, Florida.

So what’s our Plan B for Troupville River Camp? The same as it was all along: continue filling in the missing pieces and apply again this year.

We also see some likely further in-kind match, which will decrease the cash match. 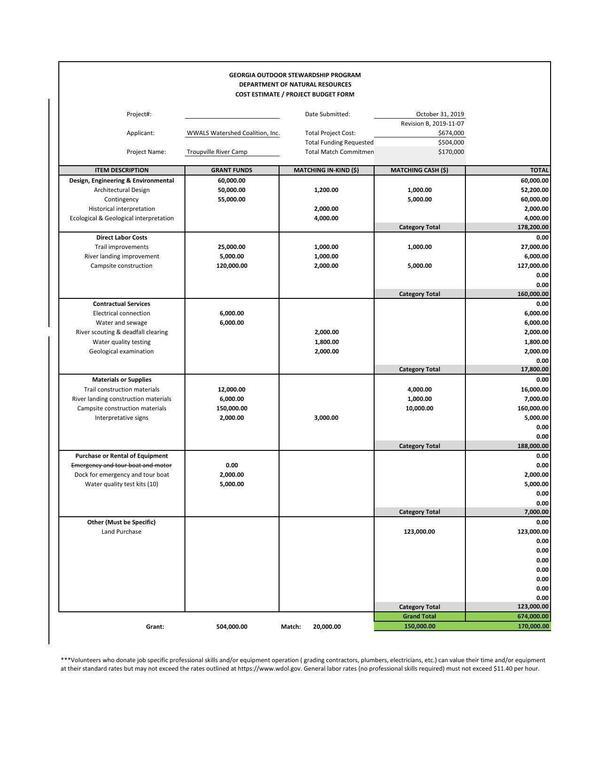 And it would probably help if one or more of the above governmental entities made the application this year.

Much more about Troupville River Camp is on the WWALS website.