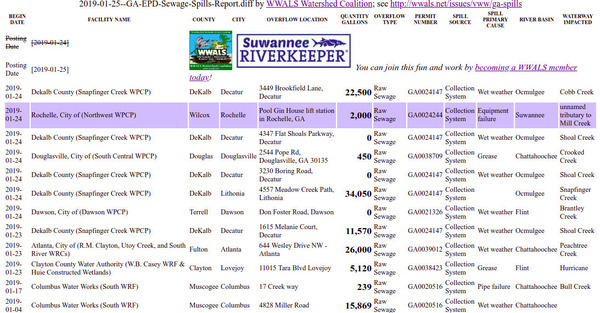 The January 10, 2019, Rochelle spill seemed almost negligible at 300 gallons of raw sewage. It took GA-EPD several tries even to figure out END_OF_DOCUMENT_TOKEN_TO_BE_REPLACED

Tifton, and any other cities: if you keep spilling from the same place whenever there’s a big rain, maybe it’s not the rain that’s excessive. Maybe your sewage infrastructure is inadequate and you should fix it. 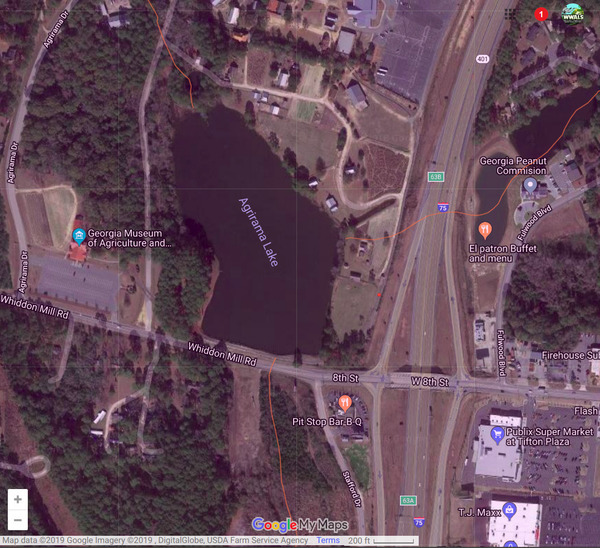 One day a week ago GA-EPD included latitude and longitude in the spreadsheet, with this for Tifton’s Agrirama Lake Lift Station: 31.464770, -83.530532, shown here on the WWALS map of the Withlacoochee and Little River Water Trail (WLRWT).

In yesterday’s GA-EPD Sewage Spills Report we have a little more detail on the 300-gallon Rochelle, GA spill: END_OF_DOCUMENT_TOKEN_TO_BE_REPLACED

First time we’ve seen this: 300 gallons of raw sewage spilled from Rochelle, Georgia, in Wilcox County, at the top of the Alapaha River Basin.

Rochelle is nestled between END_OF_DOCUMENT_TOKEN_TO_BE_REPLACED