This flag marks where Sabal Trail plans to drill under the Suwannee River, pictured today by Chris Mericle, who also pictured a number spraypainted on a tree and remarked:

I know it is a small thing but, it is this lack of respect for nature that we will be forced to endure if this pipeline is permitted.

With FL DEP proposing to issue a permit for Sabal Trail, let’s go investigate, and have some fun at the same time.

First we’ll look at the Alapaha Rise, which is where some of the water that disappears from the Alapaha River at its sinks comes back up out of the Floridan Aquifer. To get to the Rise we paddle upstream on the Suwannee River, then down past the Confluences of both the Alapaha and the Withlacoochee Rivers, seeing the proposed site of the Sabal Trail Pipeline on the way. The entire route is in WWALS territory, now that WWALS has added the Upper Suwannee River.

This is a pretty easy outing, but the Suwannee is deep, so as always bring your personal flotation device. If you need a boat, let us know, and we can find you one.

There is a State Park Entrance fee: $5.00 vehicle, $4.00 single occupant. Other than that, this event is FREE! All we ask is that you are a current member of WWALS Watershed Coalition. If not, it’s easy to join online today at http://wwals.com/blog/donations/. You do not have to be a member to come on this outing. If you like the experience, we recommend that you join to support the efforts of WWALS.

This follows from our June Outing to the Dead River Sink, continuing our exploration of the Alapaha River Water Trail (ARWT). You can see these access points on the ARWT interactive Map.

This outing also follows our August 2014 Outing down the Withlacoochee River and the Suwannee River past the crossing points Sabal Trail proposed at that time. Since then, Sabal Trail has apparently moved off the Withlacoochee River In Florida, but it still proposes to cross the Suwannee River. As a Suwannee County landowner pointed out, there are many springs and sinks at that new proposed crossing, so Sabal Trail needs to move off the whole Floridan Aquifer. 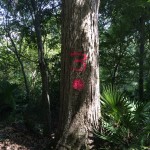 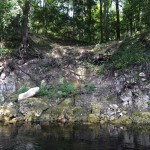 In case Gibson Park is still closed or some other eventuality, here’s the backup plan:

And do come on these upcoming WWALS outings:

WWALS usually has an outing a month, and they appear in the calendar as they are announced.