Everyone is a bit preoccupied right now tying things down for the most powerful Atlantic hurricane ever observed, so the Outings Committee has canceled this Sunday’s Rivers Alive Cleanup and Paddle Outing on the Alapaha River at Pafford’s Landing. Hurricane Irma may still decide to go east or west, but for a hurricane, better safe than sorry. Depending on the aftermath, we may reschedule for next weekend; stay tuned. 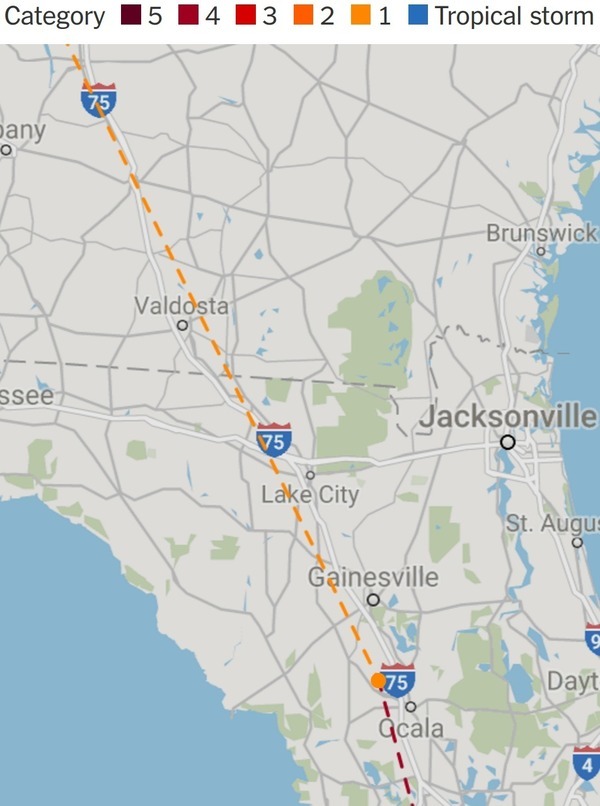 Four days ago Florida governor Rick Scott declared a state of emergency in all 67 Florida counties, and Monroe County, including Key West, was evacuating.

Irma is currently predicted to drop from category 2 to category 1 around Ocala. Citrus County is already under a partial voluntary evacuation order.

Probably nobody in Cedar Key or the town of Suwannee, Florida needs to be reminded after Matthew what a hurricane storm surge can do, and Irma is going to cause that again no matter which way it goes. 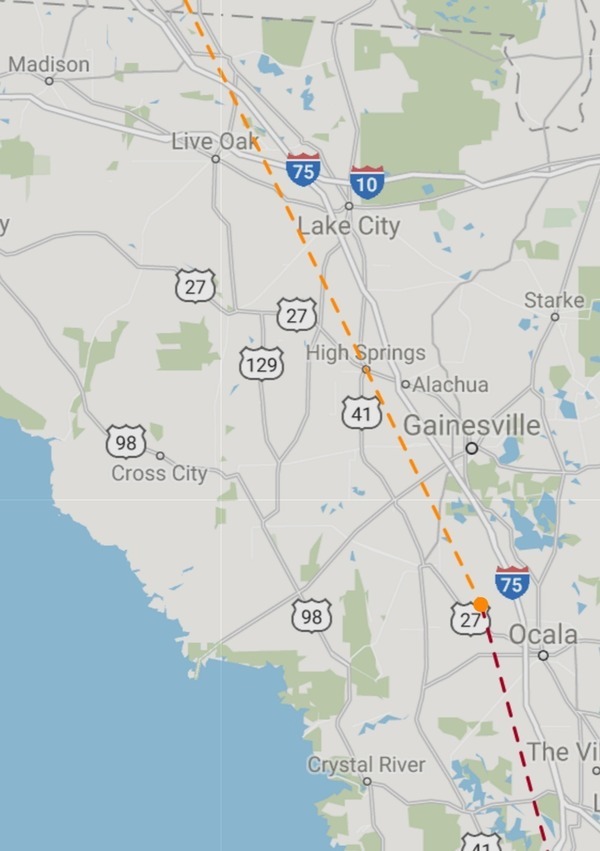 Irma is currently expected to be category 1 through the entire Suwannee River Basin. I don’t think that has ever happened before.

Yesterday, Georgia Governor Nathan Deal declared a state of emergency in 30 counties, including Echols, Clinch, Ware, Atkinson, and Coffee , and a mandatory evacuation of everything east of I-95, including Savannah and all of Chatham County. Today he added 64 more counties, including all the rest of the Suwannee River Basin in Georgia, for a total of 94 counties. Fort Stewart is evacuating. 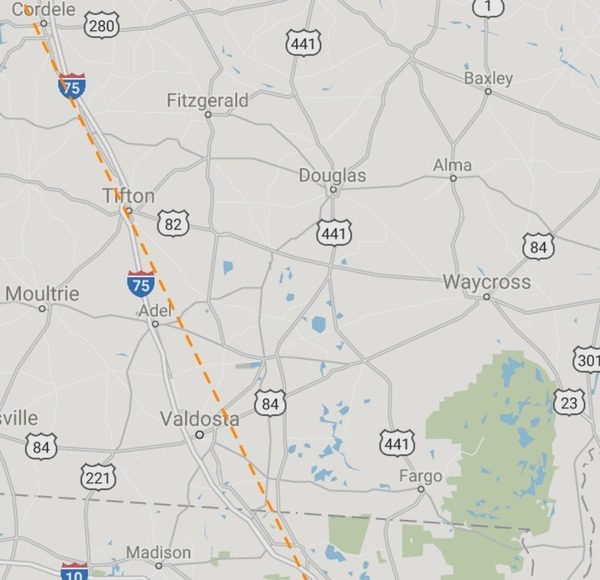 Thsi table is from the National Hurricane Center. 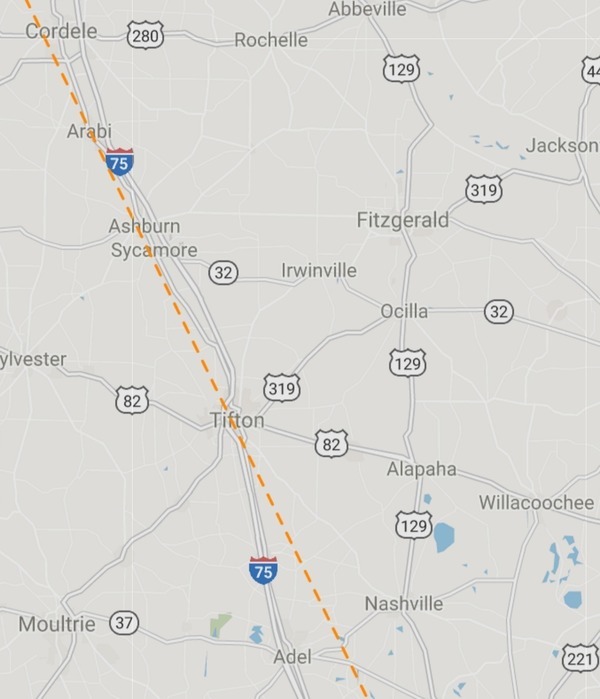 This Hurricane Irma path goes directly over my house, after Hurricane Hermine already did that a year ago. Irma is much stronger. Valdosta and Lowndes County have declared a local state of emergency. Probably other cities and counties have done the same; this post is just an outing cancellation, not an exhaustive survey. 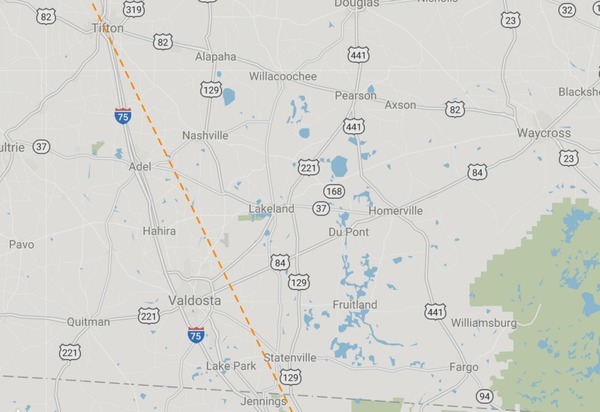 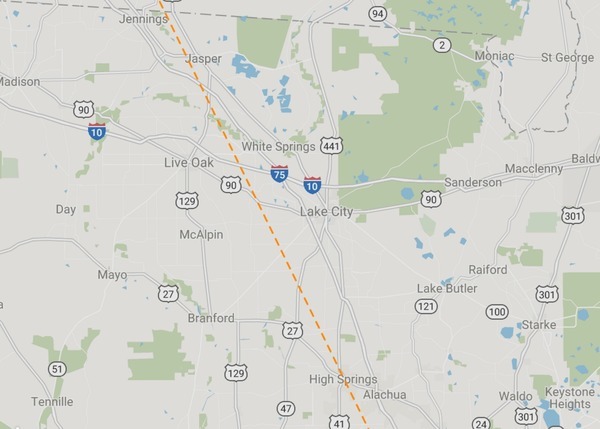 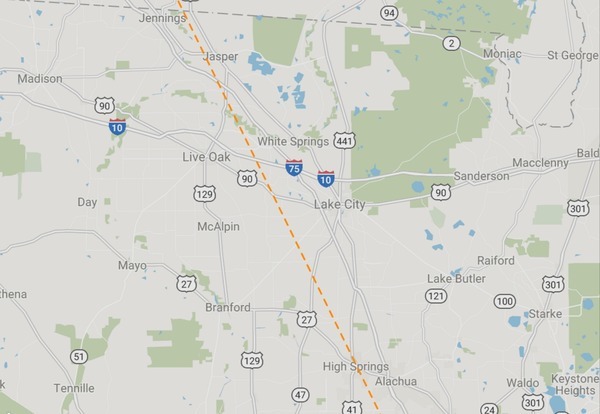 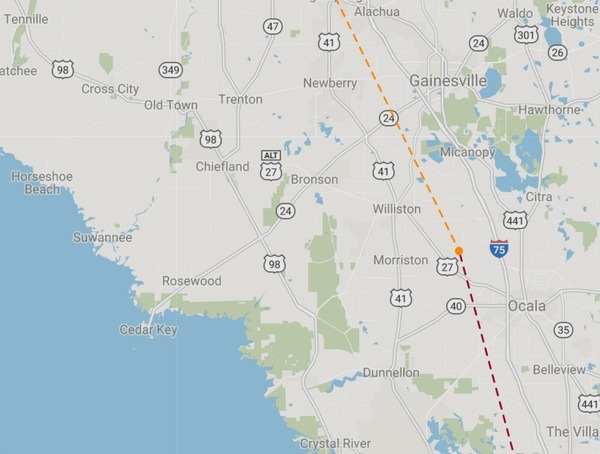 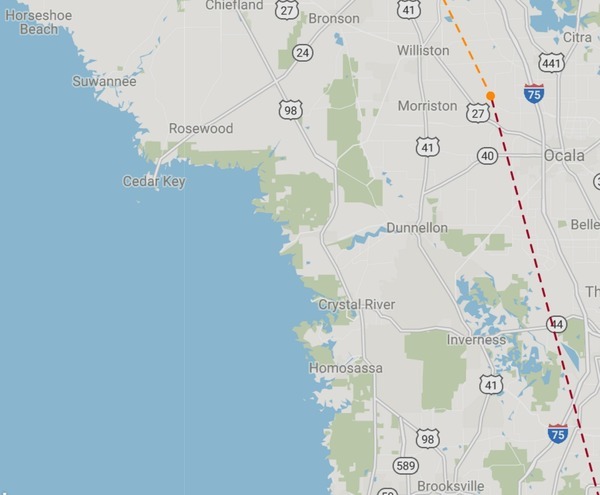