The local newspaper discovered another discrepancy between what the Army Corps announced and what the mining company is saying. 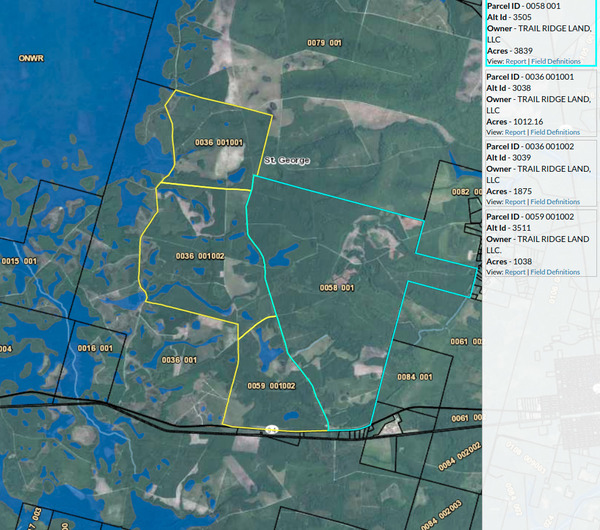 The story notes the Public Notice says Twin Pines Minerals (TPM) is asking to mine 12,000 acres near the world-famous Okefenokee National Wildlife Refuge. But Steven Ingle with TPM told the newspaper TPM only owns about 9,000 acres, and they would disturb only part of that.

The story has further discussion about TPM’s claims of low impact. Then:

“Based on the amount of permanent damage, the mining could still [a]ffect the top soil for planting trees, which could then cause issues for natural habitats,” said Suwannee Riverkeeper John S. Quarterman.

Endangered animals, such as the Gopher Tortoise and Gopher Frog, were found within the proposed area. The Corps stated they would move the animals for protection. However, the Land of Trembling Earth is home to more than 300 different species, which could be effected as well. [Steven Ingle, from Twin Pines Minerals,] says Twin Pines has worked with highly-skilled professionals during the long process of filing the application.

“The Corps of Engineers is in charge of this project, and the Savannah District does a fantastic job in meeting regulations to keep the Okefenokee area safe and secure,” he stated.

The swamp is the headwater to the Suwannee and St. Marys Rivers, meaning they begin with the Okefenokee. Issues that may arise during this project could flow in either direction. Suwan[n]ee Riverkeeper John S. Quarterman expressed concern about the [a]ffects on the neighboring waterways. “Anything that [a]ffects the swamp [a]ffects the Suwan[n]ee,” he said, “with mining, all sorts of things can go wrong”.

The Suwannee River Basin flows through 30-plus counties between Georgia and Florida, and three branches of the river are inside the Okefenokee.

“During Hurricane Irma, the only pollution spills in the Suwannee River Basin were three from Chemours mines on Trail Ridge in Baker and Bradford counties,” said Quarterman, “Do we want to risk that on Trail Ridge in Charlton County, where downhill is either the Okefenokee National Wildlife Refuge or the St. Marys River?”.

Employees of the refuge, local riverkeeper agencies, and concerned citizens are currently reading through the application, but feel there is more information needed.

For much more about this titanium mine application, see wwals.net/pictures/2019-07-12–tpm-usace/.