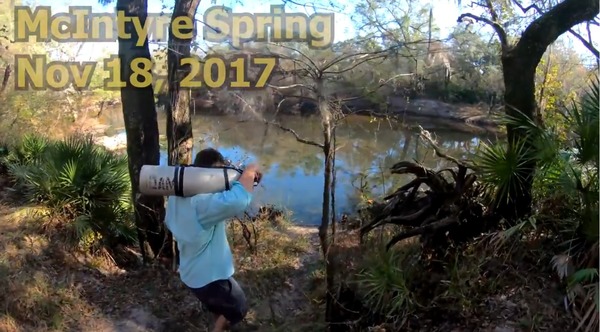 Who would have thought that off the Withlacoochee River under Brooks County, Georgia there were caves so big you can hardly see both the diver and the edge: 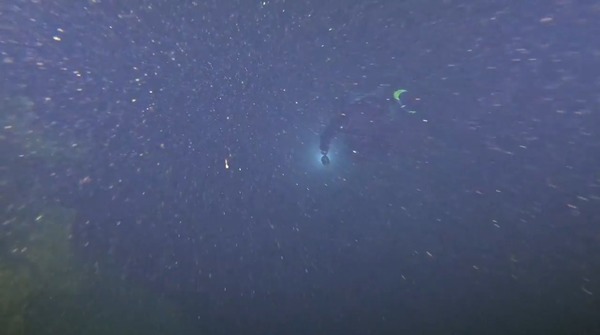 
Video: Guy Bryant, YouTube, Published on Dec 15, 2017
Video taken at McIntyre Spring on Nov 18, 2017. The visibility was around 40 ft, but there were so many particulates in the water that it was like a sand storm as you’ll see in this video. I videoed Tom Hundley in the first 1100 feet of cave while Kyle Moschell & Deco Donahue relined and mapped another section of the cave. Also Adam Hughes sketched in the first 1200 ft of survey for a detailed map. I plan to redo the video when the spring clears more later in the year.

We first learned of McIntyre Spring from VSU Biology Prof. Emeritus David Bechler, who tipped us off last year to Guy Bryant’s blog post, which includes his previous map of 4610 feet of explored passage back under Brooks County, Georgia. 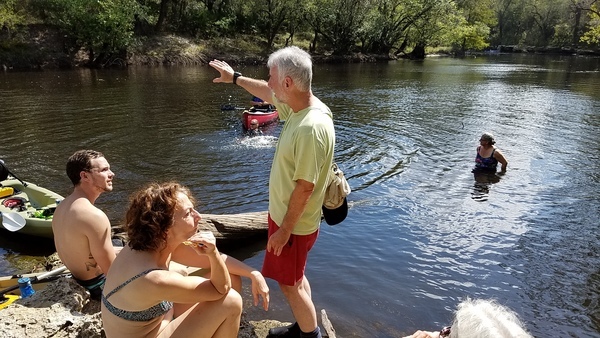 And I dare any judge to claim we can’t say this is the karst containing our water supply: 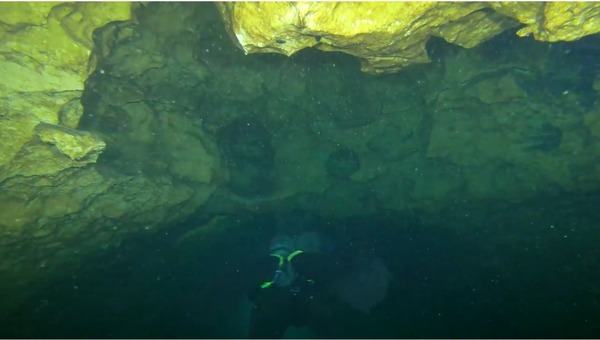