This is the first Valdosta spill press release that mentions the proposed additional catch basin. It still doesn’t acknowledge the other 13 spill locations from last time, nor does it say which, if any, of the previous spills was finally stopped.

I have requested an update from GA-EPD for what reports they have received, and I’ll post their response tomorrow. Meanwhile, you can sign the petition to ask GA-EPD to tell everyone when anyone spills. 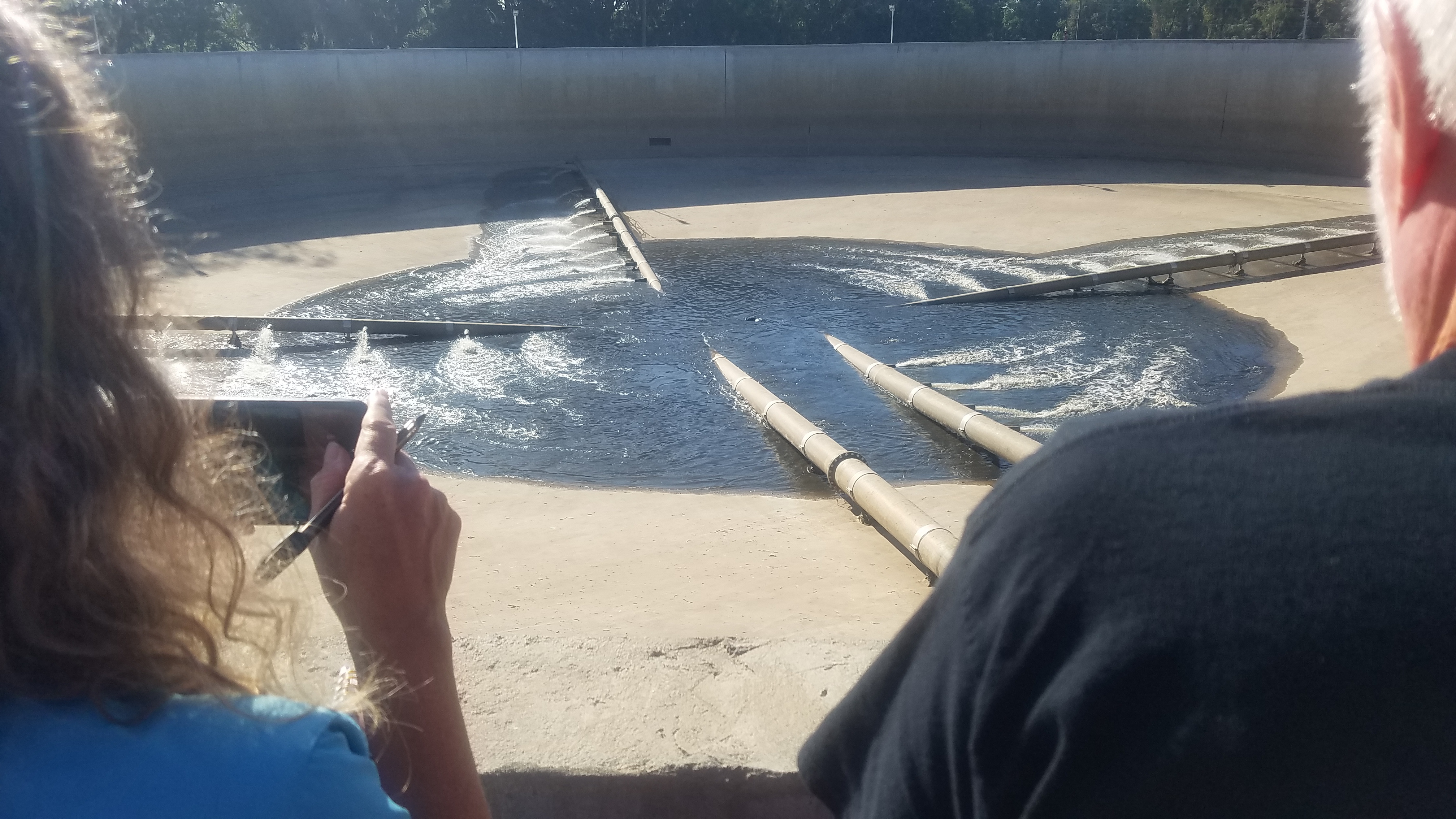 Photo: John S. Quarterman for WWALS, of one of four processing units, during WWTP tour, 3 October 2018.

During the past two weeks, The City of Valdosta and surrounding areas have received a combined total of 15 inches of rain during several storm events. Included in that total is the 3 to 4 inches of rain that Valdosta received over the weekend. During the most recent weekend rain event, city infrastructure operated as designed. While the WWTP has a normal average daily flow of 3.5 million gallons (MG), this past weekend, the influent flow peaked at more than 22 MG—nearly seven times the normal rate. As a result of recent rainfall totals into the plant, the structures were overwhelmed. The current system has four processing units, although during normal operations the system only requires one. During this storm event, the Withlacoochee Plant was running all four units plus the excess flow equalization basin. Additionally, the city is working with the Georgia Environmental Protection Division to design and install additional storage capacity at the facility.

On December 15 and 16, the City of Valdosta’s Withlacoochee Wastewater Treatment Plant identified intermittent sewage spills. The spill was caused by END_OF_DOCUMENT_TOKEN_TO_BE_REPLACED