The Withlacoochee River is higher this morning than yesterday, so conditions are fine for #PaddleGA2019!

Those people on Spook Bridge during the 1928 flood were crazy: 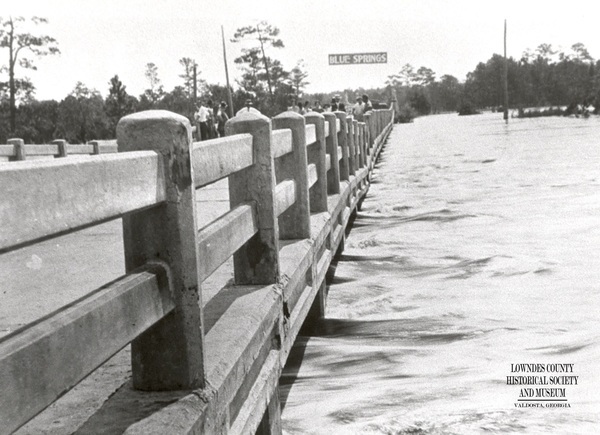 Right now the USGS Quitman (US 84) gauge reads 86.15 feet NAVD 88, which is well above the 85.9 feet Joe Cook wanted for Paddle Georgia. And it has been rising since yesterday morning. The fellow who left his kayak at the bottom of Troupville Boat Ramp may be in for a surprise…. 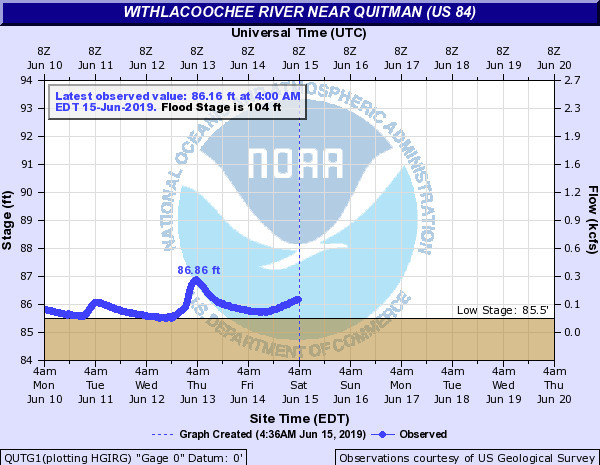 Upstream, the gauges are even higher, and that water is coming downstream.

Adel at 178.73′ has crested but is still more than three feet above low stage.

Tifton at 267.57′ has also crested but remains a foot above low stage.

Lower down on the Withlacoochee and Suwannee Rivers, the water has been rising all week and continues to do so. 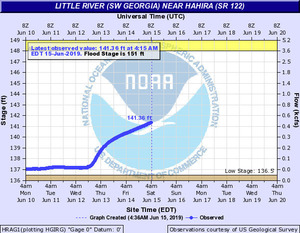 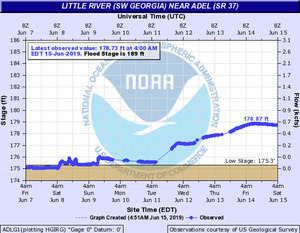 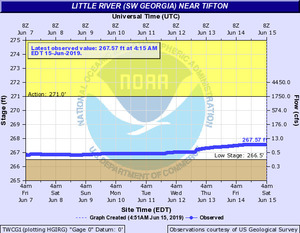 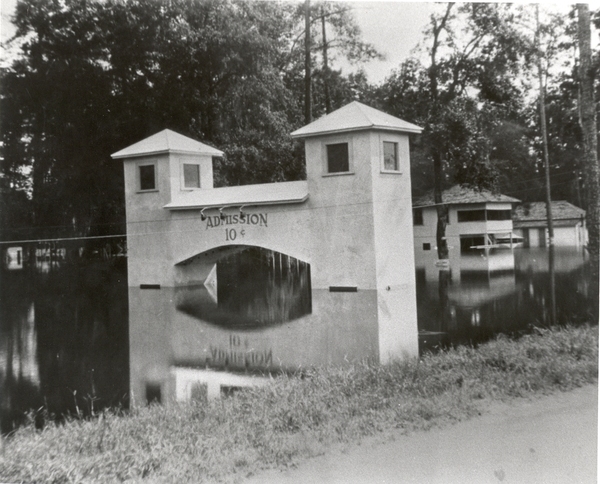 Wade Spring (“Blue Spring”) predates US 84. The original owners built their own railroad to get customers to the spring. 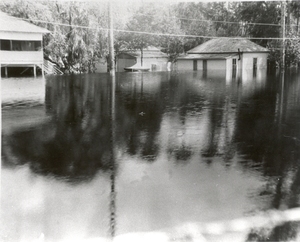 The Wiregrass Georgia US84 tourism card story, if one so chooses, will need a bottle of Coca-Cola, peanuts and vocal chords to accomplish. You put the peanuts in the coke bottle. We use this with certain tour groups at the museum. The 1860 railroad from Savannah would bring US84. 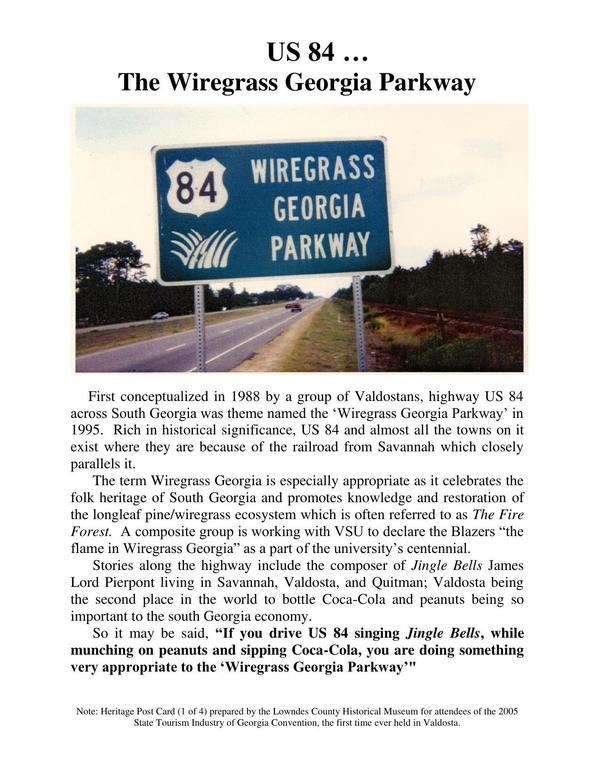 You can see the Little River Confluence with the Withlacoochee River, which is where Helen Tapp has set up to show paddlers this morning her family Land Between the Rivers, 8AM to 10AM this morning, Saturday, June 15, 2019. 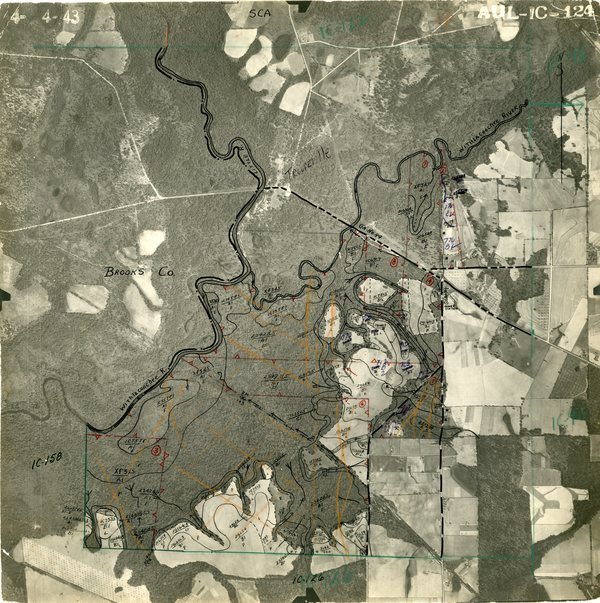 All these sites are on the Withlacoochee and Little River Water Trail (WLRWT).