Apparently we’re such an institution that Scott James thought tomorrow is our fourth or fifth Suwannee Riverkeeper Songwriting Contest, but actually it’s the Second Annual, 1-5PM, Saturday (tomorrow), at the Salty Snapper on Gornto in Valdosta, GA. 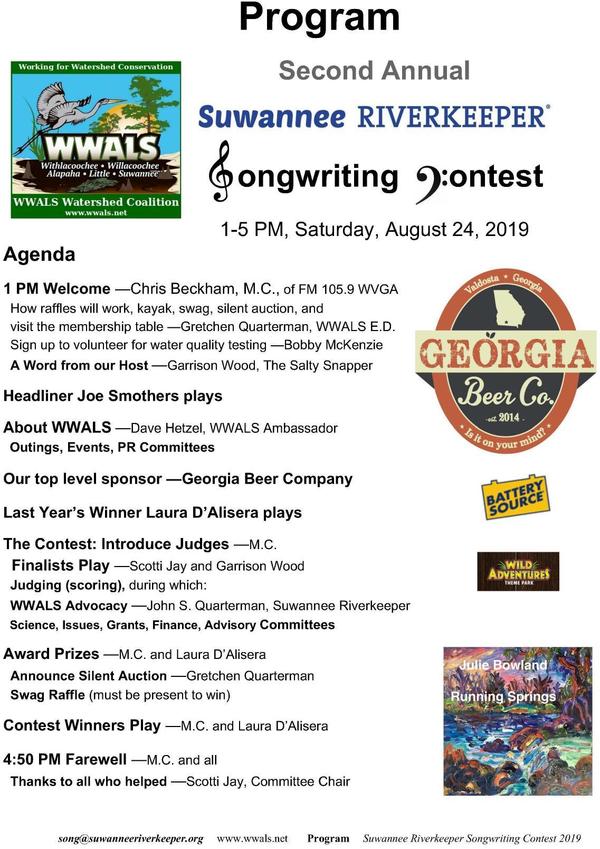 Tickets are still $10 online, which gets you closer to the stage, or $12 at the door. The VIP tables of eight right in front of the stage are sold out, but you can still get individual tickets.

Here’s WWALS radio TV (YouTube) of Scott James and I discussing the Suwannee Riverkeeper Songwriting Contest on 92.1 FM WVGA this morning from the steps of the historic Lowndes County Courthouse. 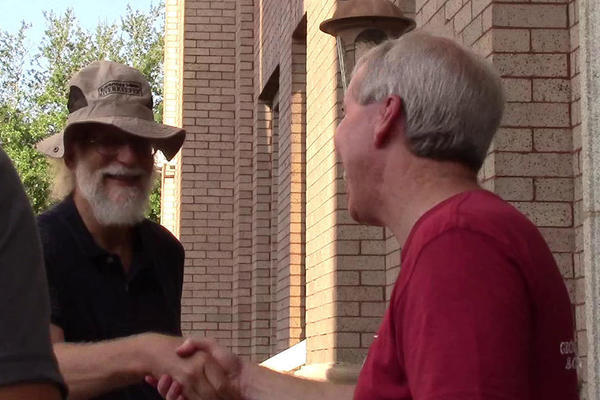 You can listen to the video, although you’ll hear why Valdosta wants a truck bypass around downtown. So I’ve summarized below what we said.

Scott wanted to hear about the seven finalists. Naturally, he was most interested in the ones from Valdosta (Tom Hochschild), 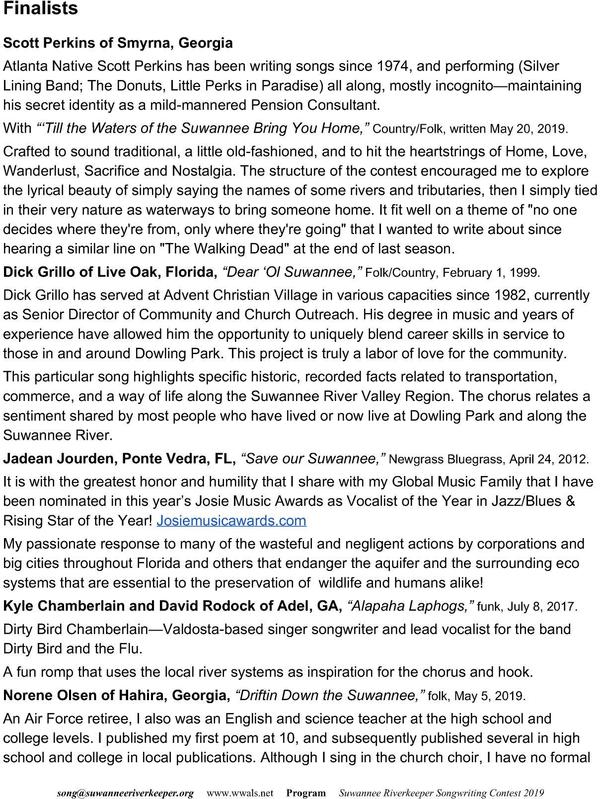 and the ones from nearby, such as Norene Olsen (Hahira) and Dirty Bird Chamberlain (Adel). 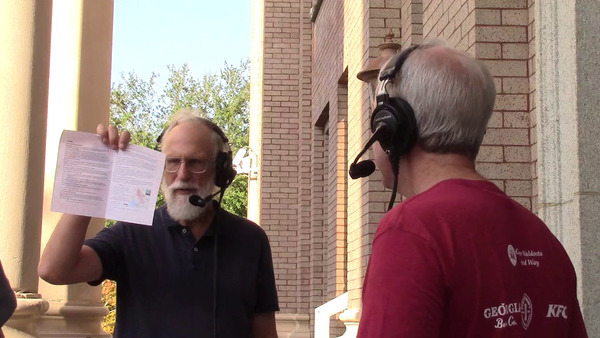 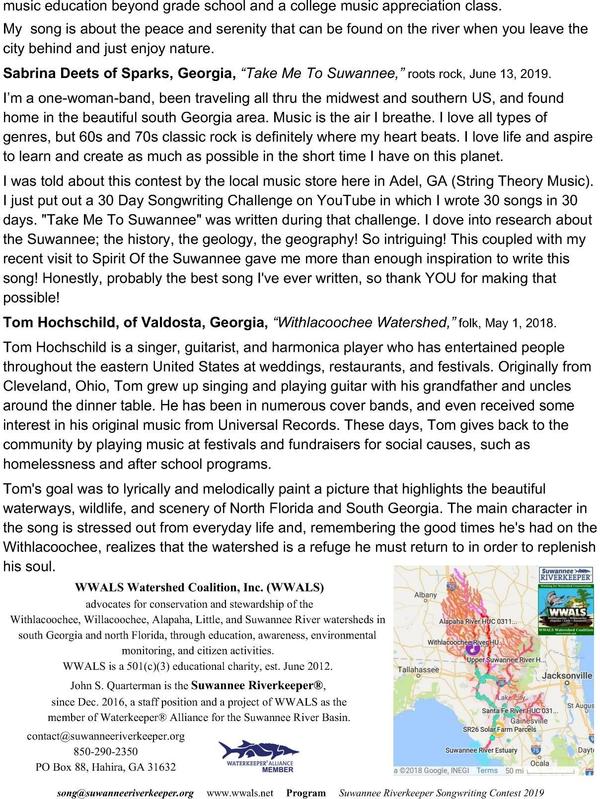 Scott wanted to know who won last year, so I said Laura D’Alisera, who liked it so much she joined the organizing committee, and she is a headliner playing tomorrow, along with Joe Smothers. 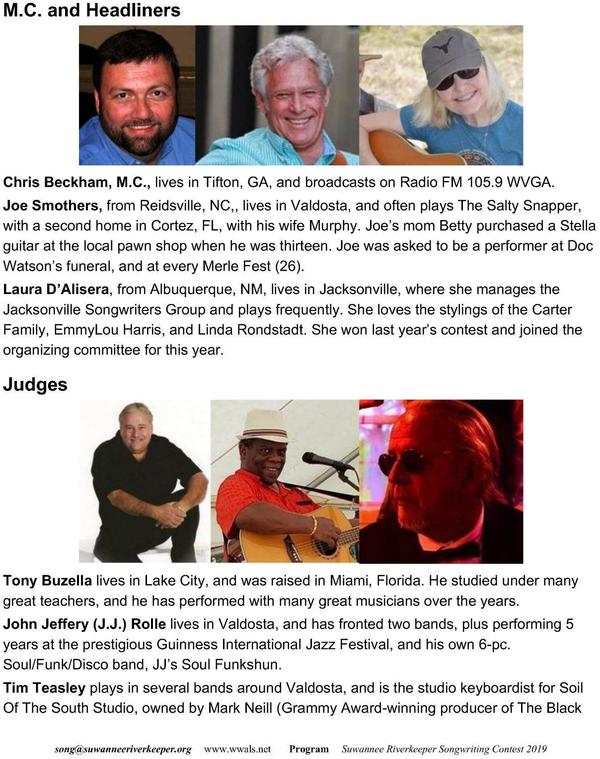 Scott wanted to know if his radio colleague Chris Beckham is still the Master of Ceremonies. For sure, Chris Beckham, M.C. 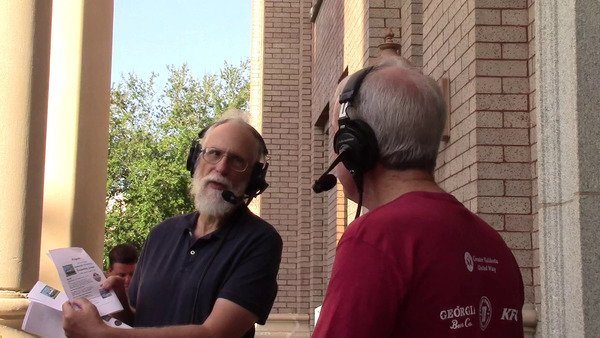 Scott didn’t ask about the judges, but we have three of them, one from Lake City, and two from Valdosta.

I handed Scott the page of Sponsors and Donors and made sure to mention first our top-tier Sponsor, Georgia Beer Company. Afterwards I saw Molly Deetz waiting to go on the air, so I thanked her for the Wild Adventures tickets in the silent auction. We’ll have available kayak raffle tickets.

All that plus food, a cash bar, plenty of music, and yes, we’ll talk about the advocacy for which this is a benefit concert.

Scott James first asked listeners to pick up trash when they go boating or fishing, so I suggested what if we stopped Nestlé from sucking up our aquifer water and selling it back to people in plastic bottles that we have to clean up.You can help with that by writing to the Suwannee River Water Management District (SRWMD).

Scott complimented Lowndes County for finishing the Naylor Boat Ramp on the Alapaha River, as did I.

He said our waterways are underutilized. I said just the other day I had told SGRC at a Parks and Rec meeting that in addition to their map of bicycle trails, they needed a map of water trails, and I would send them the data for that. 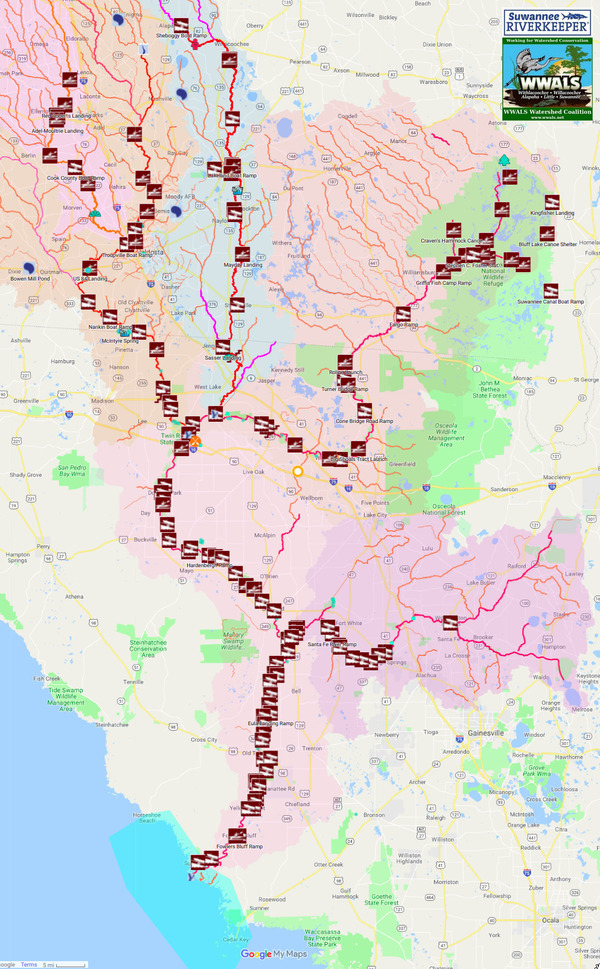 We discussed the proposal for a Troupville River Camp just downstream from Troupville Boat Ramp, on the Little River and its Confluence with the Withlacoochee River. He mentioned Helen Tapp, one of the landowners, had been on his show before talking about that.

I invited him to come see a Suwannee River Wilderness Trail River Camp, when we camp overnight at Holton Creek River Camp, September 21-22, 2019.

Everything else about the Second Annual Suwannee Riverkeeper Songwriting Contest is here:
wwals.net/pictures/2019-08-24–suwannee-riverkeeper-songwriting-contest