When you pay a state fee, be it for a license plate or for use of a landfill, chances are much of it is being diverted to some unrelated purpose. The Lanier County Commission today passed a resolution urging the Georgia legislature to dedicate state fees to their statutorily-designated programs. 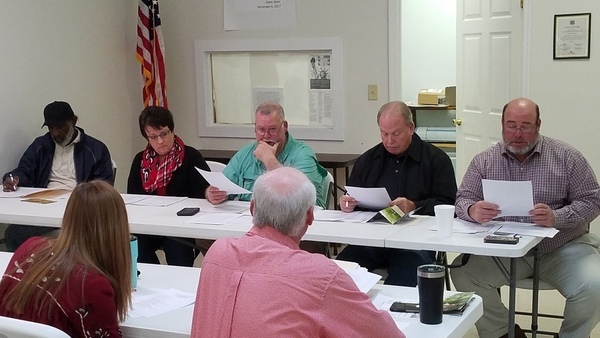 Resolution against diversion of state fees

When we get a signed copy we will post it. Meanwhile, here is the text; see also PDF.

A RESOLUTION OF THE ______________________, IN THE STATE OF GEORGIA, REQUESTING THE PASSAGE OF HR 158 (SPONSORED BY REP. JAY POWELL, R-CAMILLA), A MEASURE ALLOWING THE GEORGIA GENERAL ASSEMBLY TO DEDICATE FEE COLLECTIONS FOR THEIR STATUTORILY DESIGNATED PROGRAMS 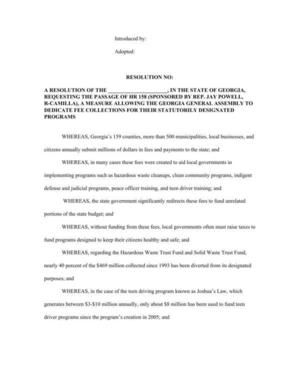 WHEREAS Georgia’s 159 counties, more than 500 municipalities, local businesses, and citizens annually submit millions of dollars in fees and payments to the state; and

WHEREAS in many cases these fees were created to aid local governments in implementing programs such as hazardous waste cleanups, clean community programs, indigent defense and judicial programs, peace officer training, and teen driver training; and

WHEREAS the state government significantly redirects these fees to fund unrelated portions of the state budget; and

WHEREAS without funding from these fees, local governments often must raise taxes to fund programs designed to keep their citizens healthy and safe; and

WHEREAS regarding the Hazardous Waste Trust Fund and Solid Waste Trust Fund, nearly 40 percent of the $469 million collected since 1993 has been diverted from its designated purposes; and

WHEREAS in the case of the teen driving program known as Joshua’s Law, which generates between $3-$10 million annually, only about $8 million has been used to fund teen driver programs since the program’s creation in 2005; and 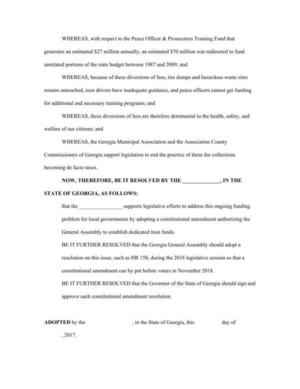 WHEREAS with respect to the Peace Officer & Prosecutors Training Fund that generates an estimated $27 million annually, an estimated $70 million was redirected to fund unrelated portions of the state budget between 1987 and 2009; and

WHEREAS because of these diversions of fees, tire dumps and hazardous waste sites remain untouched, teen drivers have inadequate guidance, and peace officers cannot get funding for additional and necessary training programs; and

WHEREAS these diversions of fees are therefore detrimental to the health, safety, and welfare of our citizens; and

WHEREAS the Georgia Municipal Association and the Association County Commissioners of Georgia support legislation to end the practice of these fee collections becoming de facto taxes.

BE IT FURTHER RESOLVED that the Georgia General Assembly should adopt a resolution on this issue, such as HR 158, during the 2018 legislative session so that a 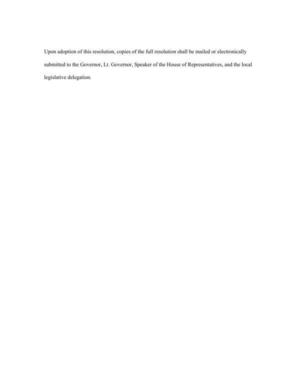