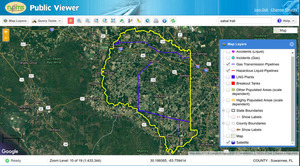 On November 13, 2018, I sent you a list of sixteen questions about Sabal Trail’s leak at its Hildreth Compressor Station in Suwannee County, Florida, on September 29, 2018.

The only response I have received was by email the next day from James A. Kelly, saying:

“Thank you for contacting the Office of Pipeline Safety, Pipeline and Hazardous Materials Safety Administration. This initial response is to acknowledge your inquiry regarding the Sabal Trail Hildreth Compressor Station leak of September 29, 2018.  We are reviewing the requested information internally and will follow-up as soon as possible.”

17. Why, a year and a half after Sabal Trail declared itself operational, are none of Sabal Trail nor the other components of the Southeast Market Pipelines Project (SMPP) shown in PHMSA’s Public Map Viewer?

During the permitting for Sabal Trail and the other pipelines in the Southeast Market Pipelines Project, we were repeatedly assured by FERC and Sabal Trail that PHMSA handles pipeline safety.

Please let me know when I can expect answers to these questions.

which does not include Sabal Trail: 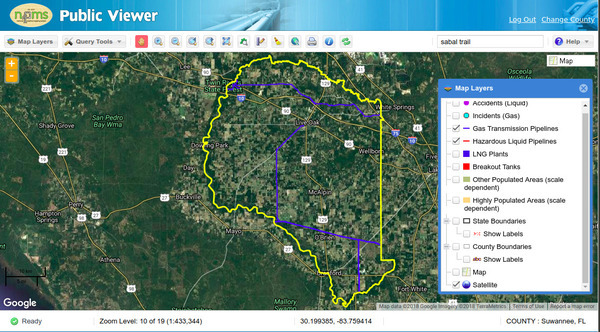 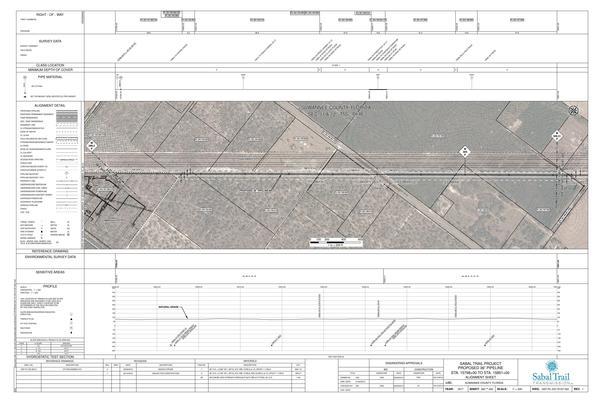