Last Wednesday, I invited the Live Oak Woman’s Club to the meeting in Valdosta this Wednesday evening between elected officials of the dozen downstream Florida counties and Valdosta. 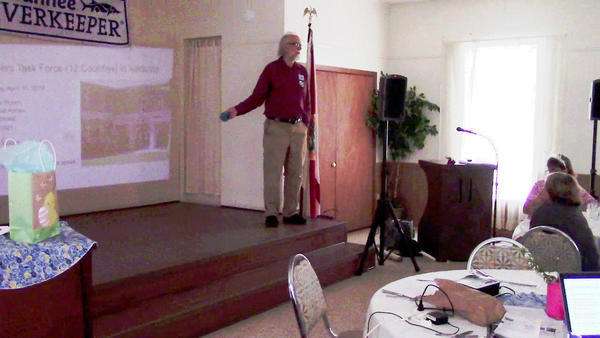 I talked about all the items on the alides, plus some topics raised by questions from the audience.

For example, they were horrified to hear that (according to GA-PSC), AGL did not follow its own corporate procedures to investigate the Homerville, GA pipeline gas explosion. Eileen Box mentioned that the source of AGL’s gas, Southern Natural Gas, also has a pipeline that runs through her property in Suwannee County.

Most of the attendees at the Live Oak Woman’s Club had not heard that Sabal Trail leaked gas at its Hildreth Compressor Station in Suwannee County in September 2018, and they were not pleased to learn Sabal Trail took a week to get around to telling FDEP about that. 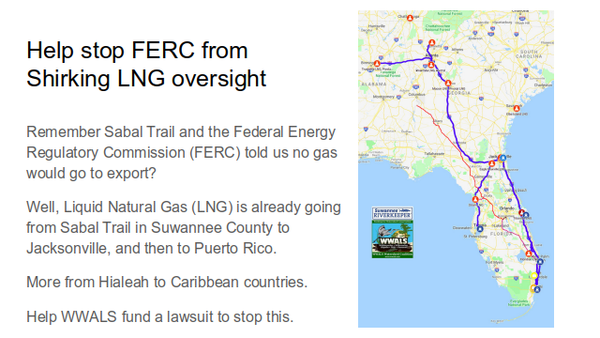 They wanted to know about liquid natural gas (LNG), and they were again horrified to learn that AGL’s Pivotal LNG trucks are rolling down I-75 and I-10 through Suwannee County from Georgia to Jacksonville, where the gas goes by ship at least as far as Puerto Rico. They wanted to know where the gas comes from, so Eileen and I explained fracking, the Marcellus Shale, the chain of pipelines feeding that fracked gas to Florida, and the flawed bills in the Florida statehouse right now that would ban only 2 out of 3 forms of fracking. 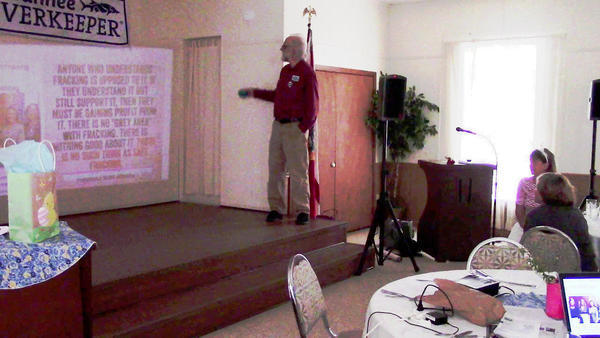 Everybody is laughing at the beginning of the video because I forgot to turn on the camera until then. Also I had just declined to sing. I did do a bit of what I will term interpretive dance later. 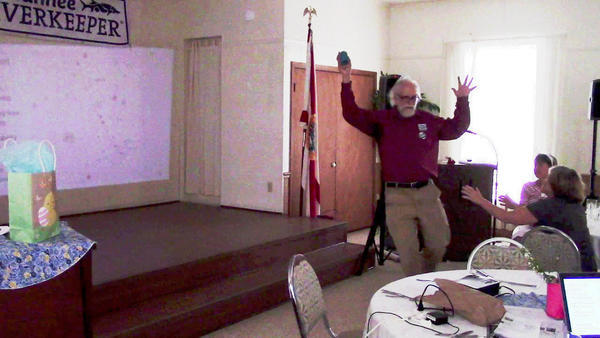 We learned a little earlier that WWALS Board member Eileen Box sings in the Chorus. Several people have suggested they may want to submit a song for the Second Annual Suwannee Riverkeeper Songwriting Contest.

Live Oak Woman’s Club President Fifika Shearer was the winner of last summer’s WWALS kayak raffle, and gave the kayak to Eileen as a birthday present. 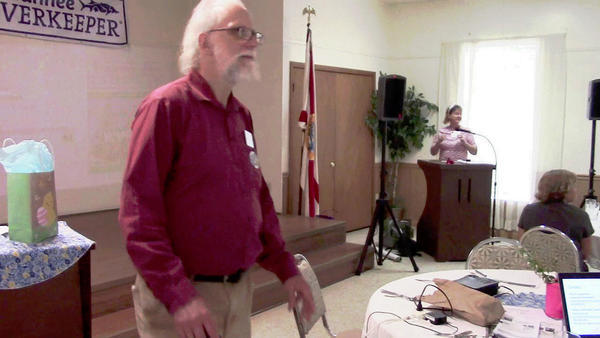 Live Oak Woman’s Club Conservation Chair Eileen Box presented me with an honorarium for WWALS for this talk. 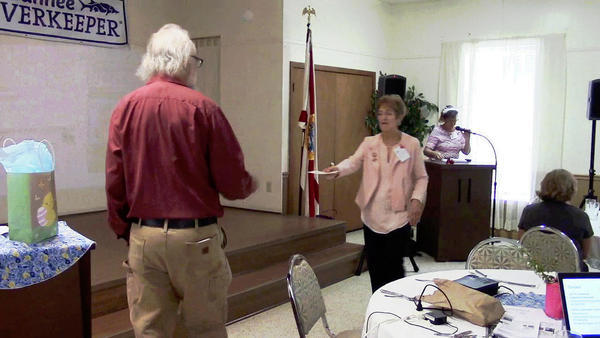 The slides and more pictures from this talk are on the WWALS website.