urbanization at the river’s headwaters, water demand from communities in the upper Flint basin, intensive agricultural water use in the lower basin, and frequent and prolonged drought. The Flint’s low-flow problems are a reminder that water scarcity is increasingly a serious issue in all regions of the country.

In the lower Flint basin, the over-permitting and over-pumping of the Floridan Aquifer— 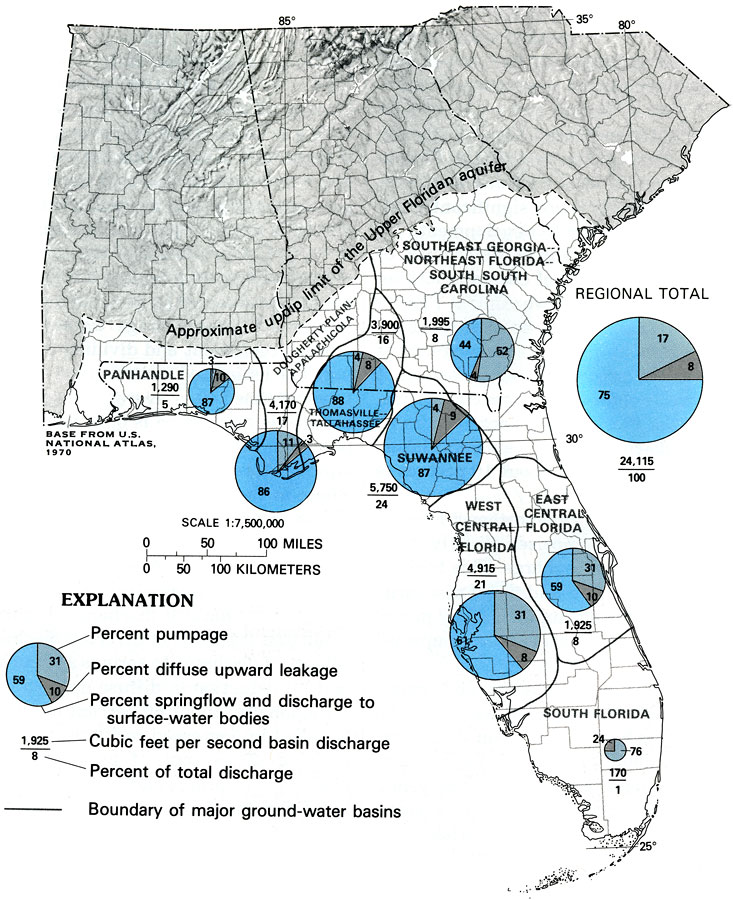 and the drying-up of major streams in the Flint watershed as a consequence— presents a difficult water management balancing act that rivals challenges on the Great Plains and in California. The upper Flint presents challenges that more and more communities will face wherever urbanization, drought, and water demand strain limited surface water resources. Throughout the Flint basin, proactive and collaborative work to address these water quantity challenges is critical to ensuring the sustainability of communities and the river ecosystem.

Since 1975, low flow rates in the lower river have decreased 40 percent, and in tributaries and the upper river over 70 percent. Severe low flows have impacted property values and traditional uses, such as fishing and recreation, and critically threaten endangered fish and mussel populations. The river’s southernmost major tributary, Spring Creek, home to three federally protected species, has gone dry in nine of the last 11 years, including non-drought years.

Recreational paddling opportunities in the scenic upper river have declined over the last decade because the river runs low so often, especially in the warm months of the year. Climate models predict even drier conditions in the future, promising to make the Flint’s low-flow issues increasingly dire for recreation, wildlife, and communities.

The complex water quantity challenges throughout the Flint River basin have developed over decades and will not be solved quickly. Collaboration among all water users and all stakeholders in a healthy Flint River is the key to meeting these challenges.

American Rivers and Flint Riverkeeper have just completed a new assessment of the upper portion of the basin, pointing toward solutions for that part of the river system. The organizations are working on a multi-year project to restore healthy flows in the upper Flint basin— working with municipal water providers, water users, residents, businesses, landowners, congregations, non-profits, state officials, and all who depend on a vibrant, flowing Flint River. Similar collaborative efforts in the lower Flint basin, focused on agricultural water use, hold great potential for finding solutions for restoring the Flint. There are many factors contributing to the Flint’s low-flow problems, and just as many opportunities for those who depend on the river system to help restore it.

Meanwhile, the state of Georgia also must address flows throughout the Flint basin. The Georgia Environmental Protection Division must work to develop ecologically-based, enforceable healthy flow requirements for drought and non-drought conditions to protect the economic and ecological vitality of the river system. The State of Georgia must help find solutions that will allow for the reasonable use of water in the Flint basin in a way that improves flows in the river for the benefit of all river functions, users, and future generations.