Due to fine work by WWALS members Chris and Deanna Mericle in Hamilton County, Florida,

Sabal Trail proposes to move its fracked methane pipeline off of the Withlacoochee River in Florida, and invites the public to an Open House in Jasper, FL Tuesday October 21st about that and other matters. We can ask them to move it off the Withlacoochee River in Georgia, too. And it’s still possible to file ecomments with FERC, and to contact your local, state, and national elected and appointed officials.

Concerns such as FERC’s John Peconom and Spectra’s Andrea Grover and other FERC and Sabal Trail reps heard and saw first-hand when Chris and Andrea Grover got them to come see for themselves the fragile karst limestone sinkholes and springs Sabal Trail proposed to gouge through:

Those of you who came on the WWALS September Outing on the Withlacoochee and Suwannee Rivers saw these springs and felt their cool waters.

You can see these springs online in the Mericles’ video. Our Withlacoochee River and its springs from our drinking water Floridan Aquifer are more important than profit for companies from somewhere else.

We encourage your attendance to learn about the Sabal Trail Project, the Withlacoochee Alternative, review mapping and displays, collect information and ask any questions you may have. The public is invited and we encourage all interested persons to attend.

SpectraBusters has taken Sabal Trail up on that offer and posted a facebook event, Road Trip: FERC and Sabal Trail in Jasper, Florida,

Let’s take up Sabal Trail’s invitation to the public for an Open House at the Florida Gateway Golf & Country Club in Jasper, Florida.

WWALS members may want to go to Jasper and ask Sabal Trail and FERC to move their proposed pipeline off the Withlacoochee River in Georgia, too. After all, it’s the same fragile karst limestone where they propose to drill under the Withlacoochee near US 84 between Brooks and Lowndes Counties.

And the same where several of the other alternatives would run down I-75 past Tifton, Adel, Hahira, and Valdosta in Tift, Cook, and Lowndes Counties Georgia, and would drill under our Withlacoochee River just west of Valdosta near Valdosta Mall and Lowndes High School.

Plus Sabal Trail’s triplet Florida Southeast Connection (FSC) has already filed with FERC for the formal permit process. You can file ecomments with the new FSC FERC Docket CP14-554-000, or you can become an intervenor.

And you can contact your local, state, and federal elected and appointed officials and ask them to take action

against this unnecessary, environmentally damaging, and hazardous pipeline that companies from Juno Beach, Florida and Houston, Texas want to gouge through our local lands and drinking water aquifer. There are three already-authorized liquid natural gas (LNG) export operations right where the Transco -> Sabal Trail -> FSC pipeline chain would go in Florida. FPL itself (co-owner of Sabal Trail Transmission LLC). has bought into an Oklahoma fracking company. Spectra Energy (the other co-owner) not only pipes gas from shale fracking in Pennsylvania and Texas; Spectra is building a pipeline in British Columbia explicitly to an LNG export terminal, and Spectra CEO Greg Ebel has said Spectra “expects” to export. All the evidence indicates this pipeline is for LNG export to get much higher overseas prices, which would run up domestic natural gas prices. Is that any excuse for federal imminent domain to take local lands?

Maybe it profits Florida Governor Rick Scott, who owned Spectra stock before FL PSC approved that pipeline and who still owns stock in other natural gas companies. Maybe it profits the re-election campaigns of Alabama Governor Robert J. Bentley and Georgia Governor Nathan Deal, each of which accepted $10,000 from Spectra Energy’s PAC; Deal also took more from three other pipeline companies, adding up to $21,300. 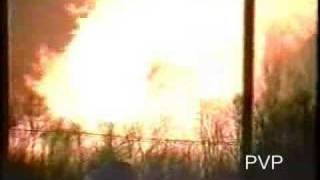 But how can a one-time payment for an easement on your land compensate for long-term environmental destruction and hazards to life and limb? How can no payment to local and state emergency responders and hospitals compensate for cleaning up any future sinkhole, leak, or explosion by a company whose own SEC filings say doesn’t carry sufficient insurance? A company with a long rap sheet of corrosion, leaks, and explosions?

Elected and appointed officials can pass ordinances, deny permits, speak up in Congress and in the press. And you can write letters to the editor, call radio shows, and talk to your neighbors. Plus you can talk directly to FERC and Sabal Trail in Jasper, Florida, next Tuesday, October 21st.