I asked the Charlton County Commission just yesterday to ask the Corps for an extension, and numerous other people and organizations have done so. The Corps has already responded.

The Army Corps of Engineers is extending the deadline for public comments on a proposal to mine for minerals near the Okefenokee National Wildlife Refuge.

The new deadline is September 12, an additional 30 days from the original deadline of August 13.

Environmental groups were calling for the deadline extension.

Since there’s nothing on the Corps’ Public Notices website about that, I asked her how she knew. She said Senior USACE Public Affairs Officer Billy Birdwell, 912-652-5014. So I called him. 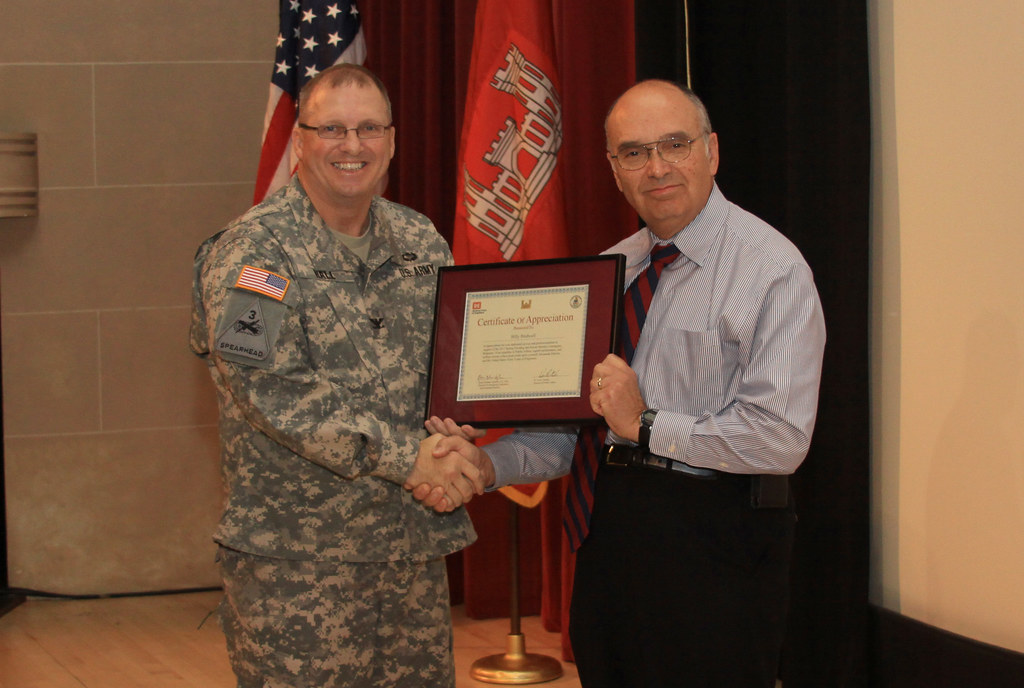 Photo: USACE. “Billy Birdwell received a Certificate of Appreciation which reads, in appreciation for your dedicated service and professionalism in support of the 2011 spring flooding and severe storms contingency response. Your expertise in public affairs, superb performance, and selfless service reflect great credit upon you, the Savannah District, and the U.S. Army Corps of Engineers. Signed by Karen Durham-Aguilera, director of contingency operations and homeland security and Curry Graham, director of USACE public affairs. Presented April 10, 2012.”

Billy Birdwell confirmed he had gotten that word verbally himself, and he had told her and the Associated Press. And that the Corps is working on getting that extension posted on its website, along with the complete application.

I asked him to also fix the telephone number for the Albany USACE office, which as previously posted is not a working number. He seemed surprised, but said he would ask to get that fixed.

Meanwhile, the entire application is on the WWALS website. Confirmed by another copy from another source yesterday: this is the actual application.

It does not include the further “scientific reports” that the GPB story mentions are still forthcoming from Twin Pines Minerals.

For a collection of previous posts, with news roundup, how to comment, etc., see also https://www.wwals.net/pictures/2019-07-12–tpm-usace/.