Two WWALS board members asked their county commissions in two states to oppose Sabal Trail. The Hamilton County, FL Commission answered about the Suwannee River; the Lowndes County, GA Commission sat silently about the Withlacoochee River. Neither did anything, which is why WWALS filed a petition Friday to oppose FL-DEP’s proposed permit for Sabal Trail to drill under the Suwannee River; more on that later. You can help by calling Georgia Gov. Deal and commenting to GA-EDP and FERC. And by becoming a WWALS member today! 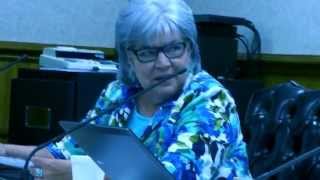 Local resident Chris Mericle asked his county commission to once again oppose the Sabal Trail fracked methane pipeline, this time by opposing a permit the Florida Department of Environmental Protection proposes to issue for Sabal Trail to bore under the Suwannee River and other sovereign submerged lands and wetlands of Florida. 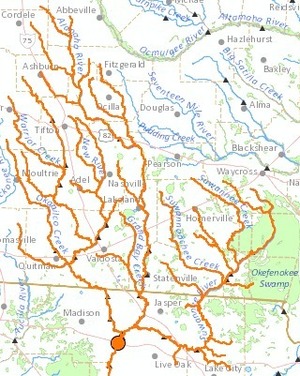 This time, the Hamilton County Commission was not willing to undertake the expense of fighting this permit. One commissioner observed a potential settler in the county heard about the pipeline and declined to move in. They speculated FL-DEP must have had public hearings; actually no, DEP didn’t. They seemed unaware of the conflicts of interest involved. They also hoped somebody else, such as the Sierra Club, would oppose the permit. Sierra Club tells me they will not. However, WWALS Watershed Coalition did file a petition for a hearing; more on that later. I related a number of new developments with the Sabal Trail fracked methane pipeline, such as Dougherty County, Albany, and their state and federal reps planning a joint opposition meeting, and asked what Lowndes County was going to do. Answer: silence.

Congratulations to the Dougherty County, GA and Albany Commissions for continuing to stand up for their people!

You can still call Georgia Governor Deal and ask him to oppose Sabal Trail, and you can comment to GA-EDP about that proposed Albany compressor station, and to FERC about the proposed pipeline.

And if WWALS gets a hearing with FL-DEP, we’ll be needing funding for that. So please look at the ritual membership request below and consider signing up. Several people have just in the past week, because of this pipeline work. We hope you will, too.