According to Gregory Payne, Sabal Trail only recently put up those No Trespassing signs on their easement, after Gregory moved in with a peaceful nonviolent encampment with permission from the landowner. While trying to stop the pipeline, the campers are making sure Sabal Trail does not block the landowner’s access. This is not a WWALS event or activity, but it is happening in WWALS watersheds, so I went to report on it yesterday, Sunday October 16th 2016.

Gregory Payne says he is with the American Indian Movement Indian River, FL. However, so nobody has to join that group to participate, he’s calling the encampment Sacred Water Camp: Mass Demonstration, with an event scheduled for 7-10AM this morning, Monday October 17th 2016. 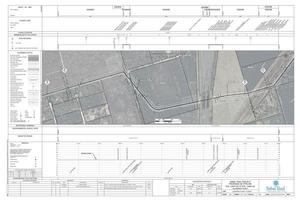 This is what the event says it is about: With help of all water warriors, have obtained land to hold a 24/7 occupied spirit camp. This will be a peaceful and spiritual demonstration. Our sole purpose is to bring Sabal Trail Pipeline to a complete stop. Our camp will be occupied by fellow activists 24/7. The land around the camp is full of mass destruction, due to the pipeline construction. We as water warriors, need to make our presence known in a peaceful, yet direct way. Come out, bring your tents, friends and family to join the spirituality. Thank you, we hope to see you there.

IN THE SPIRIT OF UNITY AND SPIRITUALITY.
WE STAND WITH SACRED STONE!

The back of Gregory Payne’s t-shirt says: We Stand with Standing Rock

As in the Standing Rock Sioux opposition to the Dakota Access Pipeline (DAPL) in North Dakota. Remember, Enbridge, one of the two pipeline companies behind DAPL, is buying Spectra, the pipeline company behind Sabal Trail.

Disclaimer: I have not had time to look into AIM Indian River, so I am reporting what Gregory Payne told me and what I saw. Once again, this is not a WWALS encampment nor a WWALS event. However, WWALS has long supported peaceful nonviolent opposition to the invading Sabal Trail fracked methane pipeline, and that’s what I saw at this encampment. Here are some other events you can participate in. Here are some other things you can do, in a post about what I saw at the head of the black snake, where Sabal Trail begins at Exelon’s Hillabee Power Plant near Alexander City, Alabama. There we saw Price Gregory signs, just like in Suwannee County, and No Trespassing signs just like those we saw where Sabal Trail is drilling under the Withlacoochee River between Quitman and Valdosta, Georgia. Just like in Alabama, in Florida trucks tailed me, this time a white truck from Oklahoma and a black truck from Texas, seen in this picture behind Gregory and me with Sabal Trail pipe.

Sabal Trail has started destruction in at least five places, plus Florida Southeast Connection is digging south of Orlando. They have $3 billion, but we the many water protectors and groups have people all over Florida, Georgia, Alabama, and beyond. Pipe in the weeds Camp with porta-potty on wheels New No Trespassing signs, but no endangered species signs Peaceful demonstrators like Gregory Payne have permission from the landowner We Stand with Standing Rock: back of t-shirt Vehicles on I-10 behind Sabal Trail mound of dirt No Sabal Trail! No fracking Florida! You can not drink gas or oil.

2 thoughts on “Encampment against Sabal Trail in Suwannee County, FL”