The audience was amused at the thought of the Valdosta City Council racing at Reed Bingham, or of any of them writing songs. But it could happen! And any of them can come on down to the Wild & Scenic Film Festival in Valdosta.

You’ve already seen the videos of the two resolutions, for the Withlacoochee and Little River Water Trail (WLRWT) and the Alapaha River Water Trail (ARWT). Here are videos of three WWALS members thanking Valdosta Mayor and Council for those, plus three festivals. We call WWALS a coalition because many people are involved, from many backgrounds, doing many different things to conserve and advocate for our watersheds being swimmable, fishable, and at least our well water drinkable. 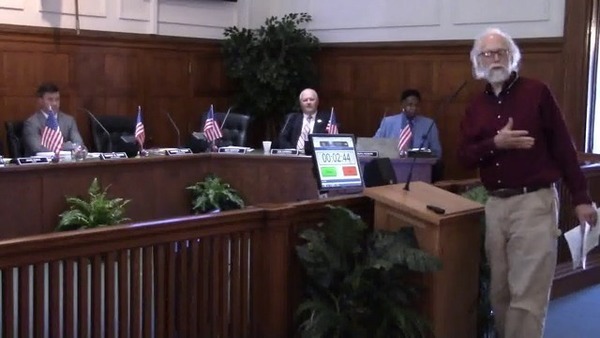 There’s a playlist at the end.