Valdosta, GA, September 13, 2018 — This morning two landowners from Moultrie, Colquitt County, Georgia, and the Bell brothers of a subject property in Mitchell County, Georgia, all settled with Sabal Trail Transmission about payment for easements for a 36-inch natural gas pipeline through their land.

I am extremely unhappy, but such is life.

The defendants’ attorney Jonathan P. Waters had no comment on the confidential settlement of these cases.

These cases were originally filed by Sabal Trail Transmission against Georgia landowners in March 2016, invoking federal eminent domain supplied to Sabal Trail by the Federal Energy Regulatory Commission (FERC) on February 2, 2016. The pipeline has since been built through the defendants’ land with no agreement and no payment. 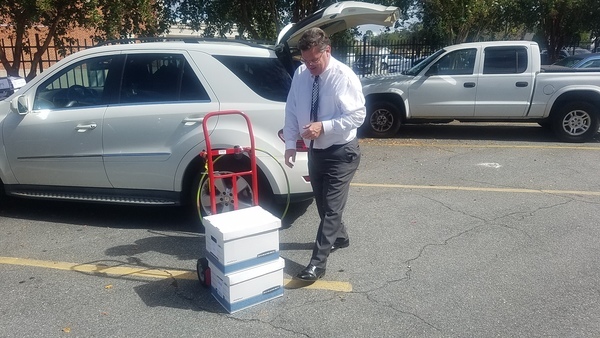 Judge Clay D. Land, Chief U.S. District Judge, Middle District of Georgia, told the jury afterwards that they had been working hard back there even if they didn’t know it. (The jury had been sequestered while the parties were negotiating.) The judge told the jury that the knowledge they were waiting to take the cases out of the hands of the parties helped them to settle.

From what the judge said and from what I saw on the previous days of these trials, I would guess that Sabal Trail was scared this jury might be even more generous than the previous two juries, which each awarded five times as much as Sabal Trail offered, on March 20, 2018, in Ocala, Florida and on June 27, 2018, in Valdosta, Georgia.

I asked Sabal Trail’s attorneys Brooke Voelzke and Matthew J. Calvert if they had any comment, but they did not. 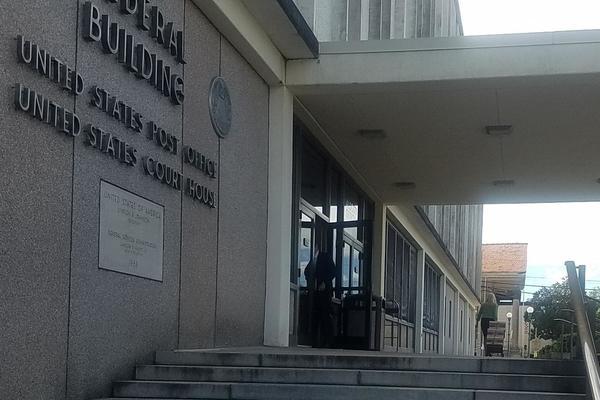 When Sabal Trail Gas Transmission Limited Liability Corporation entered my world in 2013, I was shocked that a for-profit private company could forcibly take ordinary ditizens’ land by eminent domain for their dangerous pipeline project, essentially forcing landowners to live near “time bombs” so their shareholders could make guaranteed returns. I made a commitment to myself to follow this project and get what I call a “lesson in government.” Now these eight jurors will get their own lesson in government. I could tell from some juror reactions to the defendants’ attorney’s Opening Statement that these jurors were already shocked by what the defendants had experienced… No matter the outcome of these three cases, I thank these jurors for their service, and I hope they learn a lot from the experience.

According to other observers, Attorney Waters referred to the impending easement agreement as a “death sentence,” to gasps from the jury and objections from Sabal Trail’s attorneys.

Around 9:50 AM, Jeb Bell and attorney Waters made some telephone calls outside, one would guess with brother Bob Bell and parents James and Chan Bell, all of whom were in the courtroom yesterday.

Yesterday Sabal Trail attorney Calvert grilled the elder Bell as son Bob wheeled his mother into the courtroom in her wheelchair. When asked what the subject property was for, father Bell said his wife had given it to their boys to build homes on. When asked if that would happen now, he said certainly not; he would not permit his grandchildren to be raised near that pipeline.

At 10AM this morning Jeb Bell and Waters discussed with the Sabal Trail attorneys in the courtroom, all moving over to a corner when they saw me there.

Son James Edwin “Jeb” Bell when testifying yesterday remarked that against the juggernaut of Sabal Trail he felt like David with no slingshot and no stones. Attorney Waters established yesterday that one of two Sabal Trail property appraisers, Zac Ryan, had been paid, or would be before this trial was over, two to three times as much as Sabal Trail offered the Bell brothers, in addition to another property appraiser, a timber appraiser, a right of way manager, and several attorneys.

At 10:08 AM Waters told the Clerk of Court “I think we’re close.” He and Jeb Bell went out again.

At 10:14 AM Waters and Bell returned and asked for the judge. While they waited, Sabal Trail Georgia Right of Way Manager Gil Norman chatted with them. He said something about Georgia wastewater with DNR; I don’t know if that was related to this case or not.

The judge returned, and Waters said there was a resolution. At 10:20 Calvert asked for the terms to be confidential and noted “a member of the public” was present. The judge asked everyone not with the court or part of the case to exit the courtroom for a moment, so I did.

After the judge spoke to the jury as related above, he thanked them for their service, told them to expect a check from Treasury, and sent them home. The judge exited, and I asked the Clerk of Court if the other settlements were confidential. She said they were.

Judge Land then came back out and asked who I was. I told him John S. Quarterman, Suwannee Riverkeeper. He shook my hand and said he had been involved with starting Chattahoochee Riverkeeper. I said, oh, with Ted Turner’s daughter. He said even before that. We discussed more about Waterkeeper history.

Afterwards outside as Judge Land walked by Waters, Bell, and me, he was carrying a jar of honey such as Gil Norman had been giving to people. I suppose he’s friendly to all sides.

Since the Jones case is apparently going to be in January, we may see Judge Land back in the federal courthouse in Valdosta then.

Here is some background on these cases.

Here is a report from the second day of these trials.

I will also post about the first and third days of these trials.