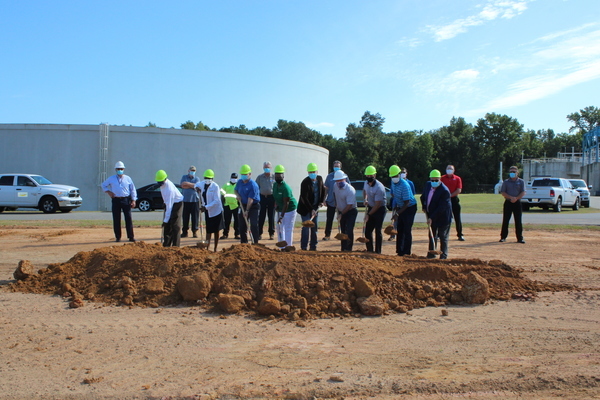 Since its start-up in 2016, the Withlacoochee Wastewater Treatment Plant has experienced multiple major rain events resulting in major inflow and infiltration issues for the City of Valdosta’s sanitary sewer collection system. In December of 2018, The Wastewater Treatment Plant received excess flows due to a rain event that lasted several days, ultimately resulting in more than 11 inches of rain. During the storm, city infrastructure operated as designed.[*] While the WWTP has a normal average daily flow of 3.5 million gallons (MG), during the December rain event, the influent flow peaked at more than 32 MG—ten times the normal rate. As a result of unprecedented rainfall into the plant, the structures were overwhelmed. The current system has four processing units, although during normal operations the system only requires one. During the December storm event, the Withlacoochee Plant was running all four units plus the excess flow equalization basin.

“City officials have worked diligently to protect the interests of Valdosta citizens and are excited to move forward with the Equalization Basin Project at the Withlacoochee Wastewater Treatment Plant. We will continue to focus on many other improvements to the sanitary sewer collection system as well.” said City Manager Mark Barber. “We will continue to maintain open lines of communication with those who are equally concerned about these issues as we are.”

“Our Utilities Department Staff is committed to protecting the environment in any way we can. This new equalization basin will allow us to receive and store any additional flows in the case of another major rain event, ultimately preventing any spills” said Darryl Muse, Utilities Director. “When the plant was built it was designed to hold four-times its average capacity. When we had the major rain event back in December 2018, we realized we needed to add extra capacity. I am excited to break ground on this project, it represents a true commitment by elected officials and city administration to improving our utility system and infrastructure.” 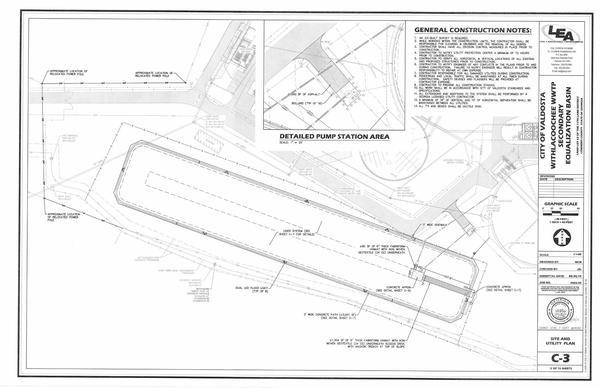 The project design work started in April, construction is expected to be completed in October, weather permitting. The project will cost approximately $1.8 million and be paid for by Special Purpose Local Options Sales Tax (SPLOST) funding. 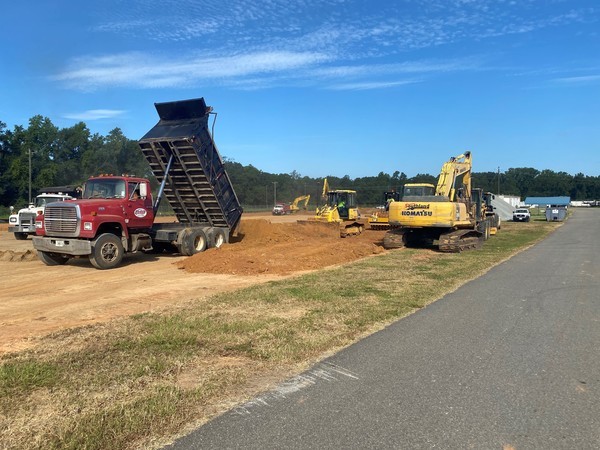 “This is an exciting day. We’ve been working hard to fund projects that will improve our utilities system and prevent any issues that may impact our Withlacoochee River, so today, to turn the shovel to begin the project is a very rewarding day because now we can see the end, and the completion of this additional storage basin.” said Mayor Scott Matheson. “I am proud of Mark, Darryl and the Utilities Staff for working with EPD to get this project permitted and approved. We originally estimated this project to cost $2.3 million but it actually came in under budget at $1.8 million, due to work that was done in house ahead of time by our hard-working city employees.”

In addition to this project, the Utilities Department also has the following projects underway: 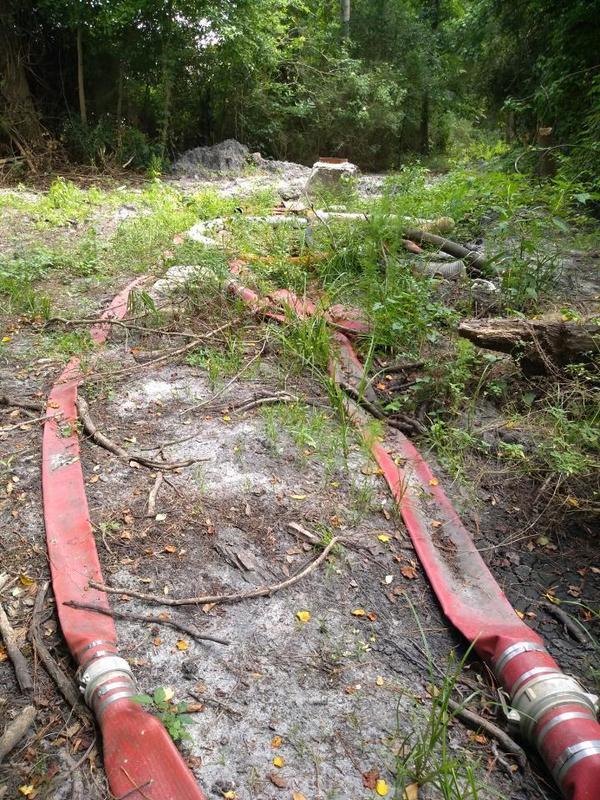 Photo: Scotti Jay, Hose and manhole on Onemile Branch downstream from Sustella Ave., 2020-06-02, which seemed to involve another manhole downstream and another upstream on the other side of the creek next to Sustella Ave. Valdosta said this was not a spill, rather manhole rehabilitation. Maybe this was the “Sustella Ave Creek Crossing” project?

For more information on the new EQ Basin project or the status of other sanitary sewer system improvement projects, contact Public Information Officer Ashlyn Johnson at (229) 259-3548.

I was invited to the groundbreaking, but got distracted with being on the radio this morning. Thanks to Valdosta PIO Ashlyn Johnson for the invitation and the press release.