Unanimously approved Wednesday by the WWALS board (PDF). JIA meets next Monday 15 July 2013. 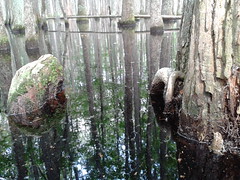 Here in central south Georgia our pocosin swamps and blackwater river flood plains are important for fishing, hunting, wildlife and ecological preservation as well as recreation and flood control. In our watersheds we have serious problems of flooding at least partly due to too much clearing of swamps for development of 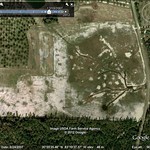 subdivisions and roads with their impervious cover. We need our swamps and floodplains protected, not developed.

The tidal marshes of Jekyll Island are no less important to Georgia, and the state has much more direct responsibility for the preservation of those marshes.

WWALS agrees with Georgia Nature Conservancy that marshes are not land. Jekyll Island has already reached the 35% of development permitted by the Jekyll Island Master Plan in O.C.G.A. section 12-3-243. That statute limits development to “not more than 35 percent of the land area of Jekyll Island which lies above water at mean high tide.” Since marsh is not land, it should be excluded from any computation of the land area of the island, and it does not matter where exactly the mean high tide level is.

Georgia does not need to purchase a little more profit for a few developers at the price of destruction of more of the jewel that is Jekyll Island. It is the responsibility of the state to preserve Jekyll Island and especially its marshes for the benefit and enjoyment of all Georgians. We ask you to affirm that marsh is not land.

3 thoughts on “Marsh is not land, not here, not at Jekyll Island –WWALS Watershed Coalition”