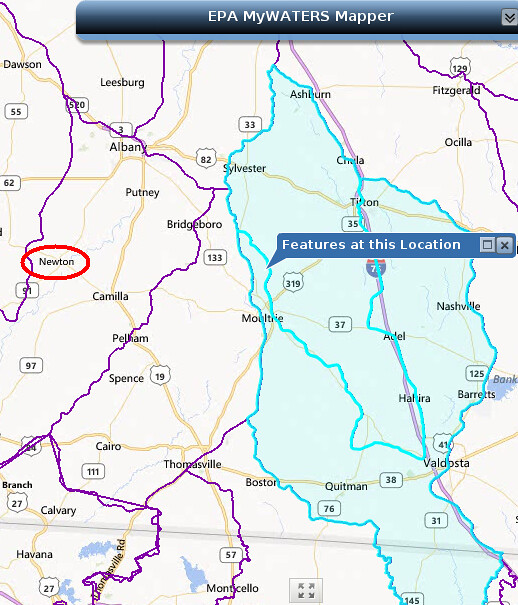 The Georgia Environmental Finance Authority will hold a public meeting regarding the aquifer storage and recovery (ASR) demonstration project that will be developed on Elmodel Wildlife Management Area. The meeting will provide a project overview and allow local stakeholders to learn more about the project before the design work begins, as well as to ask questions.

The ASR demonstration project will test pumping water of drinking water quality from the Floridan aquifer during periods of high flows, storing it in deep aquifers (the Claiborne and Clayton aquifers), then withdrawing the stored water to supplement natural stream flows in times of drought or low flows. Georgia is undertaking this project to determine if the Claiborne and Clayton aquifers in southwest Georgia, when aided by the use of ASR technology, might be a reasonable and cost-effective option for supplementing stream flows during extended dry periods.

The meeting will take place on Thursday, November 7, 2013, at 6:30 p.m., at the Baker County High School. The high school is located in Newton GA on Highway 37 just west of the Flint River. Use the following coordinates in your GPS or internet mapping service to locate the school ( 31.311408, -84.344594). For more information, please email Matt Harper.

This PR was carried by yesterday by WALB and WTOC with a different contact: