What crosses Lee Street and Gornton Road heading to the Withlacoochee River? 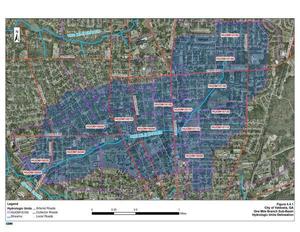 One Mile Branch and Sugar Creek, but you wouldn’t know that from Valdosta’s press releases.

At approximately 11:30 a.m. on Oct. 26, 2015, the City of Valdosta Utilities Department responded to a grease blockage that caused a sanitary sewer spill at the 1100 block of N. Lee Street.

City staff removed the grease blockage from the sewer main that caused approximately 600 gallons to spill into a storm drain that leads to an adjacent retention pond, which enters One Mile Branch. The stormwater drain and its discharge point into the retention pond were cleaned and disinfected. 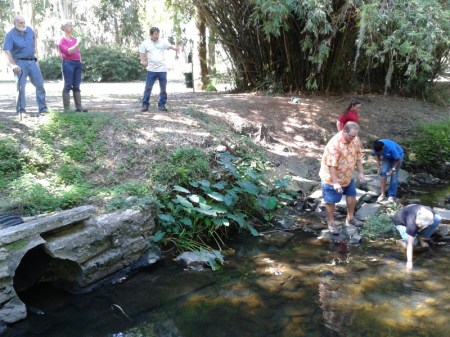 That PR continues with information about why not to dump Fats, Oils, and Grease (FOG) into sewer. Which is great, but the PR says nothing about where One Mile Branch goes. It doesn’t mention Vallotton Park, Drexel Park, or VSU, Sunset Hill Cemetery, Sugar Creek, or the Withlacoochee River, much less the Suwannee River downstream. 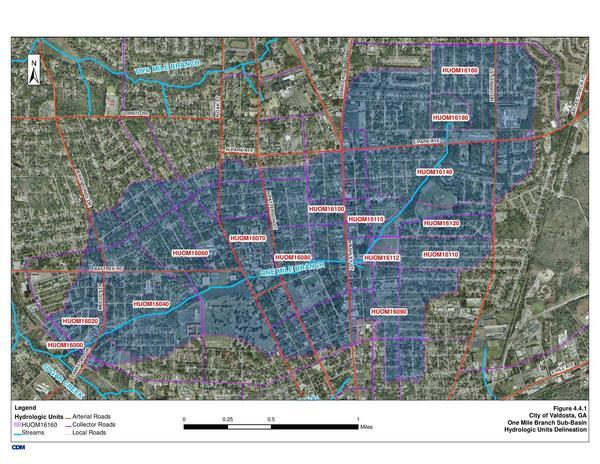 During a routine rainfall inspection on Nov. 3, 2015, at approximately 6 p.m., the Utilities Department staff identified a sanitary sewer spill at the 1400 block of Gornto Road that was caused by the nearly 4 inches of rain received in our area within a 24-hour period. As a result of the heavy rain, infiltration and inflow entering the sanitary sewer system caused an estimated 27,000 gallons of combined stormwater and sewer to enter Sugar Creek at this location.

Warning signs have been posted at the spill location, as well as downstream, to advise the public to avoid any contact with Sugar Creek in this area for the next seven days. City staff recovered wastewater, disinfected the area, and will continue to monitor and test the waters affected by this spill. The Environmental Protection Division and other public health agencies have also been notified.

How exactly do you recover all the wastewater that spilled in an area? Sure, the PR doesn’t say “all”, but it does say “recovered” unqualified.

Also what about Florida agencies downstream? Were they notified?

Maybe the Withlacoochee River and the Suwannee River really weren’t affected. The PR could say so, maybe with measurements to back that up.

In addition to the new Wastewater Treatment Plant and Force Main Projects, which are scheduled to be completed by early 2016, the city has continued its intense strategy that is repairing the existing infrastructure to eliminate sewer issues from occurring in the future.

Since the PR didn’t provide a link, here’s the Valdosta Sanitary Sewer System Improvements web page. Which still lists December 2018 for most of the projects on it, despite work going faster than that, as reported in September. Also still no answers to the questions about spills into the Alapaha River Watershed, nothing about which contaminants are coming from which industries into the Mud Creek Wastewater Treatment Plant and sometimes breaking pipes on the way, and nothing about independent measurements.

WWALS likes to speak up for the good things Valdosta is doing, and a bit more responsiveness on these remaining issues would be good.

If you go to Valdosta’s web page for Public Information, you can sign up to get email notification for a variety of items, including press releases.