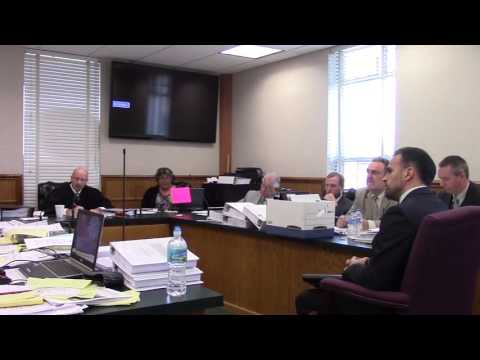 saying FDEP didn’t do proper due diligence on what Sabal Trail’s application, especially for the Outstanding Florida Waters of the Suwannee River and the Santa Fe River, the Suwannee County Commission is considering tonight a resolution against Sabal Trail’s proposed Hildreth Compressor Station.

“How about nowhere in our county. It’s like who wants this dangerous compressor station in Suwannee County ANYWHERE?”

David Shields testified at the hearing in Jasper that he had purchased land in Suwannee County because:

Clean air, the clean water, the environment. It’s really, in a lot of ways, ideal for what we want to do. There’s really not much industry there. There’s farming, but, you know, for the most part we have really good access to resources, especially clean water resources.

Poultry are very sensitive to toxins, if you’re trying to do it right. We do everything outdoors, and so clean air was important. You know, we just wanted to have a nice clean environment to raise our family and our livestock.

Then David Shields discovered Sabal Trail wanted to build a compressor station upwind of his family organic farm. Unfortunately, DEP already issued an air quality permit for that compressor station, and nobody noticed so nobody objected. But Suwannee County can still object to its location.

Suwannee County Commissioner Richard Gamble testified at the hearing that it cost Suwannee County “between 1.4 and 1.5 million to repair sinkholes at the Klausner sawmill site: who wants to go that again because of the invading Sabal Trail pipeline?

Suwannee County resident Wayne Ellison testified that the pipeline would bisect his property, and:

“Well, the existing pipeline that’s already there, the 12-inch one, we can’t build structures or plant trees on it, of that 50 feet right-of-way through there. And from what I can gather, it’s the same way with the Sabal Trail pipeline.”

Ellison testified about sinkholes on his property, including:

“And then in front of the house, there’s a whole chain of sinkholes that runs from Falmouth Springs that’s supposed to be one of the number one prestige springs, all the way there to — about to the river. They’ve dove it. We got a small map of the depths of the sinkhole. It was a certified outfit from Gainesville. And they named them all with the depths.”

Horizontal directional drilling (HDD) under the Suwannee River could leak drilling fluids into the river, or cause sinkholes to form that could collapse the riverbed or change underground water flow affecting water wells in unpredicatble places, according to the WWALS PRO, Sabal Trail’s own exhibits, and testimony by expert witnesses, including WWALS expert witness Dennis Price of Hamilton County, Florida.

Tom Edwards, who owns several miles of riverfront property on the Suwannee River where the pipeline would emerge, testified that he told Sabal Trail and DEP about multiple sinkholes, springs, and gopher tortoises that neither Sabal Trail nor DEP went to look at. Donna Ellison testified a sinkhole opened abruptly on her property and a calf fell into it. Wayne Ellison testified the yearling calf died. WWALS Counsel later mentioned a sinkhole in Hamilton County into which a man fell and died. Yet a Sabal Trail witness maintained neither of those was “catastrophic” because they didn’t affect an interstate highway or a railroad and weren’t as big as an Olympic swimming pool. Such a pool measures 82 feet by 164 feet one inch. Nevermind Sabal Trail’s own Karst Mitigation Plan, in evidence as an exhibit by all three parties, only says the pipe could support itself across a fifteen-foot gap.

“Why should Florida citizens (and Georgia and Alabama) risk their land, water, air, livelihoods, or lives for the profit of a pipeline invader from Houston, Texas? Maybe a calf or a many dying isn’t catastrophic to Spectra Energy’s profit, but it is to the farmer or the man or his family. WWALS stands with its members for property rights, the Suwannee River, and the Floridan Aquifer against this invading fracked methane pipeline.”

About the Suwannee County BOCC Meeting

Suwannee County residents or landowners may want to speak up tonight, as can anyone else. This item is still not on the published agenda, but we have assurances it will be added tonight.

Documents: sent to Suwannee County Administrator yesterday for the Commissioners to consider, /wp-content/themes/pianoblack/img//2015/11/2015-11-16-wwals-to-suwgov-with-attachments.pdf. WWALS members will be there tonight to explain those documents.

The Proposed Recommended Order by WWALS (and the ones by the Respondents), the transcripts, WWALS videos of the hearing, and all the exhibits are avaiable through the WWALS website: /issues/stt/

WWALS is the Waterkeeper® Alliance Affiliate for the entire upper Suwannee River watershed, which means it has the same responsbilities as a Riverkeeper.

WWALS is not a Riverkeeper because it has no paid staff. Everything WWALS does is done by its members. One way we know we’re doing what the members want is we do it and more members sign up because of it. WWALS’ opposition to the Sabal Trail fracked methane pipeline has caused many new members to sign up, including five who testified at the hearing. They and others are expected tonight in Live Oak.

WWALS thanks for financial support towards legal expenses: Sierra Club, Save Our Suwannee, and especially many WWALS members and other supporters.