What books do you know about rivers, swamps, creeks, spings, sinks, or ponds in the Suwannee River Basin? Or movies, TV shows, etc.? Send them in and we’ll add them to the list.

Below is a sampler to start.

There are probably more books about the Okefenokee Swamp than about any of the rivers in the Suwannee River Basin, but let’s start with this one.

This book got at least one future Riverkeeper interested early in the Suwannee River Basin.

The author calls herself “the plant lady” after what people in the Okefenokee Swamp called her back in the 1930s. When asked, she tells them she’s from New York City, where people live stacked up in big buildings. In the Swamp, she visits a cane grinding, a still, too many snakes, quite a few alligators, etc.

Tales from the Suwannee River Country, by Emily Curtis

Tales of the Suwannee River Country, a collection of twenty-six stories and essays, traces the personal journey of Emily B. Curtis, who grew up in North Florida during the Great Depression. As a shy young writer and pianist, Emily led a life of poetry and music and later became a teacher. Her father, a local attorney, defended the victims of shootings in the region, which introduced Emily to the world’s evils, and ultimately taught her powerful lessons about life. 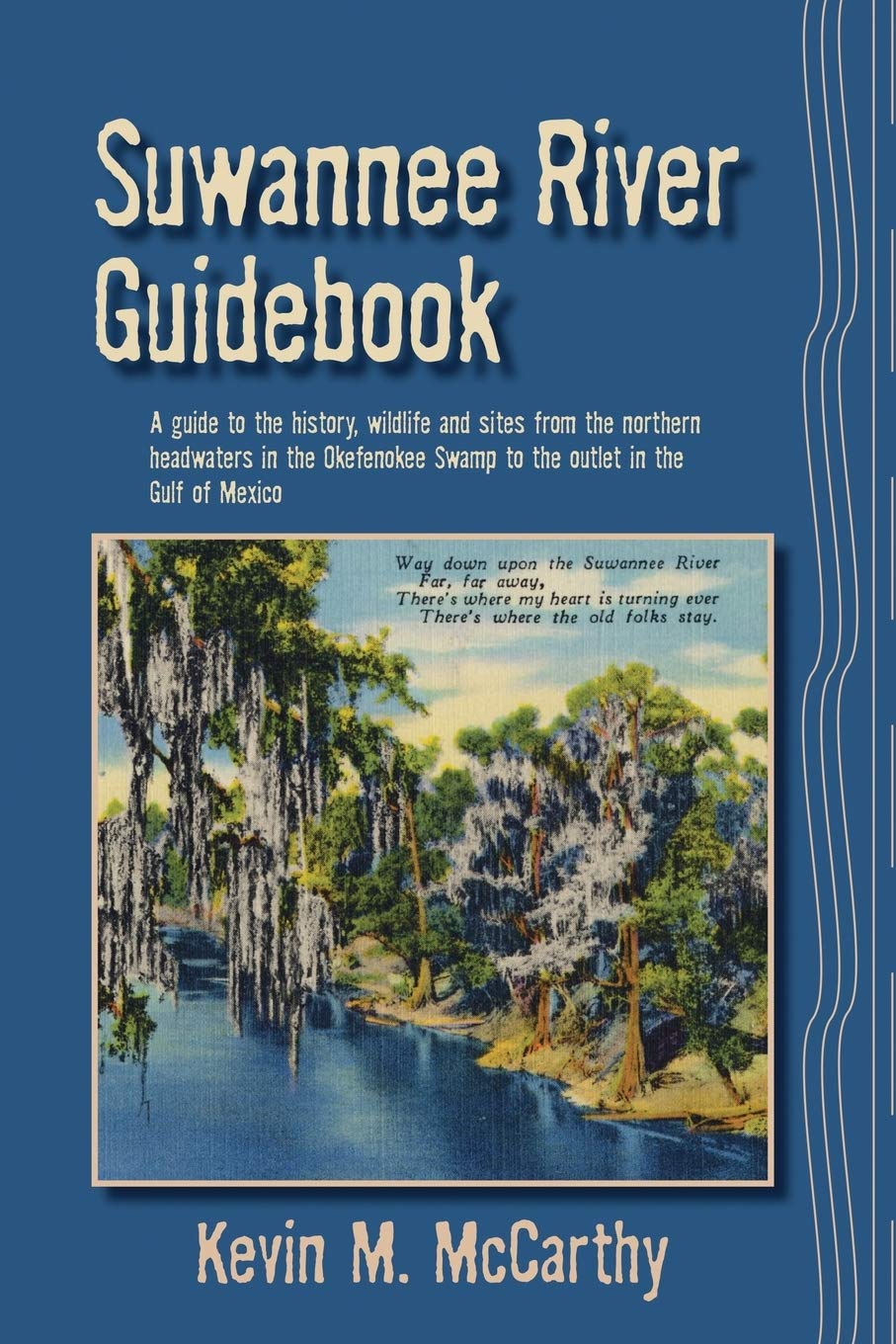 Anyone looking to escape the hustle and bustle of the modern world for a while is invited to sit back and enjoy a leisurely trip down one of the best-known and most beloved rivers in the country. Flowing more than 230 miles from the Okefenokee Swamp in Georgia to the Gulf of Mexico in Florida, the Suwannee may well be the last unspoiled river in the Southeast.

There are more books about the Alapaha River than I thought, if we include fiction. 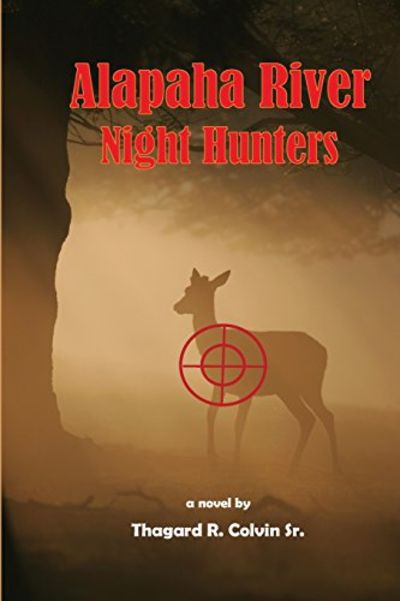 The title is pretty descriptive: it’s tales of hunting deer by night near the Alapaha River.

Janisse Ray, award-winning author of Ecology of a Cracker Childhood, and recipient of the American Book Award said, “This sassy first novel from Brenda Rose captures some of the conflicted and captivating characters of a rapidly changing South. The book poises on a fulcrum between cultures, between those digging in and those racing onward. It would be serious business if it weren’t so light-hearted and funny. And like most Southern writers, Rose is obsessed with the mysteries of place — the landscape comes fully alive beneath her pen.”…

Along a Wider River by Janice Dauharty 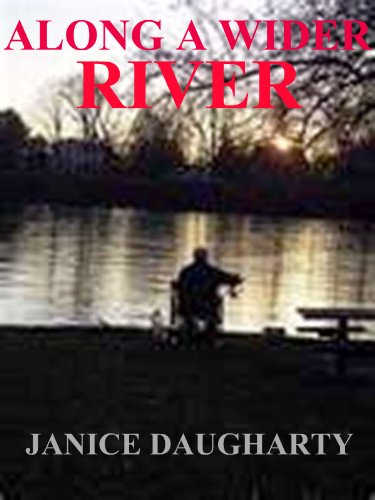 Revenge isn’t sweet for tenant farmer Dump Watson when finally he faces off with his long-time enemy Boss Pender across the Alapaha River. Fishing, Dump, now retired, recalls all the torment and insults from his bossman over the years. But when Pender has an accident Dump does his dead-level best to help him. “The slow water rills. The hawk lifts over the river, crying.”

She has written many books. Some of the rest may be about our rivers. She is associated with Valdosta State University and lives in Lanier County, Georgia.

If you know of any books about the Willacoochee River, let us know.

Books about the Alapahoochee River are rarer than fossil shark’s teeth.

We don’t know of any books yet. Meanwhile, here’s a movie about the Withlacoochee River, or at least a bridge across it. 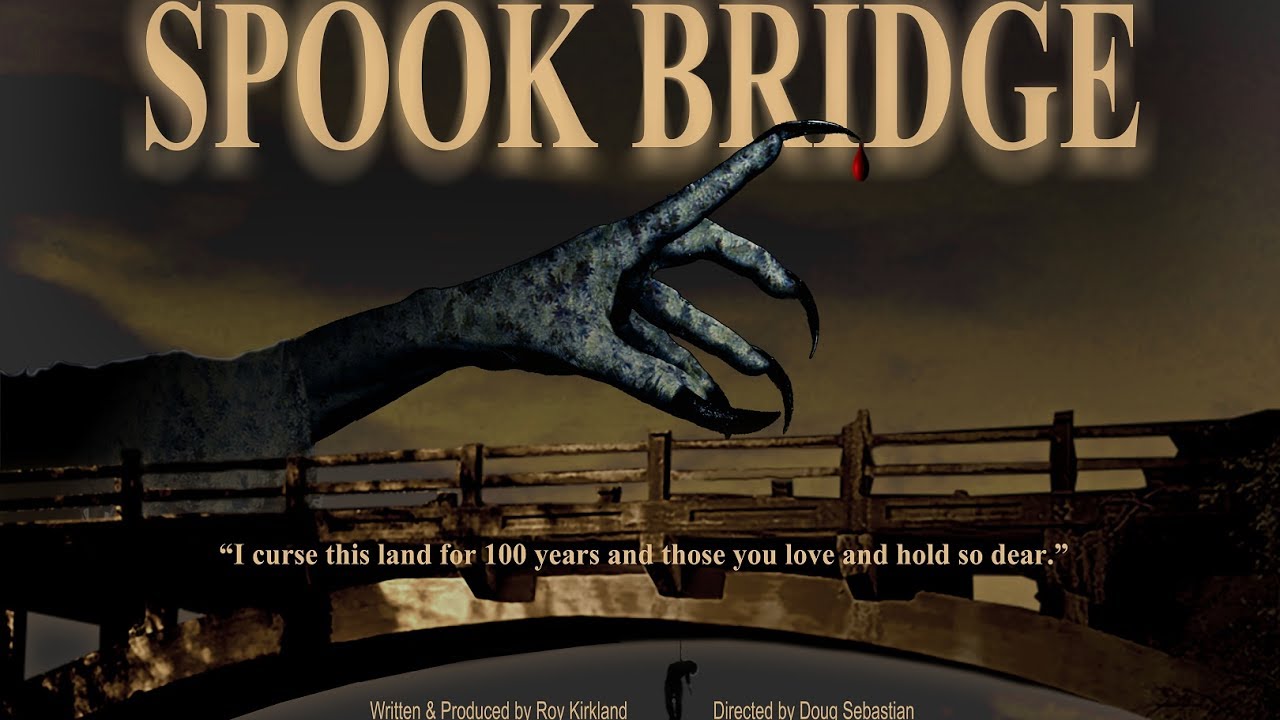 “SPOOK BRIDGE” is a horror film that follows a Reporter, Clyde Adams, a man in search of the cause of the recent mysterious deaths of teenagers on Spook Bridge. See RKDSmedia.com / SpookBridge.com for more info.

Quitman, Georgia, founded in 1858, is a small quiet town in the southern most part of the Empire State of the South. Located notfar from this gracious little town is a bridge built across the Withlacoochee River in the 1920’s. A bridge with many mysterious and unexplained deaths and has earned the nickname, SPOOK BRIDGE. In 1870, Ameletha Birch, only 15 years old, was banished from her family home. Her father, Beauregard Birch, a very well off Plantation owner, did not approve of her love affair with a hired handof another color. Only her Mammy showed love and compassion for Ameletha. She gave her a spell pendant that would keep her safe in the woods in which she was left by her Father to die.In 1916 a court battle raged questioning the legitimacy of land ownership in Brooks County, GA. The owner, Ameletha Birch, was being forced to sell her land so that a bridge could be built crossing the Withlacoochee river. She refused. But with orders from prominent individuals, Miss Birch was brutally murdered and her land seized. The bridge was completed in the early 1920’s but not without a price. Before her brutal attack, Ameletha Birch placed a curse upon her land and the bridge. Due to the many lives that have been lost throughout the years and natures fury which caused much destruction, the bridge was abandoned.In  2016, one hundred years after Ameletha Birch’s murder, her final curse is about to come forth. SPOOK BRIDGE is a horror film that follows a Reporter Clyde Adams, a man in search of the cause of the recent mysterious deaths of three teenagers on Spook Bridge. Clyde’s interest is deeper than just this recent event of gruesome murders. His parents were found murdered on the bridgein 1996. Welcomed by some and not by others, Clyde’s presence in this small town will prove more fearful than he could have ever imagined.

RKDS Films is in Valdosta, Georgia, as is director Roy Kirkland. The movie cast many local extras.

Let us know of any books about the Santa Fe River. The one in Florida.

Let us know of any books about the Ichetucknee River.

There are quite a few of these. More on them later.

Maybe this virtual bookstore will turn into a spreadsheet or a more formal bibliography, or a database. We’ll see what fits.