You can see on these maps that the Suwannee River Basin is massively agricultural, except where it’s forestry or swamp or other wetlands. Thus it’s no wonder that most of the nitrate runoff problem here is due to agriculture, as shown in the Basin Management Action Plans (BMAPs). 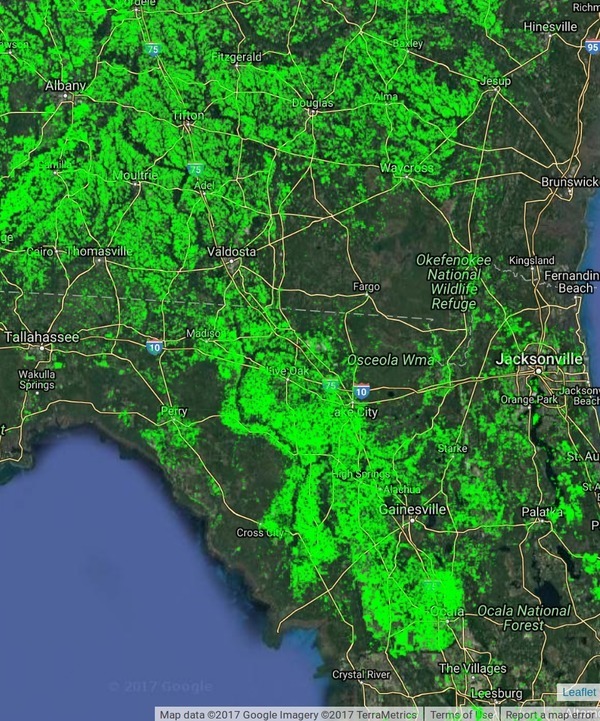 WWALS Science Committee Chair Tom Potter points to this Global Croplands map to illustrate the BMAP issues. The question remains of whether agricultural best management practices as advocated in the recent BMAP meetings will be sufficient to deal with the problem, considering they haven’t decreased it in the past decade.

The Overarching Goal of the GFSAD30 project is to map and produce cropland products of the world at 30 meter resolution.

For comparison, here is a map of springs, creeks, rivers, and watersheds in the Suwannee River Basin: 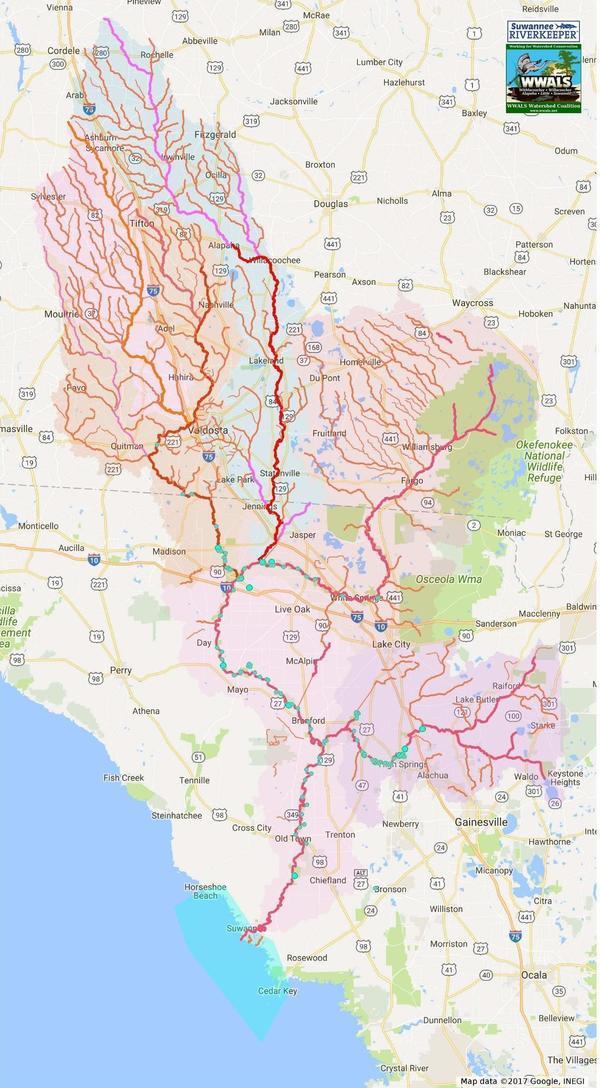 Let’s focus a bit more tightly on croplands in the Suwannee River Basin: 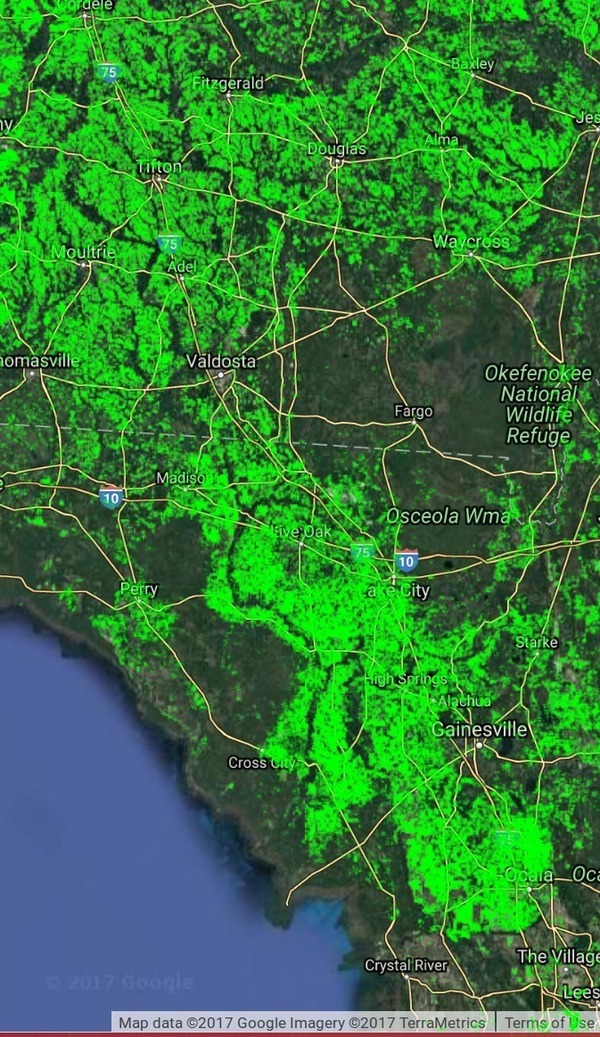 Lest anyone think that where there’s no agriculture it’s all cities, compare where nobody lives, as in census blocks with zero people:

Actually, where it’s not croplands its generally either forestry, such as between Valdosta and Waycross, Georgia, or swamp, or floodplain, or other wetlands. 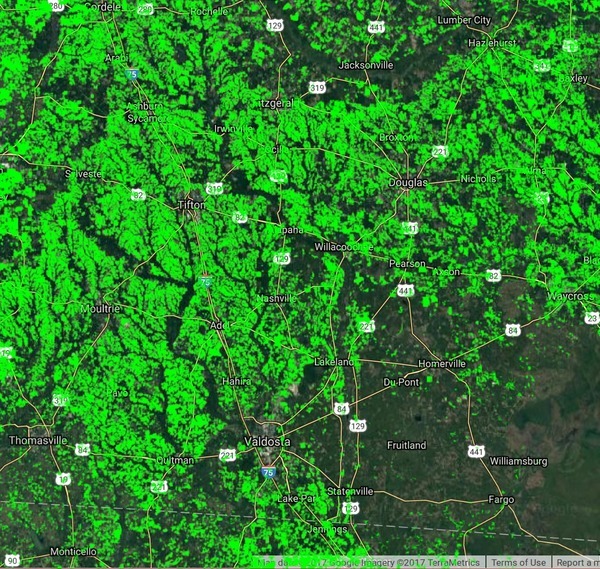 And the Suwannee River Basin in Florida: 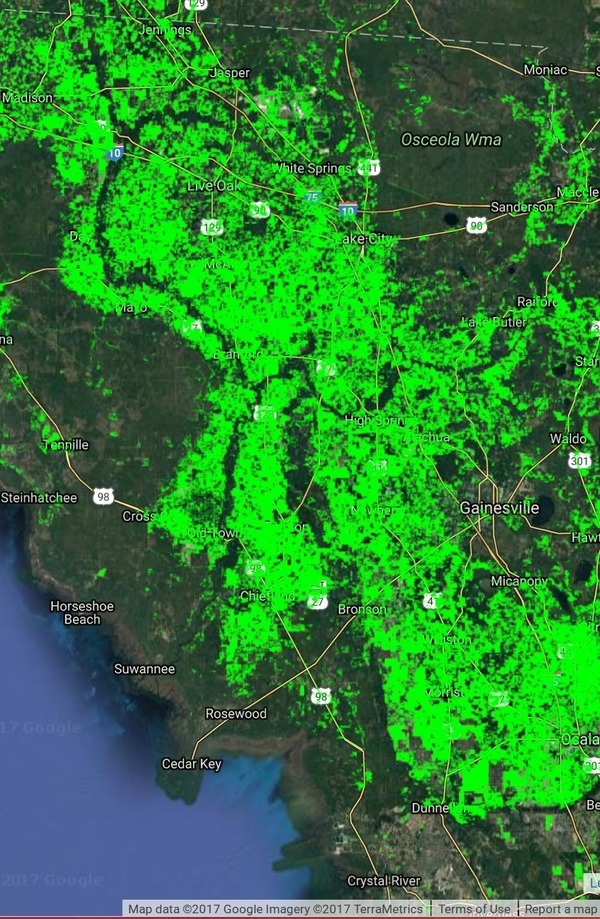 An example of more detail, from Madison Blue Spring to Live Oak, including the confluences of the Withlacoochee and Alapaha Rivers: 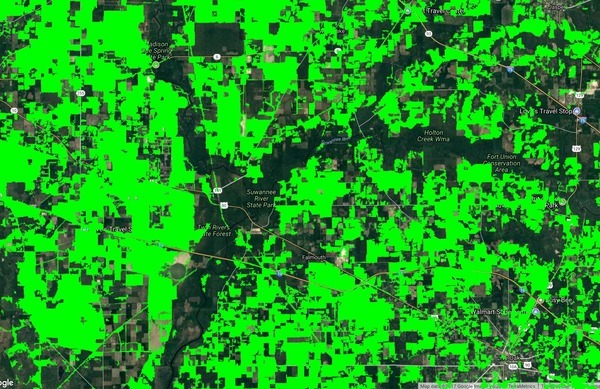 Let’s zoom out for context, and it’s obvious this is a more agricultural region than most of the rest of Florida: 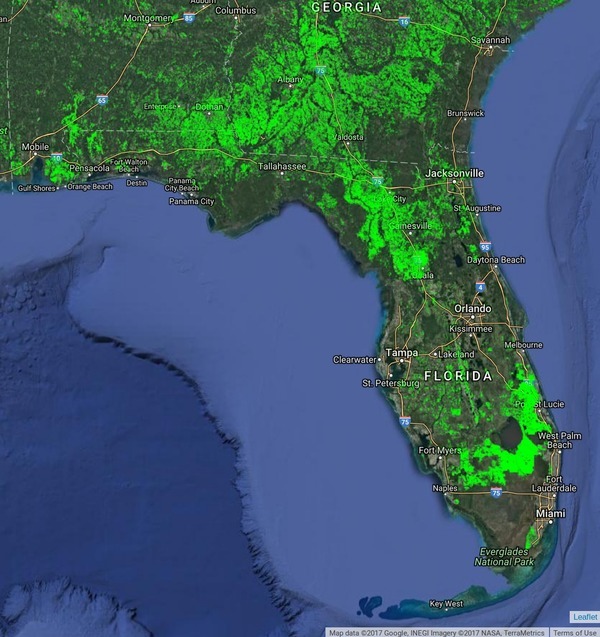 And if we look at Georgia, it’s obvious most of the agriculture is south of Macon, which is to say south of the gnat line, and much of it is in the Suwannee River Basin, plus there’s much forestry, for example between Valdosta and Waycross. 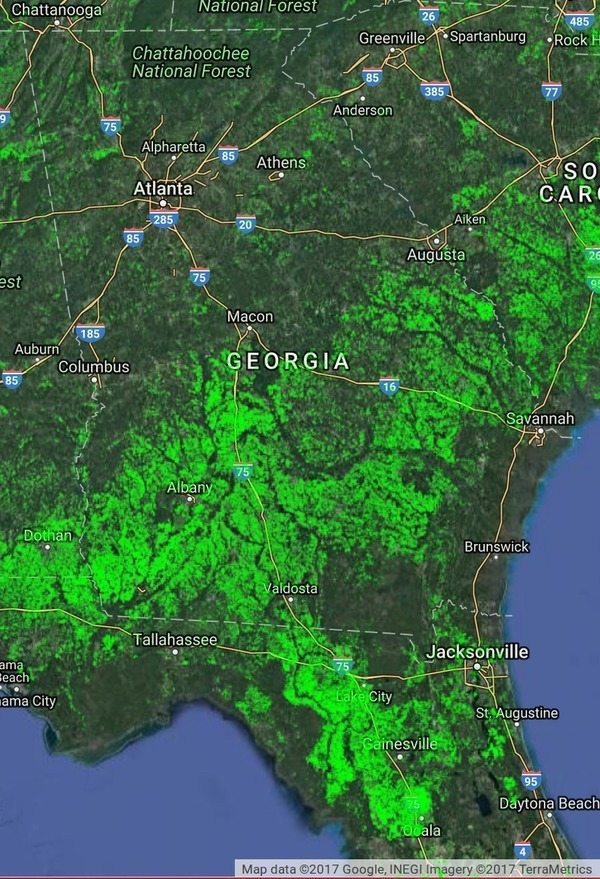 No wonder when people come down from Atlanta it’s like they’re from a foreign land.