First in a series of Where is the existing water quality data? In Georgia, it’s in Georgia Adopt-A-Stream’s database, online maps, charts, etc. And Adopt-A-Stream is not just for Georgia anymore.

The data record for the Suwannee River Basin is embarrassingly empty. 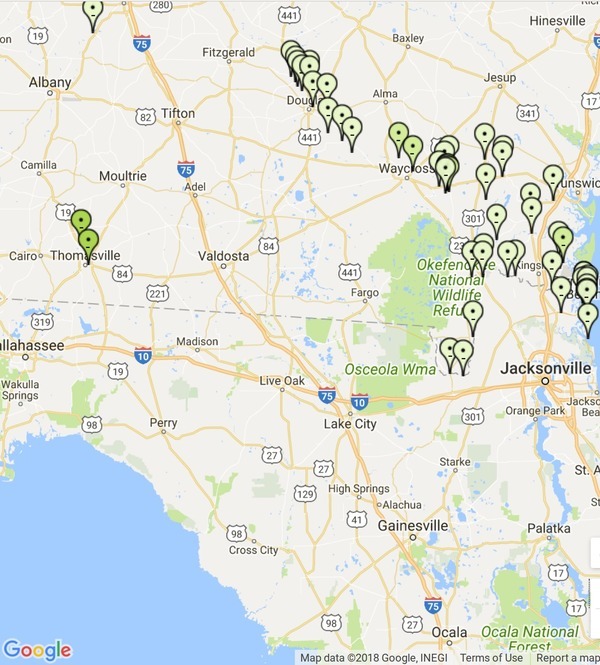 However, it turns out there’s data in Tennessee, South Carolina, and in Florida way down to Key West. So Georgia Adopt-A-Stream is a candidate for keeping Suwannee Riverkeeper data. Of which there turns out to be quite a bit already for Florida, END_OF_DOCUMENT_TOKEN_TO_BE_REPLACED

If Sabal Trail gas isn’t needed continuously when there was snow in Florida during the coldest week of the winter, when is it needed? This week when it’s warm Sabal Trail gas went to less than zero (-2 MDTH/day Nominated Capacity). So apparently it’s needed never. Shut it down. 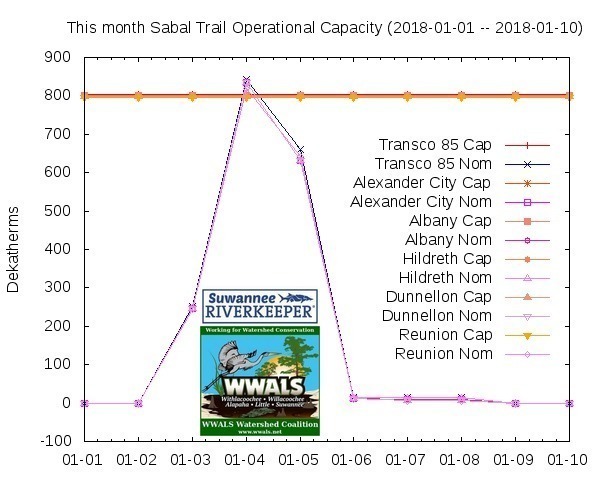 To review, Sabal Trail’s gas dropped to zero November 14, 2017, and stayed there for seventeen days, before going up slightly, dropping back to zero, bursting in the first week of January, shipping most of that gas to other pipelines and peaking power plants, then dropping back to almost nothing and then less than nothing. END_OF_DOCUMENT_TOKEN_TO_BE_REPLACED