Ain’t that the truth: “The upshot of this is that the pipeline companies get everything they want, and the property owners get nothing.” 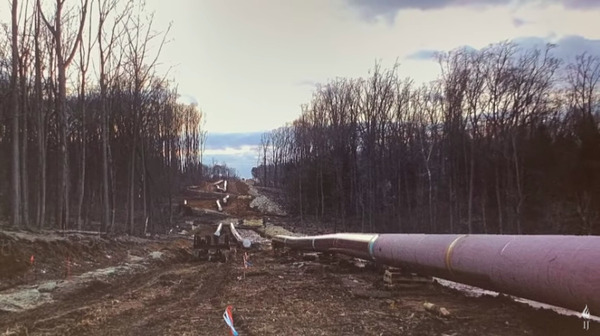 A lasting solution would be to remove private eminent domain from the Natural Gas Act (NGA), as proposed by the Georgia House of Representatives in 2017. Meanwhile, this Writ attempts at least to limit the damage. 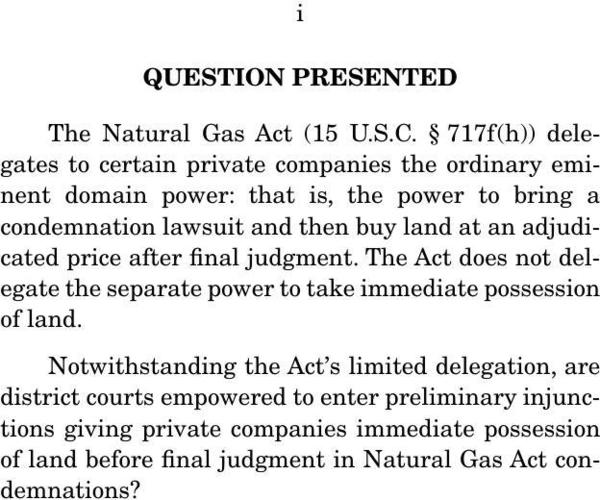 This Pennsylvania case is about Transcontinental Pipeline Company (Transco), which is also behind the Hillabee Expansion Project in Alabama, the source of Sabal Trail’s fracked methane in the Southeast Market Pipelines Project through Georgia and Florida, which continues with Florida Southeast Connection (FSC) from Orlando to Lake Okeechobee, now extended to the sea at Riviera Beach. That quote is by Robert McNamara, Senior Attorney with the Institute for Justice, summing up the problem a petition attempts to solve, that was filed yesterday with the U.S. Supreme Court, on behalf of Gary and Michelle Erb. 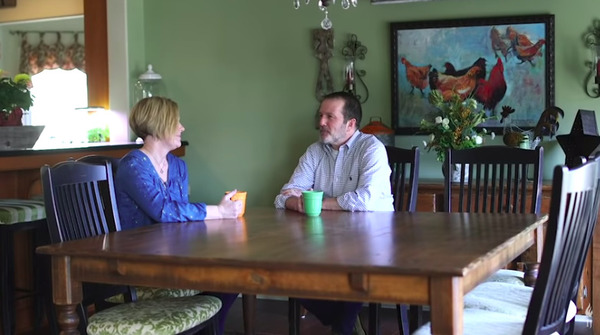 Here’s a press release and the legal filing document. 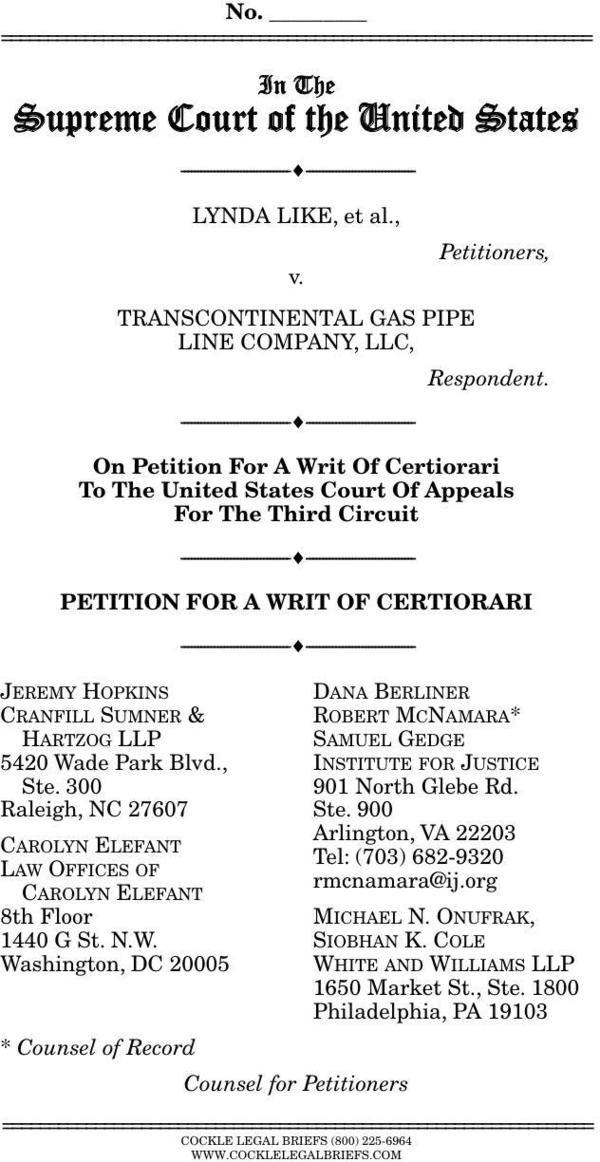 Here is the video:


“An Institute for Justice case appealed to the U.S. Supreme Court seeks to rein in pipeline companies that are abusing their power—power Congress intended to be limited—but that is now being regularly abused. Worse yet, rather than forcing pipeline companies to play by the rules, courts are enabling them to do something they have no authority to do: Take land today, and pay for it later . . . often much later. In the process, not only are people’s properties being destroyed, but so are the dreams they worked so hard to turn into a reality.”