One approach to change that is a Bill of Rights for Nature (BOR), to change the legal structure so rivers, swamps, aquifers, lakes, etc. presumptively have rights that corporations have to prove they are not violating.

We shouldn’t have to get more than 20,000 comments sent to the U.S. Army Corps of Engineers (you can still comment) pointing out that the Okefenokee National Wildlife Refuge contributes far more jobs (700+) and other economic benefits (more than $60 million/year) to the region and to Florida and Georgia than even the wildest promises of the miners (150-200 as in the application? 300? 350, as they told some reporters?), and the mine would risk all that, including boating, fishing, and birding in the Swamp and hunting around it. We should be able to point to the rights of the Swamp, Rivers, and Aquifer, and the miners should have to prove beyond a shadow a doubt that they would not violate them. Suwannee Riverkeeper supports Delaware Riverkeeper Network’s movement for a Green Amendment like Pennsylvania already has. Pennsylvania has rights to clean air and water right next to freedom of speech in its Constitution, and a recent court case by Delaware Riverkeeper Network established that that section is self-enforcing. People can sue based on the Constitution alone: no further enabling legislation is required. We’re all for that. Clean air and water rights for people is opposite and complementary to rights for rivers and aquifers. And why not both?

We need something to get mass support. People who want to swim, boat, fish, and hunt often already realize their rivers are bigger than just them. A Bill of Rights for Nature could get their support. SaFEBOR is demonstrating it can get support from students and even business people: what fishing or tourism is left if a mine destroys the river? 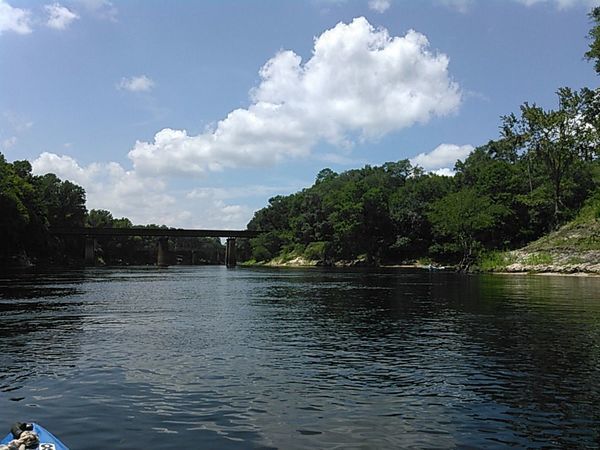