Yes, it seems like robbery, and no, we don’t have to tolerate any of this. 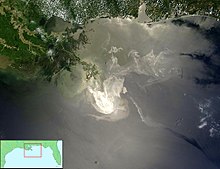 A fuel pipeline across the Satilla River is a danger to our county. Imagine a broken pipe spilling fuel into the Satilla for just one day.

Kinder Morgan’s proposed pipeline would transport 167,000 barrels per day of refined petroleum products to Jacksonville, Fla. It will likely cross the Satilla about a mile downstream of Burnt Fort. The river is tidal there. Any spill will quickly head both directions, spreading fuel into swamps and marshes, killing fish and trees, and reach the beaches of Cumberland and Jekyll.

How much is 167,000 barrels? A barrel holds 42 gallons. A semi truck has a fuel capacity of about 300 gallons. Suppose 23,000 trucks dumped their fuel into the Satilla at Burnt Fort Road. Fuel floats. It can catch fire. It will travel. How long would it take the spill to reach Cumberland?

The proposed pipeline crossing is 50 river miles from the mouth of St. Andrew Sound. The net outflow of the river there runs 2 to 3 mph on average. A fuel spill could reach Cumberland and Jekyll in less than a day and spread over the sound, ruining the beaches and the fishery.

Compare the spill travel time to how long it takes to discover the break and fix it, then to clean up. Days? Weeks? In the mean time, the tides would transport fuel back and forth in front of the Woodbine waterfront park. I hope no one driving over the U.S. 17 bridge tosses a cigarette from a car. Whoosh!

On land, the pipeline would be buried. How will it cross the river? laid along the bottom? Will pipeline elbows be exposed to vandals at the river banks? Worldwide, oil pipelines at river crossings have been targets of sabotage and terrorism.

Less dramatic but equally damaging are simple accidents. Collisions can occur with boats. Logs bump and snag along the Satilla. Will they ricochet off the pipe?

What will become of this fuel? Extracting oil has environmental costs. Surely this fuel will not be sold to another country when we could use it to lower our transportation costs.

Fracturing rock u nderground produces oil, but sometimes contaminates drinking water and causes earthquakes. To get the oil, we must tolerate these impacts, but what if we don’t get the full benefit of the oil?

For a few companies to make money on U.S. oil by stimulating the economies of foreign countries seems like robbery. If we are being asked to risk our river, let’s be sure we’re using that fuel here. Fuel is precious for transporting goods, services, soldiers, ships and warplanes, as well as in our daily chores and times away. What price of gasoline would cause you to give up your car? What price would cause you to give up in battle? All powerful nations with oil consider the strategy to “use foreign oil first.” Whoever has the last fuel wins. So let’s try to keep our fuel at home and our valuable Satilla out of danger.

Yes, it does seem like robbery. And as demonstrated by the Exxon Valdez spill, still not cleaned up 25 years later, and the BP Gulf disaster, with its oil sitting at the bottom of the Gulf and still washing up on beaches five years later, oil spills don’t get cleaned up. The U.S. military sees oil dependancy as a national security challenge and distributed renewable energy as the solution. Georgia Power recently agreed to build a 30 MW solar plant at Kings Bay Navy Base in Camden County, after four it was already building at Army bases in Georgia. Friday the Georgia Senate unanimously approved a solar financing bill. Georgia is already the fastest-growing U.S. solar market: that bill will speed that growth even faster.

So no, we don’t need to tolerate fracking, or oil pipelines, not even for profit for fossil fuel executives in Houston, Texas. We don’t have to be robbed, and we don’t have to risk our rivers, not the Satilla for Kinder Morgan’s Palmetto fracked oil pipeline, and not the Withlacoochee for Spectra Energy and FPL’s Sabal Trail fracked methane pipeline. Solar power is already rising on Georgia.