Update 2019-01-22: Yes, that’s the same day as the 4PM meeting in Lake City, Florida of the Task Force of the downstream counties. Since each county only has one Task Force delegate, maybe they can send other people to the Valdosta City Council meeting. Or, if Valdosta is too far for you, maybe you’d like to go to Lake City Thursday.

WWALS Watershed Coalition board member Eileen Box invited downstream counties and residents to come speak to the Valdosta City Council this Thursday. Suwannee Riverkeeper John S. Quarterman added, “Every Valdosta City Council agenda has Citizens to be Heard. They’re tired of hearing from me about sewage spills. Maybe if some of the affected parties downstream spoke to them directly they would notice. Come on up and give it a try!“

[Eileen] Box, who is a board member of the Suwannee Riverkeeper, said North Florida residents may need to expand the reach of their complaints. She said those concerns need to be directed at the people who can do something about it — the Valdosta City Council.

“If they start hearing from Suwannee County and Hamilton and Madison and all these counties that are affected, when you come and talk, it does have an effect, she said. That may be one little thing that we can do.”

The next Valdosta City Council meeting is this Thursday:

What: Agenda Item 5. Citizens to be Heard

[Florida House Representative District 10 Chuck] Brannan asked Box, who also expressed concern with runoff from local farmers affecting the waterways and would like to see regulatory backing behind Best Management Practices, if she knew what the reaction was in South Georgia.

Cropped from Starrfruit (Own work) [CC BY-SA 4.0], via Wikimedia Commons

Indeed, Best Management Practices (BMPs) are about all the Florida Basin Management Action Plans (BMAPs) have for how to fix the huge problem the BMAPs identify of nitrate leaching into springs and streams. The BMAPs say such leaching must be reduced by 83 to 92% in the Suwannee River Basin. WWALS has for years asked the Florida Department of Environmental Protection (FDEP) to do better. This is actually a much bigger problem than Valdosta wastewater. Maybe those now watching Valdosta would like to also help do something about BMAPs.

Back to the newspaper story:

“The group I belong to are all up in arms,” she said. “We care,” she said, adding that the Riverkeepers check and maintain the water quality of the rivers in the area.

With assistance from 30 Florida and Georgia organizations and some individual petition signers, WWALS after only a few months got GA-EPD in December to start publishing online each business day sewage spill reports for the entire state of Georgia. WWALS collects and analysizes those reports on the WWALS website.

WWALS also files regular open records requests with the City of Valdosta to get Valdosta’s water quality testing data. Until recently, Valdosta tested weekly at about eight stations. That data shows bacterial contamination is getting into our waters when there are no spills, as well as upstream of Valdosta’s wastewater plants.

As of this January, they say they’re going to monthly instead, and they’re dropping their two state line testing stations.

That’s yet another reason we could use all the help we can get with our WWALS water quality testing program.

Both [fellow county residents] Wendy and Fred Martin said the concern with water quality should also be directed at the Okefenokee Swamp, which feeds the Suwannee River.

Yes, that’s one reason we’re watching what’s happening in Waycross, Georgia about CSX Railroad’s contamination at the Rice Rail Yard and the Seven Out Superfund, both of which are just barely over the divide from the Suwannee River Basin, upstream from the Okefenokee Swamp. We also host a paddle outing in the Okefenokee at least once a year.

Lowndes County, accounting for about a third of the entire population of the Basin, and with its own sewer system serving much of unincorporated parts of the county outside Valdosta and the other four cities, has had recent spills, although none since they decided a few months ago to fix the sewer line on Val Tech Road that was a chronic problem.

The second largest city in the Basin is Tifton, Georgia, which has spilled frequently, including for at least four years now at its Agrirama Lift Station into the Little River, which joins the Withlacoochee River west of Valdosta.

Even tinier Rochelle, Georgia (pop. 1,112), way up at the top of the Alapaha River Basin, spilled 300 gallons of raw sewage this month.

Since Florida started posting pollution notices online last year, there have been zero sewage spills in the Suwannee River Basin in Florida. It is curious that there are bigger cities than Quitman and Rochelle in Florida in the Suwannee River Basin (Lake City, Live Oak, Jasper, Madison, Trenton, Chiefland, Cross City, and more) yet none of them have reported any sewage spills. Are those Florida cities just not reporting, or is Georgia not doing something right?

Wendy Martin, though, also addressed the concerns with wastewater getting into the aquifer.

“Even if it’s treated sewer water, I’d like to see every one of them drink a glass of it before they put it into the aquifer,” she said.

I’ve been saying for years if Valdosta’s wastewater treatment plants clean up the water so well, why not feed that water into their drinking water treatment plant? They never seem to take me up on that. Maybe if somebody from Suwannee County tells them that….

If you can’t come up in person Thursday, you can send them email, for example by sending it to the City Clerk and City Mananager and asking them to forward it to Mayor and Council: 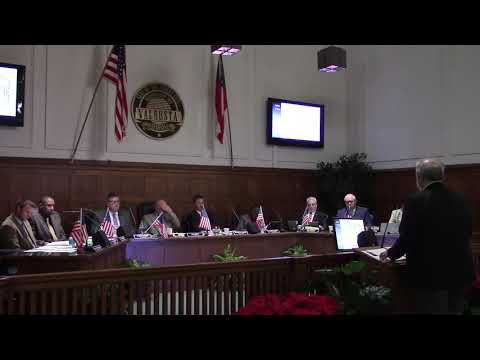 “Our constituents are hitting us up pretty hard about (the sewage spills), especially at a time when we start getting beat up by new septic tank rules coming down and we’re having a hard time getting stuff done in Suwannee County. Every time we get four inches of rain in Valdosta, we get 20 million gallons of raw sewage dumped in our back yard.”

Local resident Eric Rodriguez said, “If you need a local landowner to put his name on it to sue Valdosta, I’m willing to do that. I own a lot on the river and it’s a shame that that continues to happen and I can’t believe how long it’s been happening.” 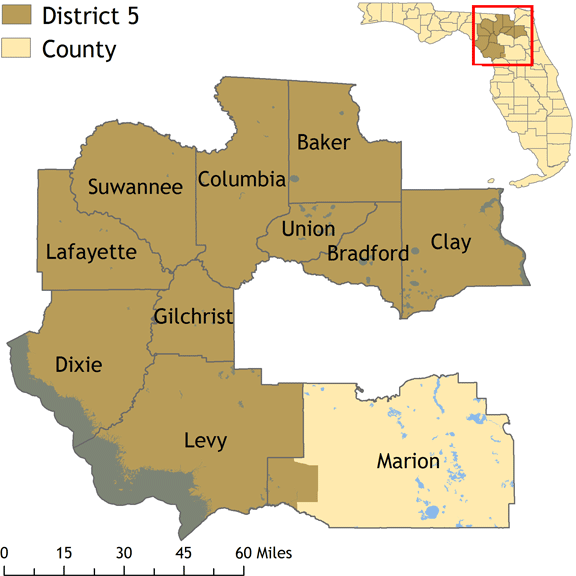 Local resident Tom Burnett said he worked for close to three decades for the U.S. Environmental Protection Agency (EPA), and he doesn’t believe Valdosta is following permit requirements. The story quotes him saying:

“When one entity injures another entity, you can go to court and recover the cost for that injury. Perhaps a civil case being brought to the city from whomever us being impacted adversely, maybe getting a $100 million adjudication against Valdosta may get them to change their behavior.”

Along with all the other big Georgia permits in the Suwannee River Basin, Valdosta’s two permits under the National Pollutant Discharge Elimination System (NPDES) are on the WWALS website:

At a recent meeting of the Task Force formed by the downstream Florida counties, several people said they believed that Consent Order had expired. I asked the Georgia Environmental Protection Division (GA-EPD) about that, and they said that while there are deadlines in those permits of December 2018, those are for completion of the work. GA-EPD decides how long the consent order lasts, which is normally until the work is completed. Obviously the work is not completed, since there are still major spills from Valdosta.

I have asked GA-EPD to include a method of public input into any such enforcement order. Last I heard that is being discussed internally at GA-EPD.

Meanwhile, you can come speak directly to the Valdosta City Council at this Thursday’s meeting, or at any other of their Regular Sessions. Or send them email.

I suggested this in the Task Force meeting weeks agao, and via email to Suwannee, Hamilton, and Madison Counties last week, and WWALS Board Member Eileen Box suggested it in the Suwannee County legislative delegation and in the Suwannee Democrat, plus Valdosta posts its meeting schedule months in advance, so please don’t say anybody did not have sufficient notice.