Here is an introduction by Wade Scott, and my request for people to ask the Army Corps to deny the permit application by Twin Pines Minerals, LLC, or at least to require an Environmental Impact Statement broad enough to cover the whole Swamp and the Suwannee and St. Marys Rivers, as well as the existing titanium mines in north Florida and south Georgia, plus the phosphate mines current and proposed in north Florida.

Brian Blount asked about ecology of the Swamp, and I expanded on how we are all part of that ecology. All those hunt clubs around it depend on the Swamp and its ecology, as do the 700 jobs and $60 million in economic benefits. 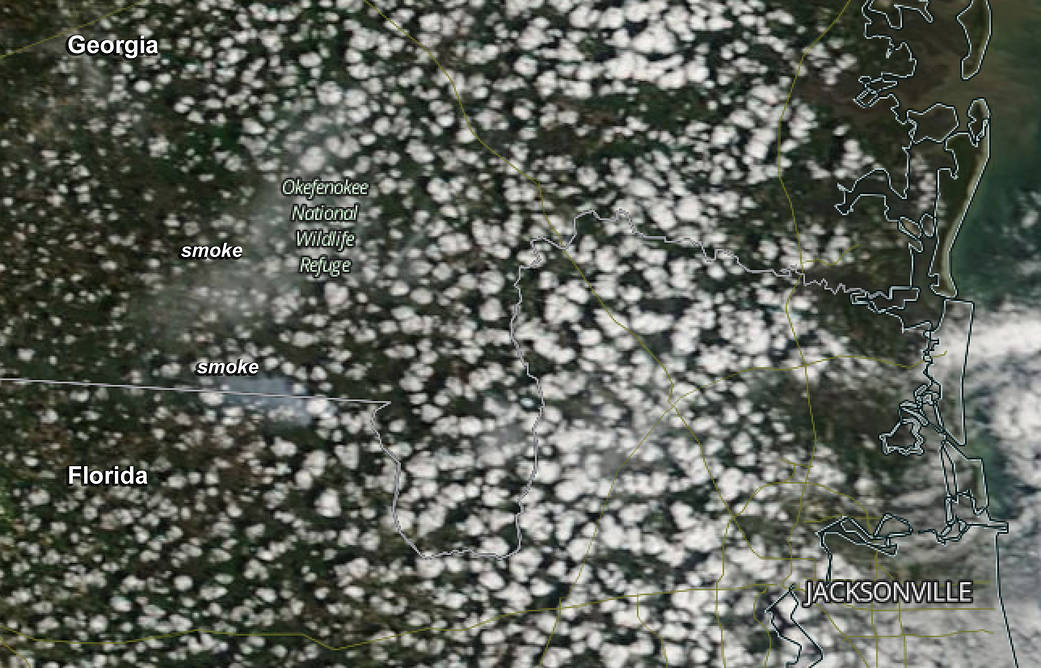 Smoke from the 2007 fires went seventy miles west to Quitman, Georgia, where it put my cousin in the hospital with pneumonia, as far north as North Carolina, and it pretty thoroughly smoked Jacksonville, Florida. The 2017 fires were bad, but not that bad, because of an organized plan for prescribed burns in a buffer zone around the Swamp.

If you have any trouble playing the files directly from this blog post, both files are on the WWALS google drive and on the WWALS website.

This is actually only Part 1 of the interview. Brian will be sending the second part soon.

Spoiler: in Part 2 I ask everyone to contact your local, state, and national elected officials and ask them to ask the Corps to deny the mine or at least require an EIS.

Meanwhile, for more than you probably wanted to know, see:
https://wwals.net/issues/titanium-mining/