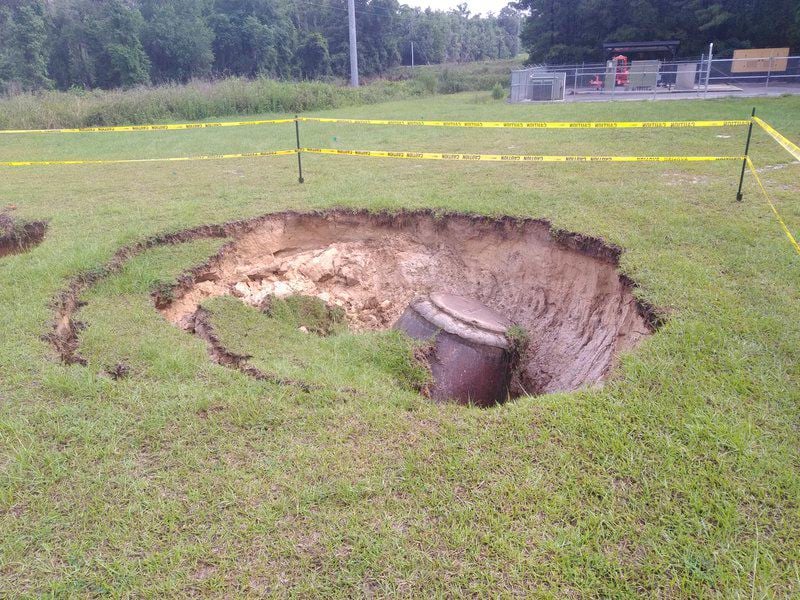 Monday, county utilities workers found the ground had caved in under piping at a sewage pumping station on Ga. 376 near the intersection with Loch Laurel Road.

There was no spill, Dukes said; the heavy rain simply washed out soil under a section of piping.

Bevel Creek in the WWALS Map of the Withlacoochee and Little River Water Trail.

On Monday, county utility workers discovered the ground caved in near a sewage pumping station on Georgia 376, near the intersection with Loch Laurel Road. There was a disconnection of a pipe that feeds into a manhole. But there was no spill, and contractors were called in for emergency repair.

“We had some of the material that was under the pipe washed away, and so with that, it caused a shifting in the pipe. But thankfully, it was a pipe that leads into a vertical manhole, so all the material was contained,” said Paige Dukes, Lowndes County public information officer.

Dukes said sinkholes are very common in South Georgia and North Florida, especially over periods of drought and then heavy rain.

Let’s hope there was no spill, since that area is in an aquifer recharge zone.