Let one pellet plant in, and another follows. WWALS asked GA-EPD to stop that second one in Adel, Georgia, on the divide between the Little and Withlacoochee River Basins, between Morrison Creek of the Little River and Bear Creek of the Withlacoochee River. Any contaminant spills could end up in one or the other. Deforestation could affect water flows and increase flooding.

See also the PDF, and the permit application.

By Electronic Mail to:

It appears that EPD approval of the Renewable Biomass Group’s (RBG) wood pellet plant in Adel has now drawn another application.

This application from Spectrum Energy Georgia, LLC (Spectrum), has numerous problems, including that several estimates of emissions are just slightly below Prevention of Significant Deterioration (“PSD”) applicability thresholds.

Those estimates are especially concerning that meanwhile Enviva Pellets Waycross, LLC, in Application No: 610193, is asking:

To remove existing HAP synthetic minor caps, to update the current permit basis to include emissions which were not previously quantified, to update emission factors for specific equipment based on recent compliance testing and engineering reviews, and to update the overall production rate of the facility to 920,000 ODT per year of pellets using up to 95% softwood feedstock.

Will Spectrum come back in a few years and ask to raise its estimates? Where is this question adressed in the Spectrum application?

The Environmental Justice (EJ) implications are a larger problem. Adel is a majority minority community, in which EPD has approved one polluting pellet plant, and now entertains approving another.

Beyond Adel, both RBG and Spectrum probably will draw wood from 75 miles around, from Tallahassee, Florida to the Okefenokee Swamp.

Adel, GA, pellet plant sourcing radius (PDF) That 75-mile sourcing radius around Adel would reach Tallahassee, Florida, and Albany, Georgia, as well as all of the Red Hills longleaf area around Thomasville. It would include all the Suwannee River Basin in Georgia: the Suwannee, Alapaha, Little, Withlacoochee, and Okapilco Rivers, from Fargo and most of the Okefenokee Swamp to Cordele in the north and Moultrie, Quitman, and Valdosta. As well as much of the Suwannee River Basin in Florida, include White Springs, Live Oak, Mayo, Jasper, and Madison. Plus the Ochlockonee and Aucilla Rivers and much of the Flint River on the west, and on the east most of the Satilla River and a bend of the Altamaha River.

This is in addition to the use of wood by the Waycross Enviva pellet plant.

While RBG’s CEO Craig Whitlock told the Adel City Council in September 2020 that RBG’s plant would not burn whole trees, its EPD air quality application said it could. https://wwals.net/?p=53580 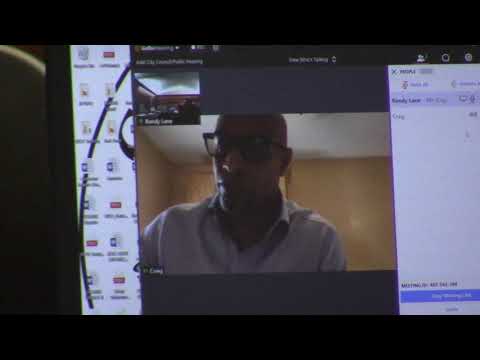 Historically, woody biomass plants that start out with tops and stems end up burning or pelletizing whole trees. Thus these pellet plants threaten deforestation across a wide swath of south Georgia and north Florida.

In WLRWT Map
Cook Street is marked by the red ellipse in the WWALS map of the Withlacoochee and Little River Water Trail.