Absentee landlords are letting trash get into Valdosta streets and creeks. What is the City of Valdosta doing about it?

Somebody named Gary McMillan reported two Litter issues on December 6, 2022 and January 6, 2023 through Valdosta’s Click ‘n’ Fix app. Both locations are slighlty uphill from One Mile Branch, which flows into Sugar Creek and the Withlacoochee River, upstream from the proposed Troupville Nature Park.

Trash near Baytree Drive and One Mile Branch map

City Marshalls in each case said they did something, which is good. But they closed out each ticket before reporting the actual outcome.

Both properties are owned by absentee landlords, who also own many other lots throughout Valdosta.

It’s time for the City of Valdosta to enforce its trash ordinances on property owners, especially absentee landlords.

Large amount of litter along Baytree Dr. and Jo Ree St. Some trash/litter is associated with a spilling bag of garbage. Much is not associated with the bag, but is typical of this neighborhood.

END_OF_DOCUMENT_TOKEN_TO_BE_REPLACED

Thanks to Valdosta for no sewage disasters since December 2019. Some manholes still need fixing, such as at Wainwright Drive on One Mile Branch.

But Valdosta’s mayor, council and staff seem to be staying ahead of the sewage situation, for example by buying 37 emergency generators, one for each lift station.

Now Valdosta needs to get a grip on its trash problem.

END_OF_DOCUMENT_TOKEN_TO_BE_REPLACED

That’s ten working days later, or almost two calendar weeks after they happened during Tropical Storm Elsa. Even Quitman is usually only one week late filing such reports.

However, unlike the vague “800 block” verbiage in Valdosta’s press release of July 8th, these reports have precise street addresses.

And these reports say which waterbody was affected. The “800 Block of E Brookwood Dr.”, from which I could not tell whether it went west into Onemile Branch, Sugar Creek, and the Withlacoochee River, turns out to be “836 E. Brookwood Dr”, and it went into “Knights Creek”, which runs into Mud Swamp Creek, the Alapahoochee River, and the Alapaha River.

So I’ll go back and revise our WWALS map. Maybe from now on Valdosta will report spills with this kind of precision and save everybody trouble.

Also maybe Valdosta will finally do something to END_OF_DOCUMENT_TOKEN_TO_BE_REPLACED

I thank the City of Valdosta for promptly sending their list of manholes to be rehabilitated, and manholes already rehabilitated, both in response to a WWALS Georgia Open Records Act request.

However, I am mystified why neither list includes the notorious spill locations on Mildred Street or Wainwright Drive.

I add up 358,525 gallons of sewage spilled at Mildred Street into Knights Creek in the Alapaha River Basin and 355,875 gallons at Wainwright Drive into Onemile Branch in the Withlacoochee River Basin. Those totals are each since 2015, according to records from the Georgia Environmental Protection Division (GA-EPD).

I haven’t added up spills from all the other locations that are on the Rehab lists. I would hope there are not many that have spilled more than a third of a million gallons of raw sewage.

How many gallons does it take to get on Valdosta’s rehab list?

It’s also interesting that these lists include for almost every manhole specific street addresses. Unlike the vague “1200 block” addresses Valdosta puts in its sewage spill press releases, and often in its spill reports to GA-EPD.

Speaking of which, despite Valdosta’s assurances that it had reported at least the two biggest spills of July 7th to GA-EPD, there is still nothing about any of those in GA-EPD’s Sewer Spills Report.

END_OF_DOCUMENT_TOKEN_TO_BE_REPLACED

“Doesn’t look good,” WWALS member Scotti Jay summed up the situation at the Wainwright Drive Onemile Branch manhole that spilled yet again in Tropical Storm Elsa. “No lime was put out.”

Back on November 11, 2017, Valdosta Utilities Director Darryl Muse joined WWALS on a cleanup of Onemile Branch, including at the bridge in these pictures. He said they were trying to get the number of sewer spills down to zero.

Yet a year later at a Valdosta City Council meeting and then at a SRWMD Board meeting, Director Muse neglected to mention the 218,075 gallons spilled at that location alone in December 2018. In both cases I had to stand up and correct him in public.

SRWMD Board member Virginia Sanchez noted, “You don’t want to swim in a little sewage versus a lot of sewage either. Both of them are bad. A spill is bad.”

When I asked him another year later during one of the Florida dozen-county Valdosta sewage Task Force meetings with the Valdosta City Council when Wainwright Drive would be fixed, Darryl Muse did not recall that location.

Still years more later, Scotti Jay last week observed, “You would be amazed at all the incompetent work being done around the Wainwright location. With no effort whatsoever towards improving the faulty, damaged manhole. Absolutely nothing.”

“Will the City of Valdosta finally repair the most dangerous sewer hole that threatens sewage intrusion. Ask your local government to update the sewer system.” Asked about the sign, Scotti Jay wrote, “it’s just zip tied. But some locations have permanent signs.” END_OF_DOCUMENT_TOKEN_TO_BE_REPLACED

“Something looking funny at one mile,” reported Scotti Jay Jones last night, from the Wainwright Drive bridge over Onemile Branch.

I would like to compliment Valdosta Utilities and its Director Darryl Muse for being on site and dealing with the situation. We do have a few questions, though.

From Onemile Branch to Baytree Road

Here’s what Scotti saw that tipped him off: END_OF_DOCUMENT_TOKEN_TO_BE_REPLACED

The City of Valdosta is lucky nobody fell into that open manhole it says is part of manhole rehabilitation. That manhole is next to the Azalea Trail where whole families with small children walk, and on Valdosta State University property next to the VSU Recreation Center.

Founding partner Matt Casey argued in court that defendant Trigen-Philadelphia Energy Corp. failed to properly secure the manhole, which had been removed by a homeless man shortly before Gustafsson happened by that fateful day. The trial lasted three weeks, featured thousands of documents and a closing scene that played out as if written in a Hollywood script. As the jury was set to return a verdict, at literally the last minute, the insurer offered to settle the case for $10 million—a sum Casey, in consultation with his client, rejected. Just moments later, the jury awarded the former promising medical student $85 million.

Recently, a state appellate court issued an opinion in an appeal from a judgment in favor of a plaintiff in her lawsuit against the City of Atlanta. The woman filed a lawsuit to recover for damages she incurred after driving into an open manhole. The woman contended that the government should be liable for her injuries because the manhole was a public nuisance. The city appealed a jury finding in favor of the woman, arguing that the woman did not meet her evidentiary burden.

Under Georgia law, a municipality “may be held liable for damages it causes to a third party from the operation or maintenance of a nuisance, irrespective of whether it is exercising a governmental or municipal function.” To recover for damages plaintiffs must present evidence that: END_OF_DOCUMENT_TOKEN_TO_BE_REPLACED

Mr. Quarterman, On yesterday the Department, including Mr. Fowler were in the field preparing for anticipated significant rain events over the next several days. As a result, there was no response within the 5.5-6 hour window you noted in your email. Included in this reply is your email to Mr. Fowler so we all can be on the same page as it relates to your request.

END_OF_DOCUMENT_TOKEN_TO_BE_REPLACED

Scotti Jay smelled a sewer spill. He found an open manhole, a bunch of hoses, and tracks of large trucks, presumably Valdosta Utilities pumper trucks. We don’t know, because Valdosta has not answered an inquiry from this morning.

This is on Onemile Branch behind the Valdosta State University (VSU) Recreation Center, downstream from Sustella Ave.

The good news from Sara Jay’s water quality testing: she got END_OF_DOCUMENT_TOKEN_TO_BE_REPLACED 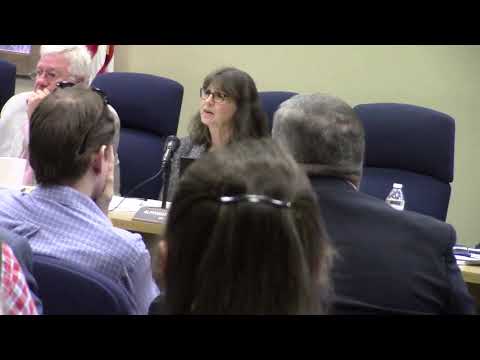 In the WWALS video, END_OF_DOCUMENT_TOKEN_TO_BE_REPLACED