If you weren’t at the Madison County meeting about Valdosta sewage, 1PM, Wednesday, January 8, 2020, you can see the whole thing in these videos I took for WWALS. 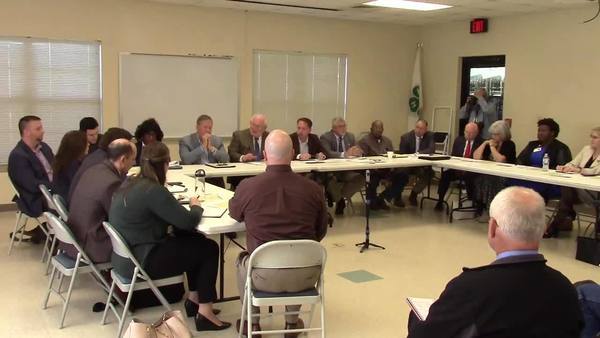 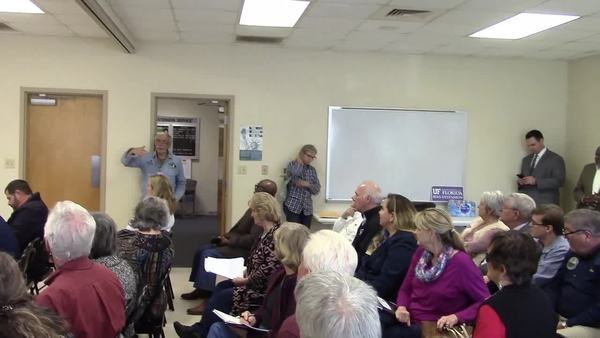 Another reporter visible in these videos, although he did not speak, Nathan Dean, WTXL, January 8, 2020, Community pushes for solutions after massive sewage spill in Withlacoochee River. 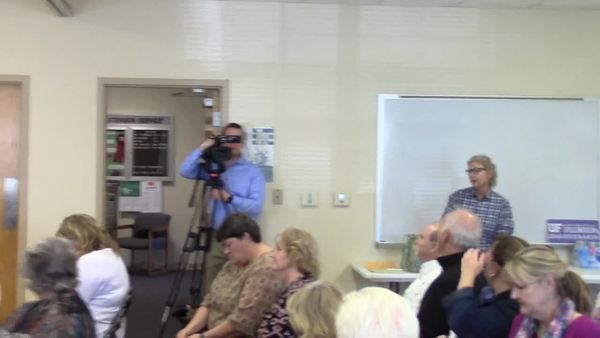 Below are links to each WWALS video of the Madison meeting, with notes, followed by a WWALS video playlist. The notes are not exhaustive; just some high spots. You can watch the whole thing and form your own opinions.

There are some higher resolution stills on the WWALS website. And this:

Suzy Hall with a Petrifilm.
Each bacterial test costs $6 for Petrifilms alone.
WWALS is spending about $40 a day on Petrifilms and other materials after this Valdosta spill.