Following up on the invitation I gave them in person last week, 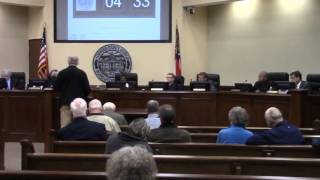 I sent this to the Lowndes County Commissioners just now, addressed to all five voting Commissioners, the Chairman, and the County Clerk:

Subject: Workshop at VSU, Outings, Movie, and Hike to the Suwannee River

Thanks again for the continued work on the Alapaha Boat Ramp, which will contribute to the quality of life recommended in the Comprehensive Plan.

As I mentioned at your Regular Session last week, you are invited to several WWALS events coming up soon, especially this one, which requires no boats:

And there’s this brief boating outing entirely in Lowndes County:

Even local citizens often don’t realize the Withlacoochee River is unusual in being undammed and mostly wild, yet flowing right through the biggest city and county in the entire Suwannee River Basin: Valdosta and Lowndes County.

Partly along the other side of Lowndes County, another paddle outing is scheduled:

Regarding the Sabal Trail pipeline, the movie to which I invited you in Live Oak is online now: At What Cost? Pipelines, Pollution and Eminent Domain in the Rural South.
/2016/02/13/online-movie-at-what-cost-pipelines-pollution-and-eminent-domain-in-the-rural-south/

For your information, half a dozen Lowndes County citizens attended the Live Oak screening, even though it was an hour’s drive away.

Last night in Live Oak, the Suwannee County Board of Commissioners voted to oppose fracking in Florida and to support home rule against bills in the Florida legislature, supported by massive contributions from the fossil fuel industry, to deny home rule:
/2016/02/17/suwannee-county-commission-voted-to-oppose-fracking-2016-02-16/

While there is no such bill in the Georgia legislature (yet), please be advised there is a shale gas basin under our feet right here in Lowndes County. Wouldn’t it be convenient for frackers to have that Sabal Trail pipeline already in place to ship their product?
http://www.l-a-k-e.org/blog/2015/03/fracking-south-georgia-and-north-florida.html

You are invited to join Hamilton and Suwannee County, Florida Commissioners as they hike to the Suwannee River tomorrow morning to see the sinkholes Sabal Trail didn’t tell FERC about, right where Spectra Energy of Houston Texas proposes to bore under that river. The Suwannee River Valley Transit Authority will have a bus ready at 8AM Thursday February 18th at the:

WWALS would be happy to organize a hike to the Withlacoochee River where Sabal Trail proposes to bore from Brooks County to Lowndes County through the same type of fragile karst limestone containing the drinking water for Lowndes County.

And thank you once again for working on the Naylor Boat Ramp.