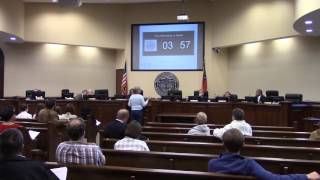 Here are LAKE videos of each speaker, with a few notes, followed by a video playlist.