This Fourth of July holiday, you can help promote continued independence of clean water 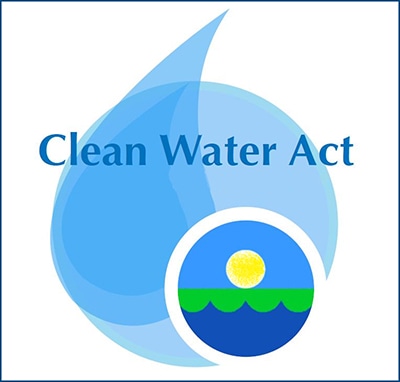 by opposing the EPA’s attempt to repeal the Clean Water Rule and then undermine the Clean Water Act. FLoridians in the seven counties that have asked the EPA to do something about Valdosta’s wastewater: here’s your chance to make sure the EPA can still do anything. Georgians who don’t want coal ash in landfills or industrial waste in our waters: you can help save the Clean Water Act. Everybody in the Suwannee River Basin: the water we drink from the Floridan Aquifer interchanges with surface waters, and we need the EPA to help protect all those waters.

You can submit your comments through http://www.regulations.gov/. Go to Docket ID No. EPA-HG-OW-2017-0203. They haven’t posted the proposed rule yet, so you may have to wait a few days to comment that way. Meanwhile, EPA also accepts comments by paper mail, email, and fax; see Alternate Submission Forms for HQ Based Dockets. Also, you can use the EPA’s comment page about this rulemaking.

The EPA provides Tips for Effective Comments, the first of which is make sure that you write the docket number in any comment or letter. Please go beyond saying you don’t like it: provide sound reasons why. Please send a copy of your comment here, for example by commenting on this post.

Why the Clean Water Act is Important

The Clean Water Act (CWA) for 50 years has protected our families and communities by preventing polluters from contaminating our waterways and polluting our drinking water sources.

The CWA was clarified a few years ago in the Clean Water Rule by the Environmental Protection Agency (EPA) and Army Corps of Engineers (USACE), about environmental protections for streams, wetlands, and other waters that feed drinking water sources.

Remember, the floods that caused the Valdosta sewage overflows in 2009 and 2013 did not start in Valdosta, but far upstream on rivers, creeks, and wetlands.

The EPA and USACE now move to rescind the Clean Water Rule and, according to EPA, “re-codify the regulatory text that existed prior to 2015 defining ‘waters of the United States’ or WOTUS.” The proposed new rule is available online. It clearly says that the plan is not just to repeal the current Clean Water Rule, but to revise the definition of waters of the U.S.

The accompanying press release says it is “to return power to the states and provide regulatory certainty to our nation’s farmers and businesses”. If the people pushing this rulemaking cared aout farmers, they would have stopped Sabal Trail from destroying Brooks County, Georgia farmer Randy Dowdy’s world-record-winning soybean fields, or they would be making Sabal Trail pay for now for that generational damage, to his fields and to many others.

Navigable is not the same as drinkable

This all seems to result from an executive order which pays lip service to “the national interest to ensure that the Nation’s navigable waters are kept free from pollution”, which omits all the other waters.

Floridians, none of the springs or most of their springsheds are navigable, and remember the Withlacoochee River in Georgia is not considered navigable, which could mean the EPA would not be able to do anything about Valdosta wastewater.

None of our rivers in Georgia are considered navigable: not the Withlacoochee, Willacoochee, Alapaha, Little, Suwannee, New, or Alapahoochee, so the EPA might well not be able to do anything at all in the Suwannee River Basin in Georgia.

The executive order continues in the same sentence: “while at the same time promoting economic growth…” Clean water promotes economic growth, in industry, agriculture, and tourism; dirty water does not.

As St Johns Riverkeeper reminded us in 2012, the Clean Water Act is estimated to provide $11 billion in annual benefits.

It would also load it onto the Georgia Environmental Protection Division (GA-EPD), already overburdened and overfunded, and already actively opposing even mild transparency laws about coal ash.

And onto the Florida Department of Environmental Protection (FDEP), which defended Sabal Trail’s fracked methane pipeline drilling under our rivers in WWALS vs. Sabal Trail & FDEP (October 2015). To my knowledge, neither GA-EPD nor FDEP have ever fined Sabal Trail for anything, despite mounds of evidence sent them by many organizations and individuals. Florida water agencies say there’s plenty of water for mega-developments like The Villages, despite decades of evidence that the water bank is way overdrawn.

Let’s go forward, not back to the dirty water past

The Clean Water Act is much of the legal basis for Riverkeepers protecting our waters. The whole Riverkeeper movement began with fishermen who couldn’t fish in the Hudson River anymore because it was too polluted.

I remember a river on fire in the 1960s and when cities deliberately dumped raw sewage into our rivers. You probably don’t want to see that.

How about all the states, and the federal government, too, do what Pennsylvania did, in declaring clean water and air and the preservation of a healthy environment a fundamental right like free speech or private property rights?